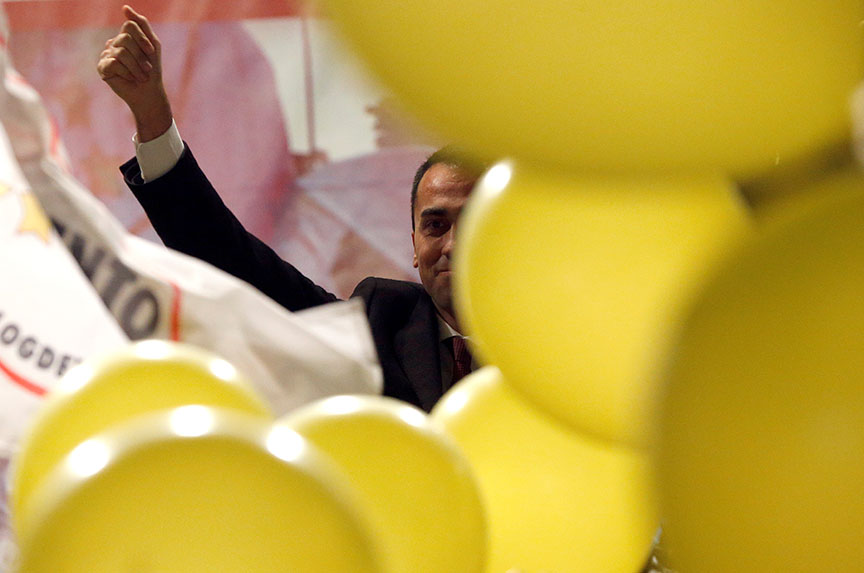 Italy’s March 5 parliamentary election, in which anti-establishment parties won half of the vote, has caused a political earthquake with the potential to reshape Italy, Europe’s future, and even how populism impacts democracy.

Traditional political forces on the left and center are foundering. What will take their place remains to be seen both within Italy and in Europe as a whole, which remains split between its “Franco-German liberal democratic core” and illiberal democratic regimes in Hungary, Poland, and now potentially Italy.

As expected, the Italian vote resulted in a hung parliament with no party or bloc receiving enough votes to govern by itself.  Most experts doubt that a new government will be in sight when the upper and lower chambers of parliament meet on March 23 to elect their respective speakers. As a consequence, there will be possibly months of political haggling, as has been the case following almost every major European election in the past year except for the one in France last May.

While the two main winners of the Italian election, the Five Star Movement and the League (formerly known as the Northern League), could together form a majority government, that seems unlikely for several reasons. Most significant of those reasons is the fact that there are important differences between the two movements and their leaders have largely ruled out a coalition.

Luigi Di Maio, Five Star’s leader, previously spoke against forming coalitions but after the election said he might be open to ad hoc alliances based on specific issues.

The rise of these two political movements, which share a skeptical attitude towards the European Union (EU), a positive view of Russia, and concern about the impact of immigration and refugees on Italy, also shows that populism can come with different political stripes.

The leaders of both parties come from opposite ends of the political spectrum.  Five Star is mostly made up of disaffected former members of the center-left Democratic Party. It takes a more balanced attitude towards Islam and migrants. The League, on the other hand, is a far-right and xenophobic party, though it has softened its views recently to broaden its appeal beyond its traditional northern Italian base.

The League and Five Star (known as M5S) also share a desire to end domestic economic reforms begun in 2011 in part to deal with the sovereign debt crisis that threatened to make it impossible to service the country’s debts as interest rates rose.  Instead of building on that progress, they want to break the EU’s budget rules and stimulate the economy. They would do this with a guaranteed monthly income or a flat tax, which will only worsen Italy’s long-term economic outlook, potentially raising the prospect of a new debt crisis.

A government led by a prime minister from, or that even includes, the League would also mark a sharp break with the postwar European liberal democratic consensus for the first time bringing a far-right political party to power in Western Europe. The League’s leader, Matteo Salvini, has spoken of his admiration for Hungary’s authoritarian-leaning prime minister, Viktor Orban, another EU leader with a hard line on migrants. Then there are Salvini’s suggestions for segregated buses for immigrants and citizens and his plan to deport all immigrants from Africa.

In addition, the absence of “any sort of American counterweight to European intolerance,” as New York Times columnist Roger Cohen put it, is also important.

The Italian election also poses what some consider “an existential crisis” for the EU since the fourth (and with Brexit, soon to be third) largest economy in Europe is likely to be soon led by leaders who question the value of membership in the bloc and have called for a referendum on leaving the euro.  While the country is unlikely to actually leave the EU, Italy will be less committed to the European project and a future crisis could easily revive calls for a referendum.

The rise of populism in Italy is also going to hugely complicate the plans of French President Emanuel Macron and German Chancellor Angela Merkel to promote modernization and reform within European societies and the bloc itself, changes that according to EU rules require unanimity.

Another factor is that even a government led by Five Star that does not include the League poses other risks. These include the almost complete lack of political expertise and experience of a movement based on “Internet democracy,” with all the concomitant risks of hacked votes and fake news, and the need to resolve internal contradictions within the movement itself, such as its actual positions on many issues.

Then there is the fact that leaders of both Five Star and the League have softened their views on NATO, another pillar of Italian postwar stability, but who knows how they would act while in power?  At a minimum, NATO is likely to have greater difficulty reaching consensus on policies towards Russia, and Italy might lower its defense spending despite its prior pledge to do the opposite.

Radical Italian plans would be constrained by a variety of factors like the need to get along with Italy’s EU and NATO partners. But if those partners ignore Italian concerns or reject them outright, that would only reinforce the populist trend in Italian politics, potentially pushing it in an even more radical direction.

No matter what happens in the coming weeks and months, Italy and Europe are now in uncharted waters.