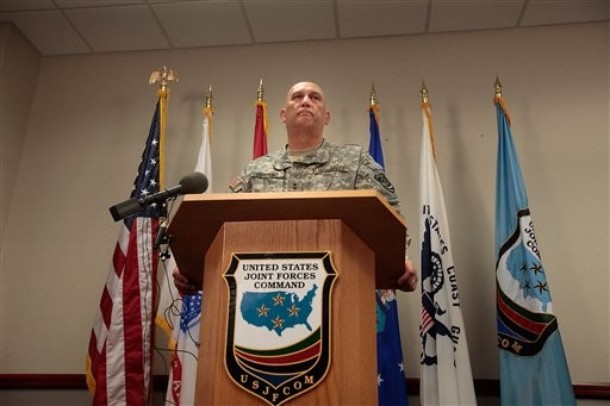 In “Goodbye, JFCOM” [AFJ, November], retired Col. Bob Killebrew argues convincingly for the elimination of U.S. Joint Forces Command as a four-star-led combatant command. He notes correctly that what is really happening at JFCOM is less a standdown and more a reorganization, acknowledging that “three essential functions performed by the command … should be maintained, whether by farming them out or by a shrunken and less rank-heavy headquarters.”

Killebrew cites the requirement for a joint readinesss and integration clearinghouse to ensure service programs remain compatible and to set standards for joint training. He wisely notes the requirement for an activity to continue to accomplish the hard work of joint and allied concept development, particularly under some four-star commander’s purview because of political sensitivities and international implications of allied concept development. Finally, he argues “the most important function now discharged by JFCOM is the development and promulgation of effective joint doctrine.” He argues for the streamlining of JFCOM and the parsing of certain JFCOM functions to other entities, such as other combatant commands and the doctrine development component to the Joint Forces Staff College — an interesting idea that bears separate analysis for viability and sustainability.

Surprisingly, Killebrew’s article, perhaps for brevity, overlooks what many operational commanders view as the most important function of JFCOM: the mission of joint force provider, a key component of global force management. The Forces For Unified Commands memorandum and Global Force Management Implementation Guidance assign most (more than 80 percent) of continental U.S.-based conventional forces to JFCOM. Combatant commanders generate requirements that are validated by the Joint Staff and forwarded to JFCOM for sourcing. JFCOM “direct[s], plan[s], coordinate[s], schedule[s], and control[s] the joint operations and inter-theater deployments of all USJFCOM forces.” Forces are then allocated to the combatant command generating the demand signal, and are later attached or transferred upon execution. JFCOM notes that this process “requires a considerable degree of coordination to build joint forces that ensure elements of our Army, Navy, Air Force, and Marine Corps can fight together as specialized, task-organized teams to meet the operational requirements of supported commanders in the field … [who] rely upon USJFCOM to pull these forces together from the global pool of conventional forces and coordinate their transfer to that senior commander for duty.”

The process works surprisingly well — Joint Staff validates the requirements, providing intellectual rigor and scrutiny to the combatant commander’s requests for forces and capabilities. Once authorized, JFCOM sources the validated requirements. The two-step process virtually guarantees that only justifiable, valid requirements will be sourced, mitigating service clamor and acrimony over the manpower and capability “bill.” The process effectively warrants that the services receive only requests for capabilities and forces that have been carefully scrutinized, balanced and analyzed for operational risk. Moreover, it permits full visibility of the entire inventory of available forces and capabilities, maximizing the joint force’s opportunity to conduct hundreds of smaller missions, exercises, and security cooperation and security assistance engagements, in addition to sourcing forces and capabilities to sustain operations in Iraq and Afghanistan. These opportunities and efficiencies would likely be lost but for the visibility and coordination of the global force and capability inventory provided by the process.

The joint force provider function must reside somewhere, ideally as an additional mission for a combatant commander. It should not reside at the Joint Staff and probably should not become a U.S. Northern Command mission. First, the chairman and Joint Staff may not lawfully command forces as the law presently is formulated; only a combatant commander may have forces assigned. Second, the validation and sourcing functions must be kept separate and firewalled, reporting to different principals. Otherwise, the validation process could be tainted by “bleed over” from the sourcing function — validation of requirements for scarce forces or capabilities could be tainted by low inventory if both functions reside in a single clearinghouse (e.g., “we do not have much of that requested capability; it must not be a valid requirement”). Finally, some commander must exercise combatant command over CONUS-based conventional forces prior to allocation and attachment. Transferring combatant command to an operational commander such as NORTHCOM might generate a deafening political cacophony, as there is a strong tradition against and careful procedures governing the operationalization and employment of the armed forces within CONUS. Historically, the polity simply is not comfortable with an operational commander in CONUS having command of a million combatants. It would also distract the NORTHCOM commander from his principal mission of homeland defense — also a potential political vulnerability and future source of controversy after the next CONUS large-scale terrorist attack.

In short, the joint force provider mission should not be sold short as an “additional” capability of JFCOM. It is crucial to effective global force management and must be accounted for as the Defense Department makes decisions on the future of JFCOM and its mission.

LtCol Butch Bracknell is the Commandant of the Marine Corps Fellow at the Atlantic Council. This column first appeared in the Armed Forces Journal. Photo credit: AP Photo.