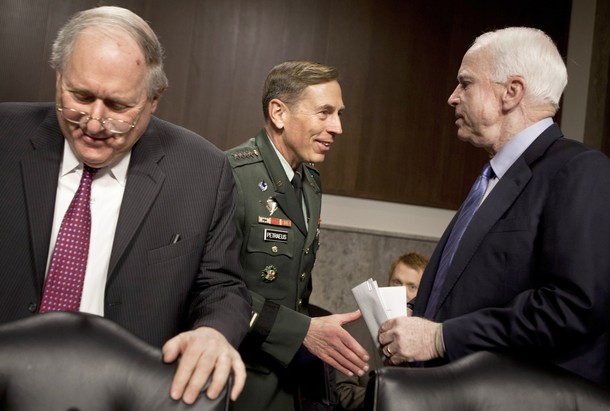 Spring officially began this week and the nice weather ushered in a new year (1390) in Afghanistan. If the blooming fruit trees and budding roses are indicative, the spring looks promising. To be sure, NATO and Afghan forces anticipate the challenges of a new fighting season. But NATO and Afghan military and police have also worked all winter removing weapons caches, building local security forces, and thickening security in areas once occupied by the Taliban.

These efforts are unclear from media coverage of the war, but not all is bad in Afghanistan. As General Petraeus told the Senate last week,

It is ISAF’s assessment that the momentum achieved by the Taliban in Afghanistan since 2005 has been arrested in much of the country and reversed in a number of important areas. However, while the security progress achieved over the past year is significant, it is also fragile and reversible.

The violence caused by the insurgency is not widespread in Afghanistan; it remains concentrated in southern and eastern provinces of Afghanistan. To be sure, violence levels are high in Kandahar, Helmand, and Nangahar, but there is relative peace in several of Afghanistan’s 34 provinces, including once violent Bamiyan, Badkhashan, and Panjshir. Even Kabul, which is home to about 5 million people, is relatively safe with little support from NATO forces.

Recognizing gains like these have been important to identify areas where NATO troops will cede combat responsibilities to Afghan security forces. Over the next six months, Afghans will assume the lead role in the provincial capitals of Lashkar Gah in southern Afghanistan; Herat in the west; Mazer-e-Sharif in the north; and Mehterlam in the east. Additionally, NATO will transition security for the provinces of Bamiyan, Panjshir, and Kabul (save the restive Sarobi District).

President Karzai trumpeted this important decision and offered a vision for his country during a graduation ceremony at the National Military Academy of Afghanistan. Karzai announced:

The announcement of transition is important, but it’s important to remember that this marks the end of the beginning of NATO operations in Afghanistan. By December 31, 2014, NATO will fully shift from a combat role to a support role—this is still three years from now. Further, beyond 2014, NATO expects a long-term commitment to support the Afghan National Security Forces through training, equipping, and economic assistance. By reducing the security deficit, this should help Afghanistan overcome what Paul Miller in Foreign Affairs described as “Somalian anarchy, Haitian poverty, Congolese institutions, Balkan factiousness, and a North Korean-style government.”

Derek S. Reveron, an Atlantic Council contributing editor, is assigned to NTM-A; his latest book is Exporting Security: International Engagement, Security Cooperation, and the Changing Face of the U.S. Military. He is currently on leave from the Naval War College. Photo credit: Getty Images.