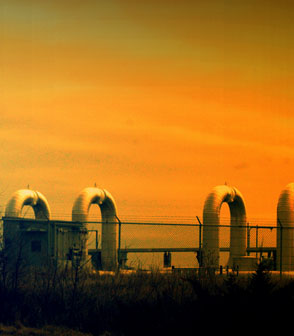 The Keystone XL pipeline has become a holy cause for environmentalists to rebel against, as evidenced by candlelight vigils in 49 states and a parade of protests across the country. It is also an agonizing decision facing President Obama.

While both sides of the Keystone debate have wrongly portrayed its impact, enviro-activists are profoundly wrong. So wrong in fact on basic issues, at considerable cost to their credibility, that one has to wonder why they have fallen on their swords over it.
The long-awaited State Department environmental-impact report, all 11 volumes of it, pretty much eviscerated the principal enviro arguments against the pipeline. The 1,700-mile pipeline, the report said, would not “significantly exacerbate” greenhouse-gas emissions.

The obvious reason is that, as the analysis also concluded, “approval or denial of any one crude-oil transport project, including the proposed project, is unlikely to significantly impact the rate of extraction in the oil sands.”

In fact, there is only one reason why Mr. Obama might not approve it: a leadership deficit. He fears alienating a key constituency of theDemocratic Party in an election year.

The enviros hyping of the Keystone XL pipeline as an act that will cause cataclysmic climate change is flat-out wrong. Ironically, they are right to point out that the extraction of oil from Canadian oil sands is a particularly dirty and polluting process, and a large contributor to emissions.

In fact, 830,000 barrels per day of oil that would otherwise move via the pipeline from Canada would instead simply find another route. If the oil moves on railcars — much Canadian tar sands oil currently does — it is actually more of an environmental threat. The growing railcar traffic has led to increasing spills and accidents along the route through Montana.

Worse still, from a U.S. interest perspective, there is more than a slight chance that Chinese state companies will finance a pipeline westward toCanada’s coast and export the oil to China. The United States would be a double loser: It would miss out on some 4,000 temporary jobs that pipeline construction would provide, and at the same time, it would reduce North American energy integration that enhances U.S. energy security.

All this raises the question: Why have the environmentalists portrayed the pipeline as the earth’s last stand against climate change? This is clearly nonsense.

There are two basic reasons. First, the abstract and complex science of the issue and long-term nature of climate change has made it very difficult to galvanize the American public — despite all the bizarre, extreme weather of recent years that should have sent up a red flag. Polls suggest that more people believe in UFOs than in climate change.

Second, having failed to gain political traction for major U.S. action against climate change — either a cap-and-trade policy or a carbon tax (a smart idea if done as part of tax reform) — the enviros are running out of causes. So they transposed climate change onto the Keystone issue. Having multimillion-dollar backing from a leftist hedge-fund manager in California has helped fuel their actions.

There is a compelling national-interest case for the pipeline. Not so much that it will create jobs; they will be temporary. More importantly, theKeystone pipeline would deepen a process of integrating energy markets in North America, building on the North American Free TradeAgreement. Not to mention the obvious energy security bonus of maximizing oil produced in North America.

The United States needs all the oil it can get. Moreover, Mexico is making market-oriented reforms of its energy sector that promise to open new oil and gas production in the Gulf of Mexico.

The 90-day period for agencies to comment on the State Department findings will be over by late April. Don’t expect Mr. Obama to make a decision. The exigencies of U.S. politics are such that the most likely scenario is that no decision will be made until after the November congressional elections.

It is unfortunate that the greens have decided to fall on their swords over Keystone. There are real environmental issues that ought to be in their sights. Keystone may well become the greens’ Waterloo.

Robert A. Manning is a senior fellow of the Brent Scowcroft Center for International Security at the Atlantic Council and of its Strategic Foresight Initiative. He served as a senior counselor to the undersecretary of state for global affairs from 2001 to 2004.