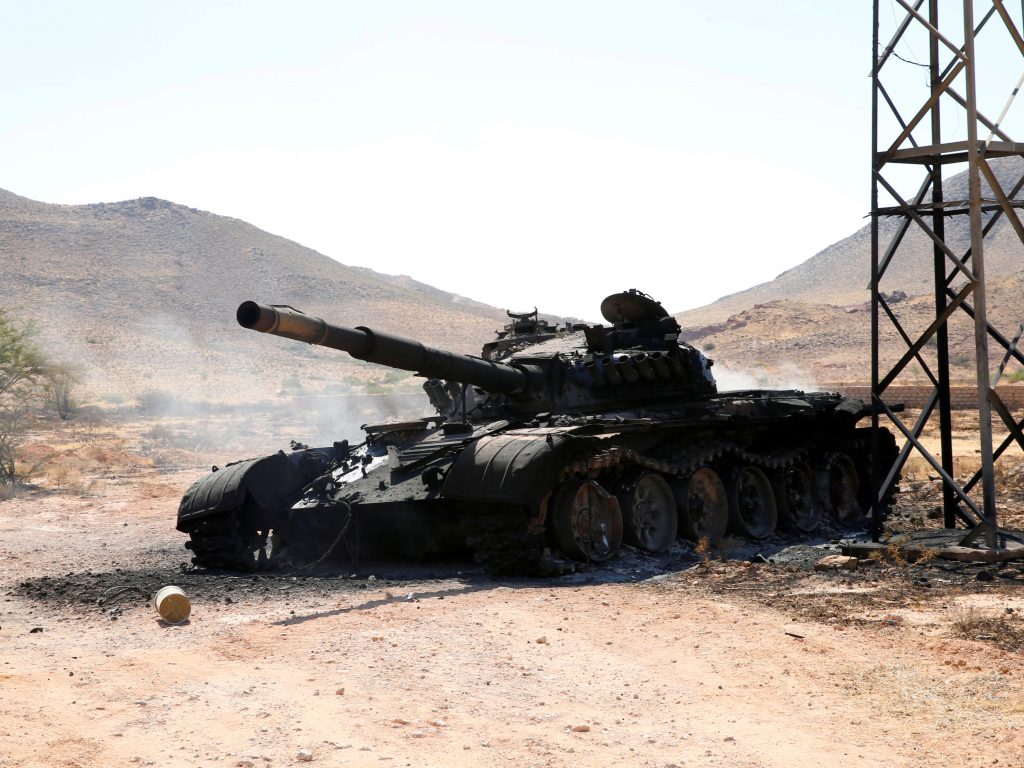 A few years ago, I was asked by an international journalist to comment on rumors about the presence of French troops in eastern Libya. Purportedly, France was actively supporting former Qaddafi army general Khalifa Haftar in his attempt to expand his control over the entire region of Cyrenaica. This was done under the pretext of combating Islamic radical terrorists and other opponents of the general, who had been appointed as Marshal by the rubber stamp Libyan parliament in Tobruk.

Skeptical of the traditional Libyan passion for unfounded rumors (an activity fostered by the Qaddafi regime to undermine opposition) and conscious of the French government’s outraged rejection of any insinuation regarding its support for the United Nations (UN)-sponsored and internationally-recognized government of Fayez Serraj in Tripoli, I strongly rejected these rumors.

A couple of days later a helicopter crashed in Cyrenaica and among the dead were three French special forces soldiers. International actors were shocked and Libyans responded with: “now you believe us!” I would not repeat my previous mistake.

When Haftar launched his attack against the civilian population of Tripoli on April 4 of this year, rumors again arose about the presence of French and Russian troops with the Libyan National Army (LNA), the self-given name of Haftar’s militia. This time I immediately acknowledged France’s military presence and called out all foreign powers for interfering in the civil war.

On June 26, when troops loyal to the Serraj government (known as the Government of National Accord, GNA) counterattacked and liberated the city of Gharyan, occupied by the LNA since April, US-made missiles were discovered. Upon investigation it was ascertained that these were missiles the United States had sold to France. The sale was accompanied by the usual “end user restriction clause” which prohibits the country who bought the weapons from re-selling them to a third party.

The news was received with much surprise in France and elsewhere because this would constitute a blatant violation of the UN embargo on the sale of weapons to Libyan actors. France first tried to deny that the weapons belonged to its army and then settled on an explanation that the weapons were never sold to anyone but were for the “self-protection of a French military unit deployed to carry out intelligence and counter-terrorism operations.” This justification provoked skepticism while confirming a tragic truth. France, a member of the Security Council of the UN, is supporting the restoration of one-man rule in a country where Paris itself helped overthrow one-man rule only eight years ago.

French President Emmanuel Macron has continuously and repeatedly stated his country’s support for the GNA, while at the same time supporting its aggressor. There is no excuse for providing weapons to someone intent on expanding his power and control over the whole country, while at the same time pretending to sponsor talks and negotiations with other factions.

It is now time for the international community to realize that it is not enough to repeat blindly that in Libya there is no military solution. It is necessary to act. There is no doubt that despite the existence of grievances and divergent interests among various Libyan components, the influence of external actors and their interests has continued and expanded the civil war.

Those intervening in Libya’s domestic politics must realize the error of these efforts, while neutral actors must hold these countries accountable for their meddling. The discovery of the US-made and French-owned weapons is just the tip of the iceberg, but should be enough to change the attitude, as well as strategy of the UN and its supporters. Time only will tell, but it is a commodity in short supply.

Karim Mezran is a resident senior fellow with the Atlantic Council’s Rafik Hariri Center for the Middle East. Follow him on Twitter @MezranK.

Image: A destroyed and burnt tank, that belongs to the eastern forces led by Khalifa Haftar, is seen in Gharyan south of Tripoli Libya June 27, 2019. (REUTERS/Ismail Zitouny)