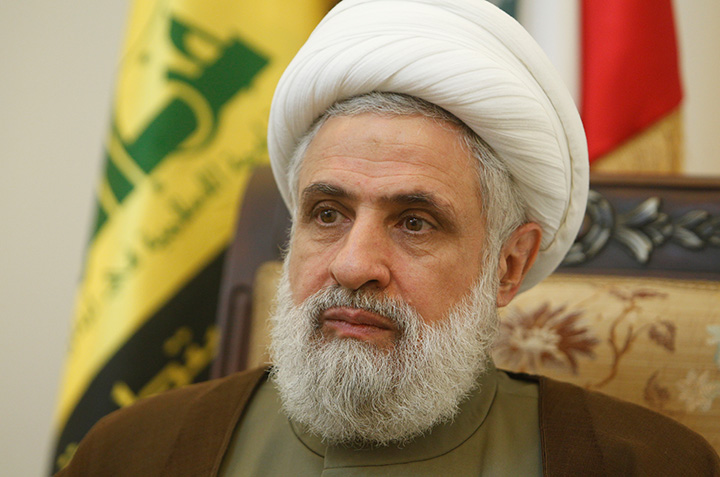 Lebanon’s militant Shi’ite Hezbollah displayed its new armored capabilities for the first time during a military parade in the Syrian town of Qusayr in Homs province, offering the most compelling example yet of the Iran-backed group’s adoption of conventional military tactics and equipment alongside its traditional low-signature asymmetric doctrine.

The parade was held on November 11, the date of Hezbollah’s annual Martyrs’ Day commemoration, and featured hundreds of fighters alongside dozens of armored and soft-skin vehicles and artillery guns. Sayyed Hisham Safieddine, the head of Hezbollah’s Executive Council, gave a speech to the assembled fighters. Images of the parade were subsequently shared on pro-Hezbollah social media sites, although the party’s own media organs did not report the event nor circulate Safieddine’s comments.

Kuwait’s Al-Rai newspaper reported in September 2015 that the Syrian army had handed to Hezbollah seventy-five T-55 and T-72 tanks allowing the organization to establish an armored unit. Anecdotal evidence and conversations with Hezbollah fighters lent credence to the report, but the parade in Qusayr, which featured the new unit’s emblem emblazoned on the vehicles, provided the first concrete visual evidence.

The equipment on display included T-54/55 and T-72 tanks, 2S1 Gvozdika self-propelled howitzers and BMP-1 infantry fighting vehicles, some of them fitted with rails to launch AT-3 Sagger anti-tank missiles. Several anti-aircraft (AA) guns were on display, including the 100 mm KS-1 AA gun, twin-barreled 14.5 mm light AA guns, twin-barreled ZSU-23-2 AA guns mounted on the back of pick-up trucks and ZSU-57-2 self-propelled AA guns. Most of these systems are almost obsolete in an air-defense capacity and the rebel forces in Syria do not have air power anyway. Instead, Hezbollah uses them in a ground role where they retain some utility, especially in landscapes like the rugged and barren Qalamoun mountains straddling Lebanon’s eastern border with Syria where combat was marked more by the use of stand-off weapons rather than close-quarter engagements.

A curious anomaly to the Soviet-era equipment on display was US-made M113 armored personnel carriers (APCs). The Syrian army is not equipped with M113s, which has raised speculation that they may have come from Lebanon where the Lebanese army possesses more than 1,000 versions of this APC. Hezbollah is designated as a terrorist organization by Washington and if it emerged that the Lebanese army had passed on a handful of M113s to the group it could put at risk the US Defense Department’s military assistance program to Lebanon. The Lebanese army is the world’s fifth-largest recipient of US foreign military assistance, geared toward modernizing it and allowing it to better defend Lebanon’s porous borders.

A more plausible explanation is that the M113s are war booty from May 2000 when Israel withdrew from its occupied strip of south Lebanon. The Israeli-backed South Lebanon Army (SLA) militia operated M113s and abandoned them during the frantic two days of the withdrawal. This writer saw Hezbollah men driving newly-seized T-54/55 tanks and M113s through the villages of southern Lebanon at the time. Although the abandoned equipment and vehicles were supposed to be handed to the Lebanese army, it is more than possible that Hezbollah kept some of them to itself. Furthermore, Hezbollah captured one M113 during a raid on an SLA compound in the southern Lebanese village of Bayt Yahoun in May 1999. The Hezbollah fighters drove it out of the occupation zone and all the way to Beirut for a victory ceremony.

For most of Hezbollah’s three-and-half decades of existence, it has trained to fight only one enemy and in only one environment—the Israeli army in the hills and valleys of south Lebanon. Initially, Hezbollah used classic guerrilla-style hit-and-run tactics to wear down the Israeli army occupying south Lebanon in the 1990s. After the Israelis withdrew in 2000, Hezbollah had to come up with a new strategy for the changed battlefield environment. In a war with Israel, Hezbollah uses its arsenal of rockets to batter the Israeli home front in its effort to put pressure on the Israeli government to reach a ceasefire deal. If the Israeli army is able to discover and neutralize the rocket batteries through air power and ground incursions, Hezbollah loses its main means of leveraging a favorable outcome to the war. Accordingly, Hezbollah defended the rocket batteries against air power by disguising them and scattering them across much of south Lebanon. To defend the rocket batteries against Israeli ground forces, Hezbollah built a secret network of more than 1,000 bunkers and tunnels to store weapons and hide fighters. It set up ambush positions for fighters armed with advanced anti-tank missiles, such as the Russian Kornet, taking advantage of south Lebanon’s topography of steep valleys that channelize Israeli armored columns, making them more vulnerable to attack. Anti-armor belly charges consisting of hundreds of pounds of explosive were buried beneath roads close to border crossings.

These tactics were used to good effect in the July-August 2006 war in which Hezbollah fought the Israeli army to a standstill.

But these tactics were specific to the south Lebanon theater and against the Israeli army. When Hezbollah began to intervene in Syria in earnest in 2012, it was compelled to fight a very different war to the one for which it had been trained over the past thirty years. In Syria, Hezbollah fights in larger formations than usual and alongside other militaries, such as the Syrian army, loyalist militias and even, significantly, Russian special forces. It has deployed in a wide variety of terrains from flat arable farmland and barren mountains to cramped inner cities. The fighters have learned to call in air strikes, operate armored vehicles and even on at least one occasion deployed by parachute from high-flying helicopters to reach the besieged Shi’ite villages of Fouaa and Kefraya in the Idlib province. The creation of an armored unit merely confirms that Hezbollah operates in Syria more like a conventional army rather than the guerrilla-style force against the Israeli military.

“Hezbollah has a trained army now and the resistance is no longer relying on guerrilla-style wars,” said Sheikh Naim Qassem, Hezbollah’s deputy secretary-general, according to Lebanon’s As-Safir daily on November 16. “We are heavily-armed and well-trained and have acquired well-developed expertise, all of that in order to protect Lebanon and in the interest of Lebanon.”

It may be tempting to assume from Qassem’s comment that Hezbollah has shrugged off its guerrilla origins and now considers itself a full-fledged conventional military force. But Hezbollah’s military leaders are well aware of the limitations of its conventional capabilities against a powerful army like Israel’s.

In the early 1980s, the Palestine Liberation Organization in south Lebanon transformed itself from a guerrilla force into a third-rate conventional army to confront the threat of an Israeli invasion. But when Israel did invade in June 1982, it quickly crushed the disorganized PLO and reached Beirut in nine days.

Hezbollah will not make the same mistake. Some of Hezbollah’s Syria skillsets will have relevance in a future war with Israel, such as the experience gained by the cadres of deadly combat, improved fire and maneuver tactics and utilizing reconnaissance and intelligence data to develop more complex operations. But much of it will be irrelevant. In the next war with Israel, do not expect to see Hezbollah’s fleet of ageing T-55 tanks going up against the Israeli army’s Merkava Mk IVs in the Bekaa Valley. Hezbollah will not fight in large formations nor call in air strikes but will revert to its earlier low-signature, small-unit configuration. Perhaps the only vehicle displayed at Qusayr that might have some utility in the next war with Israel was the handful of All-Terrain Vehicles mounted with Kornet anti-tank launchers. In short, Hezbollah will take what it needs from its Syria experience to augment its anti-Israel military doctrine and ignore the rest.

“What has been prepared for Israel differs from the battle we are fighting [in Syria] against the armed groups,” said Sheikh Hassan Nasrallah, Hezbollah’s secretary-general, in August 2014.

“This battle [in Syria] has imparted on us further experience, knowledge and broader horizons that can be put to use in a better way in any future confrontation with the [Israeli] enemy, both in attack and defense.”

Nicholas Blanford is a nonresident senior fellow with the Middle East Peace and Security Initiative at the Atlantic Council’s Brent Scowcroft Center on International Security.

Image: “Hezbollah has a trained army now and the resistance is no longer relying on guerrilla-style wars,” said Sheikh Naim Qassem, Hezbollah’s deputy secretary-general, according to Lebanon’s As-Safir daily on November 16. “We are heavily-armed and well-trained and have acquired well-developed expertise, all of that in order to protect Lebanon and in the interest of Lebanon.” (Reuters/Aziz Taher)