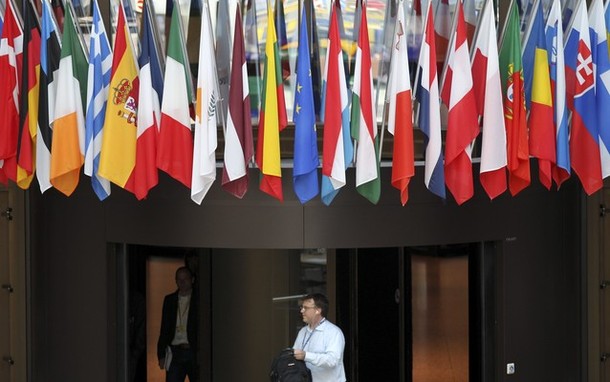 It took the United States 100 years to set up its single currency and the Federal Reserve Bank. The European Union launched one in half the time. Now, with the agreement on June 28, 2012 to start the process of building a euro banking union and strengthen the European Central Bank, the stage is set to complete the euro’s establishment ahead of the time it took to set up the dollar.

From this perspective, neither the euro nor the EU are doing that badly.

Skeptics still continue to question how a continent of independent states, dozens of languages, races, religions and ethnicities, with widely differing cultures can ever be combined into a political entity. These skeptics should take a look at India.

Contrary to popular belief, India has existed as one country only since 1947. For centuries before that, a substantial part of the subcontinent of India was composed of independent kingdoms. These sovereign states had their own currencies, military forces, transportation networks and postal systems. Travelling from Kashmir in the north of India to Chennai (previously Madras) in the south, one encounters as many races, cultures and languages as one would find were one to travel in Europe from Scandinavia to Spain. Raucous and noisy the combination might be, but the years haven’t withered India, only strengthened it.

For obvious reasons, the financial problems of the eurozone have grabbed all the headlines. But it is important to recall what the European Union really means to Europeans. And why it is that the EU’s members have been slowly but steadily ceding sovereignty to Brussels for over 50 years.

German military and civilian leaders will tell you that Germany does not ever again wish to play a leadership role outside the European Union. Their own history has left deep scars on the population and most Germans cannot imagine a Europe without the EU. It is their anchor of stability and platform for power projection. Chancellor Merkel’s tactics in the last few months were never aimed at breaking up the eurozone or the EU, no German leader would wish that. She saw an opportunity to use Germany’s economic strength to move Europe to another level of integration, and took it.

Ana Palacio, then Spain’s foreign minister, gave me yet another reason for the hold the EU has on Europeans. When Spain entered the EU “we Spaniards for the first time stopped feeling that Europe ended at the Pyrénées,” she told me. Similar sentiments exist in Italy and Greece. That is why even in the midst of the recent violent street protests the overwhelming majority of Greeks still want to retain the euro, their potent symbol of being European.

The EU gives all European states a sense of clout unrelated to their size. Poland and Spain, for instance, were able to block ratification of the European constitution in 2003 rather than give in to the demands of France and Germany to change the previously agreed EU voting rules. And, in 2006 Poland held up renewal of the EU-Russia trade pact until Russia rescinded its ban on Polish meat. No wonder there is a line of small European countries waiting to join the EU.

The EU train moves in halting, sometimes grudging steps towards its destination of an ever-closer union. Every now and then the train gets all tangled up in a siding, as it is now. Then it screeches and bellows and generates clouds of smoke as it waits for the right switches to click into place. They always do, and the train moves on.