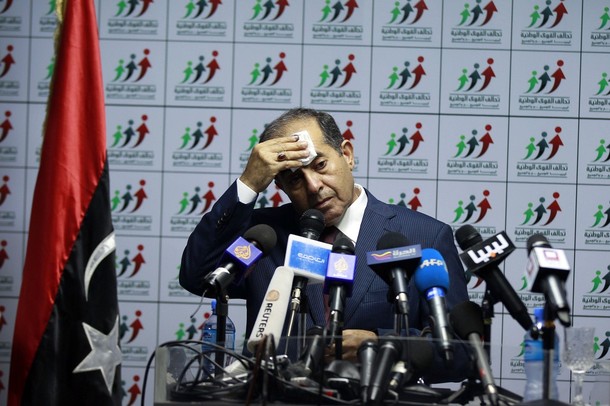 Nine months after the death of Moammar Gadhafi, the Libyans went to vote for the first time since 1965. Most observers agree this is a major step towards a more pluralistic Libya. The elections were relatively peaceful, free, and fair.

Despite forty years of dictatorship, lack of training in participatory policy, low levels of education, and a fragmented political situation, Libyans flocked to the polls ensuring the success of the elections. In the eastern provinces, supporters of federalism tried to undermine the electoral process by attacking some polling stations yet in all except one case, were turned away by security forces and voters who stood for their rights.

That said, a word of caution must be said with regards to the enthusiasm of the western press surrounding the presumed victory of the secularists and liberals led by Mahmoud Jibril.

As Jibril himself has stated, calling his party secularist and liberal is a mistake. It is a nationalist and ideological movement that includes all positions. In Libya, no one has campaigned defining himself or herself an Islamist or a secularist. Instead, everybody used the term Muslim for self-identification.

Moreover, the results only regard the portion of the assembly that is elected through party lists, which is limited to eighty seats out of 200. The other 120 seats are reserved for independent candidates and no one knows exactly what affiliation they will align themselves with after being elected. To ascertain the exact weight of every group, we will have to wait at the least a few more weeks after meetings of the new assembly.

Although many aspects of the elections are seen as the half-full part of the glass, there is also a half-empty part which should be discussed and prepared for in order to avoid the derailment of this important process of democratization.
Voting is relevant but even more so is the knowledge of what one votes for. This in Libya has not been clear at all.

To begin with, the roadmap established in August 2011 determined the election of a Constituent Assembly would be held within a year. This assembly was supposed to appoint a government and at the same time write the constitution for the country. After the adoption of a constitution, the people would then go to vote for a parliament or house of representatives, after which, the victorious parties would then form a definitive government and put an end to the transitional process.

A few months ago the National Transitional Council (NTC), the organ that has governed Libya since the first few weeks of the revolt in 2011, decided that the assembly would not draft the constitution itself but instead appoint a sixty-member committee to draft it. The members of this committee were supposed to be chosen from outside the assembly and represent the three regions of Libya— Tripolitania, Cyrenaica, and Fezzan–in equal numbers. Yet a few weeks ago, at the last moment, the NTC changed the rule again and declared that the members of the committee would not be appointed by the assembly but directly elected by the people at a different time.

The actual holding of the elections as the most important fact to prove whether Libya was set on the right path or not has left decision of the NTC almost unnoticed. This is most likely because most believe that the new assembly would reverse any decision by the NTC and adopt new ones. This opinion is flawed.

Fearing an assembly dominated by the Islamists of Sawwan, Belhaj, and others, the NTC has moved to change the rules of the game and diminish the power of the new assembly to act. This action must be rejected and the power to appoint a constitutional committee or even to reinstate the constitution making authority back to the same assembly should be undertaken. The western powers that have supported the Libyan revolt militarily and politically have to be vigilant and pay attention to these kinds of maneuvers.

The same powers that are congratulating the Libyan people and the authorities for the success of the elections have to continue to pay attention to the unresolved issue of the armed militias and of the deteriorating security situation caused by the government’s feeble control of the borders. The fact that the elections have been held successfully does not mean that the militias will disarm and order at the borders will be restored. The international community should assist the new Libyan government in any possible way including training police forces and sending security support in personnel and equipment to rebuild the Libyan security forces.

Further, support for the government should be expressed at every level in order to make sure that its legitimacy is strengthened and not undermined by regional and local claims. In particular, much fuss has been created around the request of a few thousand inhabitants of the eastern provinces (Cyrenaica or Barqa) regarding the realization of a federalist state if not of outward secession. While this is definitely a minority position, it is a very dangerous one because it could easily, at the first real difficulty of the administration, split the government and the people and become an obstacle to progress towards a stable polity. In this area as well, Western countries can play a role by stating firmly their position in favor of a united country. This does not mean that the whole debate on the administrative decentralization is not to be undertaken but it has to be done within a unitary framework and not within a loosely “federalist” state.