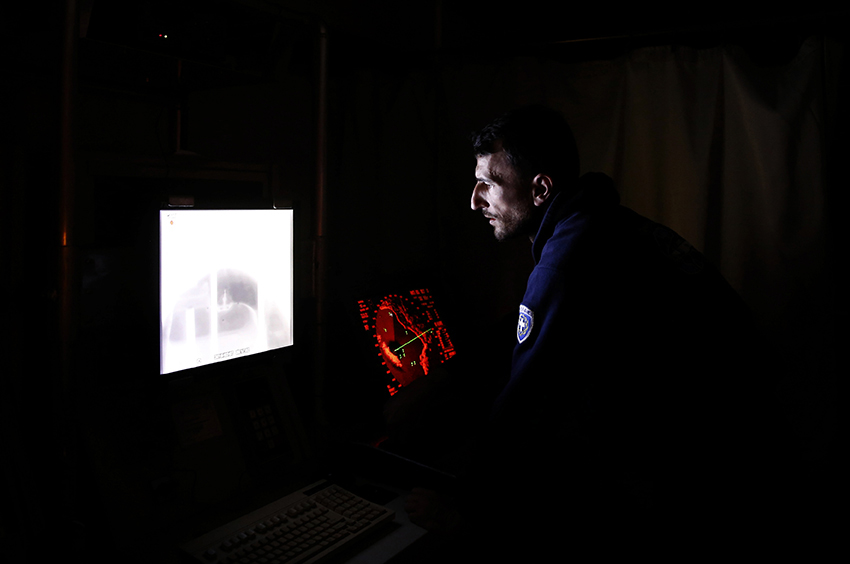 NATO’s decision to deploy ships to the Aegean Sea in an attempt to deter the smuggling of migrants from Turkey into Greece focuses on just one aspect of the problem; to Europe’s south, in Libya, a well-established human-trafficking network continues to funnel thousands of people across the Mediterranean Sea into Italy.

NATO’s new mission is in response to calls for help from Germany, Greece, and Turkey to deal with the largest movement of people across Europe since World War II. NATO Secretary General Jens Stoltenberg said the mission is “not about stopping or pushing back refugee boats,” rather it is about contributing “critical information and surveillance to help counter human trafficking and criminal networks.”

More migrants today favor the route to Europe that passes through Turkey and the Balkans. The number of migrants moving through Libya has dropped since its peak in the summer of 2015. Karim Mezran, a Resident Senior Fellow at the Atlantic Council’s Rafik Hariri Center for the Middle East, says one reason could be that the Mediterranean Sea is choppy and more difficult to navigate during the winter months.

Another reason for the shift toward the eastern route, Mezran said, was the pressure on the Libyan traffickers from an EU naval mission, EUNAVFOR MED, and a United Nations Security Council resolution that authorized member states to inspect vessels off Libya’s coast if they suspected that these were being used to smuggle migrants.

Human trafficking has burgeoned in Libya as the North African nation descended into chaos following the ouster and death of its longtime leader Moammar Gadhafi in 2011. This chaos, epitomized by two rival governments—an internationally recognized one in the eastern city of Tobruk and the other in Tripoli, has been exploited by criminal as well as terrorist networks such as the Islamic State of Iraq and al-Sham (ISIS).

Hundreds of migrants fleeing conflicts in sub-Saharan Africa, Afghanistan, Iraq, and Syria pass through Libya with the hope of finding better lives in the West. They are exploited by human traffickers en route, kept in conditions Mezran likened to “concentration camps”, charged vast sums of money and, eventually, put on unseaworthy boats. The outcome is often deadly.

According to the International Organization for Migration (IOM), almost 3,000 people have died since January of 2015 after their boats have capsized in the Mediterranean. The death toll in the waters between Turkey and Greece is much higher. Photographs of the lifeless body of Alan Kurdi, a three-year-old Syrian migrant, lying face down on a beach in the Aegean resort town of Bodrum, Turkey, last year captured the world’s attention to the migrants’ plight. Two Syrian human traffickers accused in Kurdi’s death went on trial in Turkey on February 11.

What is the Libyan response to the crisis? Libyan authorities have been incapable of and unwilling to do much about shutting down the smuggling operations. Mezran said the government in Tripoli lacks the resources to act against the smugglers who mainly operate in the western part of the country.

“The government in Tripoli says to the international community, ‘We would act if you guys first recognized us,’” said Mezran. “They also don’t have the capacity to shut down the criminal networks.”

Desperate to stem the flow of migrants, European officials early last year gave serious consideration to a plan to bomb smugglers’ boats in Libyan waters. The plan was abandoned in the face of criticism from Libyan authorities and human rights groups.

Mezran said the creation of a national unity government in Libya—as proposed by the United Nations—would give the international community one official point of contact with which to coordinate efforts against the smugglers.

“Only with a national unity government can you hope to fight the smugglers on land,” said Mezran. “Once they are at sea you cannot stop them.”

To succeed in any effort against the smugglers, the Libyan government would first need patrol boats and jeeps, as well as surveillance and intelligence-sharing capabilities.

When will a unity government be in place? That is anyone’s guess.

Libya’s internationally recognized parliament on January 25 rejected the unity government saying that it was too large. The House of Representatives (HoR) gave the Tunis-based governing council ten days to come up with a shorter list of cabinet members. But as that deadline neared, the council sought, and was granted, a weeklong extension to come up with a shorter list. It will soon become clear whether the sanctity of this deadline is respected.

Image: A Coast Guard officer scans radar screens on board a Greek Coast Guard vessel for dinghies carrying migrants during a search-and-rescue patrol between Turkey and the Greek island of Lesbos on February 7. (Reuters/Giorgos Moutafis)