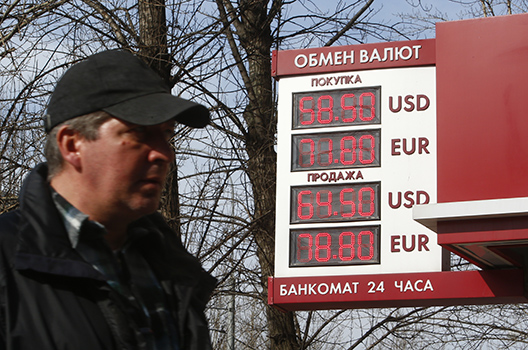 During his congressional testimony on July 24, former Special Counsel Robert Mueller confirmed the troubling extent of Russia’s campaign to interfere with the 2016 US Presidential election. And he memorably noted that Russia’s malign efforts to interfere in US elections were continuing “as we sit here.”

Given that, it seems an odd time for anybody to argue that “there is no reason to sanction Russia anymore.” But such were the words of Kenneth Rapoza, writing in Forbes on July 29. So, let’s recall why the United States, Europe, Japan, Australia, Canada, and other countries imposed sanctions on Russia and why maintaining, and possibly intensifying, those sanctions remains important.

The United States and its chief allies turned to sanctions after Russian President Vladimir Putin ordered Russian forces to invade and annex Crimea, a part of Ukraine, in early 2014. After Putin went further and seized additional Ukrainian territory in the eastern part of that country, creating and supporting so-called separatist movements there, the United States and Europe intensified those sanctions. Putin’s attack on Russia’s neighbor marked the first time since World War II that a European country annexed the territory of another.

That is a big deal. Thousands have been killed and hundred of thousands displaced. The killing continues unabated and the potential for escalation has not lessened in the intervening years. All this is the result of Russian aggression for the sake of maintaining Kremlin domination of its neighbor, whose apparent crime was to seek to draw closer to the European Union and away from the Kremlin’s autocratic orbit when its pro-Russian ruler fled the country after alienating Ukrainian society by ordering his forces to open fire on pro-European Ukrainian demonstrators.

The United States and its allies made clear from the start that they were prepared to lift their sanctions when and if Russia got out of Ukraine, both eastern Ukraine and Crimea. Even more, they made clear that if Russia got out of eastern Ukraine but not Crimea, they would be willing to lift the most punishing sanctions in response. The framework for getting Russia out of eastern Ukraine already exists (the so-called Minsk Accords, named for the city where they were negotiated). The responsibility for the conflict continuing lies with the Kremlin.

This issue is simple enough: sanctions were imposed in response to aggression; sanctions can be lifted when and if that aggression ends.

As it turns out, additional Russian aggression, especially its attempts to undermine the integrity of the US election process, has complicated matters. The Obama administration in its final weeks imposed additional sanctions against Russian targets involved in that interference. The Trump administration—notwithstanding the President’s own mixed signals—has continued imposing sanctions both in response to Putin’s aggression against Ukraine and in response to Russia’s actions against the United States itself. The Trump administration even issued an executive order last September, authorizing sanctions in response to future election interference. (Putin has also interfered in election processes in various European countries, which may account for Europe’s steadfast continuation of its own sanctions against Russia).

So, what is the argument for lifting sanctions now, unilaterally, in return for, well, nothing?

Rapoza doesn’t make one, which is probably a good thing because there isn’t one to be made, unless one cares to defend the principle of unilateral concessions in the face of international aggression. But Rapoza does suggest that Russia is out of the woods on sanctions, that no new ones are coming, and that therefore US investors would be justified in taking on more Russian exposure.

There may be a kernel of truth in that assessment—especially regarding the Trump administration’s unilateral actions—so long as the status quo continues and there are no further provocations. But as a veteran on Russia policy from the Reagan to the Obama administrations, and (full disclosure) one of the architects of the current US sanctions against Russia, I wouldn’t take this advice to heart.

First, Congress is currently considering additional sanctions against Russia, including sanctions on new sovereign debt as part of the National Defense Authorization Act and on the Nord Stream II project under a bipartisan bill just passed out of the Senate Foreign Relations Committee. Second, Congress continues to express great displeasure that the Trump administration has not imposed congressionally-mandated sanctions for the Putin regime’s  Skripal assassination-by-nerve-gas attempt on British soil, and over the Turkish purchase of the S400 system. Third, and partly in response to Congressional pressure, the administration appears ready to launch additional sanctions over the Skripal attack. Finally, Congress has passed laws limiting the ability of the administration to lift sanctions without approval, and any truly sunny outlook for Moscow’s business climate is probably contingent on a roll-back of existing sanctions.

And the status quo is anything but certain. Putin is a gambler at heart, one whose predilection towards confrontation with the United States and the western democratic order he so despises suggests that Russian attempts to undermine the integrity of US elections will intensify. Accordingly, I would not assume that sanctions against the Putin system have peaked. And I wouldn’t advise any US (or European) business to make that assumption either.

Image: A board with the currency exchange rates of the U.S. dollar and the Euro against the Russian rouble is on display outside a bank branch in Moscow, Russia April 10, 2018. (REUTERS/Sergei Karpukhin)