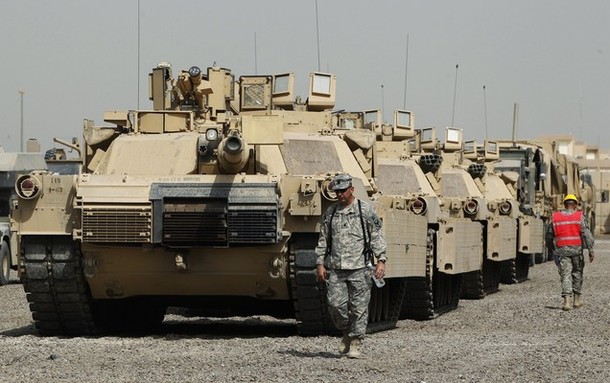 In its recent report titled “A Decade at War.” the Pentagon’s Directorate for Joint Force Development (J-7) observed that  the operations in Iraq and Afghanistan “were often marked by numerous missteps and challenges as the US government and military applied a strategy and force suited for a different threat and environment.”

To put it mildly, the Defense Department is not viewing the decade of war as an unqualified success.

The lessons from these wars will impact the future. After Vietnam, a number of changes were made that fundamentally changed the US military. First, the Abrams Doctrine shifted key combat enablers such as civil affairs and air-to-air refuelers from the active component to the reserve component, which slowed the ability to wage war. Second, the all-volunteer force was enshrined as gospel to prevent using conscripts, which removed the general population from war, but enabled remarkable professional gains in the force. Finally, the Weinberger Doctrine advised strict criteria for military intervention, which was intended to prevent gradual escalations leading to full-scale combat, and the Powell Corollary to it advised use of overwhelming force. The changes led to few military interventions in the 1970s and 1980s and the military had a decided focus on preparations for major combat.

During the Bush years, these Vietnam-era changes, save the all-volunteer force, were largely reversed.  Rumsfeld’s “small footprint” supplanted the Powell Doctrine and force structure changes and the routine use of reserve forces largely replaced the Abrams Doctrine. The six-month force build-up for the 1991 Iraq War was succeeded by “shock and awe,” where major combat concluded in 30 days. The legacy of these changes is apparent. Today, the military is more usable, more professional, and more experienced than at any other point in US history.

But all is not well in the US military. Looming budget cuts and ambiguous interpretations of the last decade will impact the future. Of the many challenges to resolve is the limits of military power. Simply, the military recognizes that it cannot achieve national objectives alone and calls for interagency reform failed to marshal whole-of-government solutions. Journalist Rajiv Chandrasekaran has documented some of the worst aspects of US efforts in Iraq and Afghanistan. Writing about Afghanistan, Chandrasekaran wrote,

For all the lofty pronouncements made about waging a new kind of war, our nation was unable to adapt. Too few generals recognized that surging forces could be counterproductive…Too few soldiers were ordered to leave their air conditioned bases—with the siren’s call of Baskin Robbin’s ice cream in the chow halls and big screen televisions in the recreation rooms—and live among the people in fly-infested villages. Too few diplomats invested the effort to understand the languages and cultures of the places in which they were stationed. Too few development experts were interested in anything other than making a buck. Too few officials in Washington were willing to assume the risks necessary to forge a lasting peace. And nobody, it seemed, wanted to work together.

With considerable challenges among defense, development, and diplomacy, gaps are noticeable in Afghanistan. The military continues to advance against the insurgents and develop a professional Afghan army, air force, and police. Yet, the same cannot be said of the non-security Afghan ministries. This is important since success will be based on whether President Hamid Karzai can reinforce Afghan identity and Afghans can develop their own economy. As eleven years suggest, external actors can only have marginal effect on the country’s stability.

As we reflect on other efforts to build states or reinforce failing states, the results are grim. Proponents of nation building point to successful cases in Japan, Germany, and South Korea. However, there are few contemporary examples where external actors have achieved their objectives of bringing security, stability, and development. United States support of Colombia since 2000 is viewed as a success, yet Bogota has yet to conclude the 50-year old civil war. In the Balkan countries of Bosnia-Hercegovina and Kosovo, economic and political developments have not progressed much since the late 1990s. Yet, the case of Haiti may be the most revealing. With no war as a shadow hanging over development efforts and extensive international involvement near US shores, little stability can be claimed there after decades of trying. This is a lesson that must be learned and inform national security thinking.