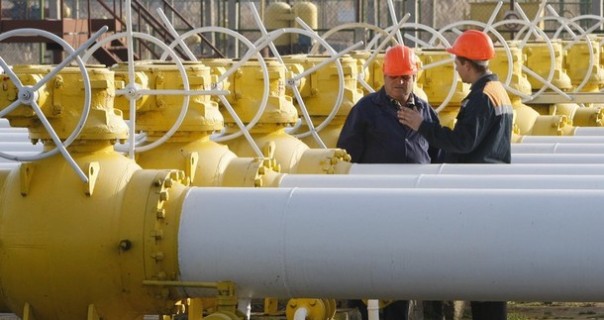 The election of the relatively pro-Russian Victor Yanukovich as President of Ukraine in February 2010 was supposed to herald a new era of energy stability in a country wracked by natural gas cutoffs, disputes among energy-rich oligarchs and perennial political turmoil, but recent events show that energy security in Central Asia and a stable supply of gas to Europe remains far from certain.  While Western investors and European integrationists lamented Ukraine’s expected “turn to the north”, there was little nostalgia for the pitched battles over gas prices and pipelines between Russia’s Kremlin-controlled monopoly Gazprom and the government of the previous President, the pro-Western Victor Yushchenko.  Every winter after Yuschenko’s ill-fated “Orange Revolution” in 2004, Ukraine, and by extension many EU consumers, were plunged into a natural gas dispute with Russia.  Most observers assumed this was a way of punishing the Ukrainian government for leaning toward the West.  In this GR Energy Brief, Alexandros Petersen of the Atlantic Council explores the rapidly evolving political dynamics between Ukraine and Russia and the impacts that they are likely to have on Central Asia and the EU’s energy future.

Despite the new administration’s relatively pro-Russia political stance, Ukraine seems to be heading towards another energy crisis, leading analysts to contemplate a scenario in which Kiev is deferent to Moscow, but remains at the mercy of Russia’s command of the regional natural gas market.  The problem is that Ukraine remains one of the most energy intensive countries in the world, primarily a result of almost complete dependence on, and inefficient use of, natural gas in industry, the military and the residential sector.  The country’s political situation has so far been so chaotic that this energy inefficiency has been allowed to deteriorate, increasing the country’s vulnerability to natural gas price shocks.

Yanukovich’s government has marginally raised gas prices for consumers, but is now seeking a price cut on gas imported from Russia, which could set off another dispute with Gazprom. The request comes as a result of Ukraine’s industrial output shrinking by almost 25 percent in 2009 – one of the steepest declines in the world.  But having gone down this road before, Kiev has little leverage over Moscow this time around.  In April, Yanukovich already secured a 30 percent cut in the price of Russian gas in exchange for extending the lease of Russia’s Black Sea Fleet in the Crimea by 25 years. In an expression of loyalty, Yanukovich’s government has also declared Ukraine’s “non-bloc status”, a less than subtle way of pulling away from the NATO and EU integration process that has angered Moscow.

At the moment, Moscow is poised to take advantage of Ukraine’s weakened position.  For months now, Gazprom has been lobbying through its staunchest ally in Kiev, Prime Minister Mykola Azarov, to buy a substantial chunk of Naftogaz, Ukraine’s (at least nominally) state-owned gas company responsible for both domestic distribution and westward transit.  So far, Yanukovich has refused.  He would be losing control over one of the key pillars of Ukrainian sovereignty and his supporters in the Ukrainian gas industry would prefer Gazprom not encroach on their turf.  That said, extensive under-the-radar negotiations between Gazprom and Naftogaz have apparently been going on.  Whether or not Yanukovich’s has provided tacit approval remains unclear as, at the end of September, both companies formally requested that Ukrainian laws about foreign ownership of state-owned assets be amended to allow for the creation of a pipeline consortium. (See here.)

Gazprom’s objective is not so much to make money, as Ukrainian gas infrastructure is severely in disrepair, but rather to consolidate Russian influence in Kiev and, most importantly, to control east-west gas flows across the country heading to the EU.  Along with Gazprom’s Nord Stream pipeline to Germany, which is under construction in the Baltic Sea, and its plans for South Stream in the Black Sea, control over Noftogaz would substantially enhance its influence on European energy markets.  Such consolidation of control would likely enable Russia to squeeze out smaller competitors and stifle plans for EU diversification of sources and routes along the so called Southern Corridor to gas suppliers in the Caspian and the Middle East.

Given such risk over impending consolidation, it is curious that Brussels and other European capitals have not raised any objections to the prospect of a Gazprom-Naftogaz “merger”.  Earlier this year, when the pressure from Moscow for a takeover was mounting, EU Energy Commissioner Günther Oettinger said, “The decision has to come between Kiev and Moscow and not in Brussels… there is no reason for any activity of the European Commission”. Oettinger would be correct if these discussions were just about a Russian company taking over a Ukrainian company.  Such a move, however, could have widespread ramifications, not only for many EU consumers, who could face winter gas cut-offs and higher prices, but for the bargaining power of the EU against its largest gas supplier: Russia.

Confidence in the EU about gas supplies has risen lately, with the shale gas revolution in North America causing a flood of LNG (liquefied natural gas) shipments to head for European markets.  There are also more long-term hopes that a shale gas development boom could come to Europe. Progress has also been made on the Southern Corridor: its projects are on the cusp of receiving major investment – including possibly a €4 billion package from the European Bank for Reconstruction and Development (EBRD), the European Investment Bank (EIB), and the International Finance Corporation (IFC) – and Azerbaijan’s state-owned energy company, SOCAR, which will probably decide this year on how it wants to export its immense gas resources in the Shah Deniz II gas field.

That said, it will be years before any of these projects come to fruition.  LNG terminals are enormously expensive, take a long time to build and cannot fully supply Central and Eastern Europe.  Major questions remain about developing shale gas in the European context, given tight environmental regulations and relatively closed gas markets.  Even if a Southern Corridor project, such as Nabucco, were to start construction tomorrow, it would still take up to five years to complete, and its non-Russian gas would be a drop in the EU consumption bucket.

All of this makes clear that Ukraine is and will remain key to EU energy security for some time to come.  Since Yanukovich’s election, the EU has reduced its engagement with Kiev, even though his government made a point of stating that they would continue with EU-backed energy sector reforms and efficiency measures. Greater cooperation between Ukraine and the EU will depend on sustained progress on allowing visa-free travel for Ukrainians in the EU, as well as the development of a comprehensive free trade agreement between the EU and Ukraine. The latter, however, is controversial; Yanukovich has said that Ukraine would need billions of euros in compensation for entering into a free trade zone with the EU.  If the EU cannot forge greater ties with Ukraine, Russia will exert greater influence over Kiev – and by extension, over the EU’s access to natural gas.  For its part, Ukraine will have less leverage in any future disputes over energy with Gazprom.

Alexandros Petersen is a nonresident senior fellow with the Atlantic Council’s Patriciu Eurasia Center. This article first appeared on GartenRothkopf.com.