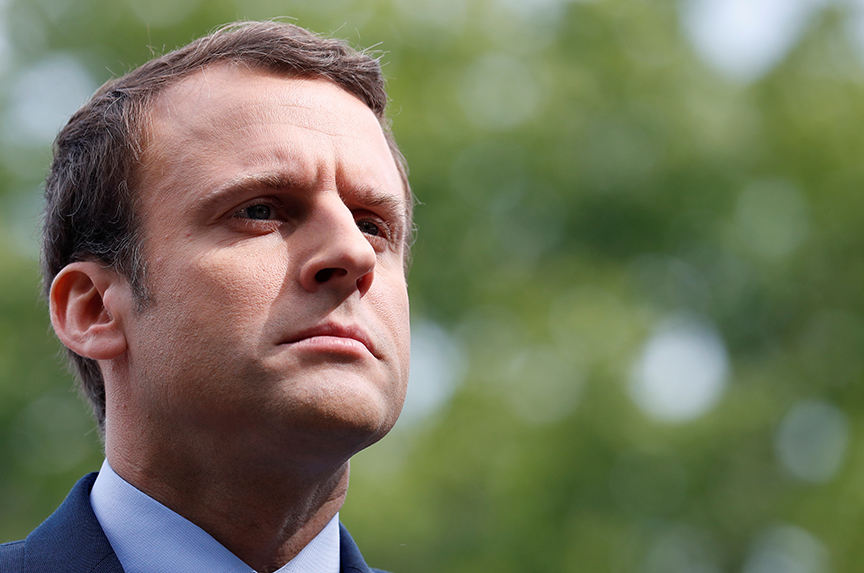 For anxious Britons seeking a good deal in their forthcoming Brexit negotiations with the European Union, the strong probability that Emmanuel Macron will be the next president of France is both good and bad news.

The good news is that a Macron victory is the outcome most likely to ensure the EU remains a relatively stable and undistracted negotiating partner and a strong future ally for a post-Brexit United Kingdom (UK). In notifying Brussels of the UK’s intention to leave, British Prime Minister Theresa May wrote on March 29 that her government “wants the EU to succeed and prosper.”

Anyone who feels that way can only hope that Marine Le Pen of the far-right National Front party loses the second round of voting in the presidential election on May 7. A victory for Le Pen against all the odds would throw the EU into chaos, with one consequence being that the Brexit negotiations would slide way down the ladder of priorities in Brussels and might end after two years with no agreement, bringing economic and political disarray to the UK as well.

Le Pen has consistently praised Brexit, and wants it to act as a model for future relations among the EU countries. She has promised to pull France out of the euro, hold a French referendum on leaving the EU (Frexit), and reassert French national sovereignty.

Le Pen’s agenda, however, is a much greater threat to the EU than May’s planned orderly retreat. And in the panic following a win by Le Pen, the EU would be much more likely to impose punitive conditions on Britain’s exit, in the hope of dissuading French voters from following suit.

The bad news for the UK in the expected Macron victory is that he will prove a tough Brexit negotiator—tougher probably than outgoing French President François Hollande. In his election platform, Macron described Brexit as a “crime” that, far from promoting greater UK independence, will lead to British “servitude”—meaning London will become a vassal of the United States while still having to obey numerous orders from Brussels.

Macron has openly said he wants to promote a brain drain of British talent to France as the UK loses its EU privileges, particularly in the financial sector in which he used to work. And he has been adamant that the UK should not enjoy the kind of tailor-made special deal that May is seeking.

On a pre-election visit to woo French voters in London in February, Macron bluntly stated the obvious: “The best trade agreement for Britain … is called membership of the EU.” Though the statement is true virtually by definition, this is the kind of talk that particularly angers right-wing, euro skeptic Brexit fans in the UK, and gives them political and emotional ammunition to argue for severing all links with Brussels.

It puts political pressure on May as she seeks her own mandate to conduct the Brexit negotiations in an early general election on June 8, in which she hopes to gain enough power to override her own Conservative Party’s passionately anti-EU right-wingers.

Brexit supporters have many different motives for their choice, but some certainly have a sneaking admiration for Le Pen thanks to her nationalist and anti-immigration policies. They have a natural dislike of Macron as a strong supporter of EU integration and an open global economy, both of which are anathema to some extreme Brexit backers. Macron is already taking a hammering in the popular anti-EU British media.

Downing Street declined to support Macron after his first-round victory on April 23, on the traditional grounds of not interfering in another country’s politics, although all the other mainstream UK political parties did. Even if she did not enjoy the cover of diplomatic protocol, it is an area in which May would have to tread carefully.

May has to avoid looking as if she is being bullied by Macron, while at the same time hoping for his success in the second round. In the longer term, she has to hope that a strong EU, perhaps reinforced by a closer Franco-German alliance after the German elections in September, will feel less threatened by Brexit—and thus more inclined to grant the UK a satisfactory deal.

That is not what Macron has been saying up to now. But he might prove more amenable if he soundly thrashes the Le Pen forces on May 7.

Ryan Seghier, an intern with the Atlantic Council’s Future Europe Initiative, contributed to this piece.

Image: French presidential candidate Emmanuel Macron of the political movement En Marche! has described Brexit as a “crime.” Macron will face the far-right National Front’s Marine Le Pen in a runoff election on May 7. (Reuters/Christian Hartmann)