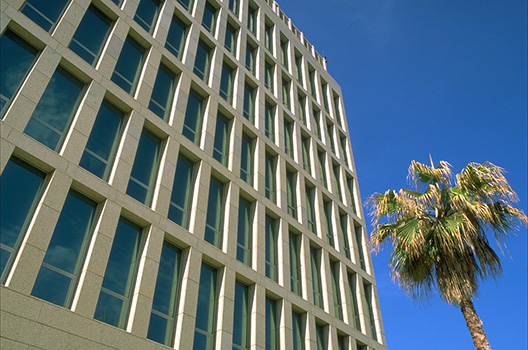 On July 20, the Stars and Stripes will rise over a US Embassy in Havana for the first time in fifty-four years—and the Cuban flag will flutter over the newly reconstituted Cuban Embassy in Washington.

If all goes according to plan, US Secretary of State John Kerry will visit Havana to witness the historic event. That follows President Barack Obama’s July 1 announcement that embassies would re-open in each other’s capitals after half a century of hostilities.

Ever since the 1961 rupture in bilateral ties two years after communist revolutionary Fidel Castro took power in Cuba, relations have been frozen in time. Yet the bitterness—one of the last vestiges of the Cold War—began thawing late last year, culminating with Obama’s announcement in December that ties would be re-established and that his administration would work to end an anti-Cuba trade embargo that has been supported by ten US Presidents.

“This is another demonstration that we do not have to be imprisoned by the past,” Obama said in a televised White House speech, with Vice President Joe Biden at his side. “A year ago, it might have seemed impossible that the United States would once again be raising our flag over the embassy in Havana. This is what change looks like.”

Rachel DeLevie-Orey, Assistant Director of the Atlantic Council’s Adrienne Arsht Latin America Center, praised Obama’s announcement as a long-overdue realization that US policies toward Cuba had failed to dislodge from power either Fidel Castro or his younger brother Raúl, who assumed power in 2006.

“It’s about two countries really beginning to take this relationship seriously,” DeLevie-Orey said in a July 1 interview. “Some people have said this is a concession to Cuba, but embassies are the negotiating grounds where conflicts and differences are worked out. Some of our most important embassies are in countries where we have serious issues about the treatment of dissidents and restrictions on freedom of movement—yet we still have formal relations with these countries.”

Even though the Helms-Burton Act of 1996 codified the US embargo into law, there’s plenty the White House can do to erode existing trade restrictions, she told us.

“There’s a litany of laws in place, so to overturn that we’d need an act of Congress. But it doesn’t all need to be overturned at once,” said DeLevie-Orey. “We’ll see the embargo chipped away, piece by piece. At this point, there’s a bill in the Senate with forty-four co-sponsors to lift the Cuba travel ban.”

For years, Switzerland has officially run the five-story seaside building housing the US Interests Section in Havana, as well as the mansion fronting Washington’s Sixteenth Street housing the Cuban Interests Section. Both missions will now become full-fledged embassies, though it’s still unclear who will head Cuba’s mission in Washington.

The New Atlanticist’s Larry Luxner spoke with DeLevie-Orey on July 1, within hours of Obama’s announcement. Here are excerpts from our interview:

How significant is today’s announcement in the context of US-Cuba relations?

DeLevie-Orey: This is certainly big news. It’s probably the most tangible of any of the implementation policies announced by President Obama on Dec. 17. It’s about two countries really beginning to take this relationship seriously. Some people have said this is a concession to Cuba, but embassies are the negotiating grounds where conflicts and differences are worked out. Some of our most important embassies are in countries where we have serious issues about the treatment of dissidents and restrictions on freedom of movement—yet we still have formal relations with these countries.

With embassies in each other’s capitals, what will the United States and Cuba be able to do that they weren’t able to do before?

DeLevie-Orey: Besides the symbolism, an embassy can host more formal missions—for example the hosting of trade missions—though that certainly won’t happen immediately.

What needs to happen next before US-Cuba relations can be fully normalized?

DeLevie-Orey: There’s a huge web of sanctions that have been placed on Cuba. The Helms-Burton Act encompasses most of them—including trade and travel restrictions, and restrictions on what the multilaterals can do for Cuba. There’s a litany of laws in place, so to overturn that we’d need an act of Congress. But it doesn’t all need to be overturned at once. We’ll see the embargo chipped away, piece by piece. At this point, there’s a bill in the Senate with forty-four co-sponsors to lift the Cuba travel ban.

Didn’t Cuba’s removal from the State Department’s list of state sponsors of terrorism clear the way for Cuban membership in the IMF, World Bank and other international financial institutions?

DeLevie-Orey: There are dual restrictions. One is codified under the Helms-Burton, and the other was Cuba’s classification on the terrorist list, which required the US to vote against Cuba’s membership in those institutions. However, that is reiterated under Helms-Burton. They’ve doubled up on that particular sanction. One of those layers has now been lifted, but another one still needs to go through Congress. However, there could be a particular interpretation done by the President whereby the US abstains from voting.

How much of a factor has political pressure from Latin American countries figured into Washington’s change of heart regarding ties with Cuba?

DeLevie-Orey: There’s been pressure from those countries for the last fifty years, and the US hasn’t cared. But Obama’s track record in Latin America is arguably better than any other president’s in decades, and not only with Cuba; his meeting with [Brazilian President Dilma] Rousseff, his contribution of more than $1 billion to the Northern Triangle [El Salvador, Guatemala, and Honduras], and immigration reform, which of course is directly tied to Latin America. Absolutely, he would like to keep the momentum going.

Who is President Obama likely to nominate as US Ambassador to Cuba?

DeLevie-Orey: Jeff DeLaurentis, chief of the US Interests Section in Havana, already has the rank of Ambassador from his previous posts. He’s doing an excellent job, he’s very well respected, and I think he would be a smart pick for a host of reasons.

And would the current chief of the Cuban Interests Section, José R. Cabañas, become Cuba’s Ambassador to the United States?

DeLevie-Orey: I can’t think of any glaring reason why not, but I can’t really speculate on that.

Sen. Ted Cruz (R-TX) calls Obama’s opening to Cuba a “policy of surrender” and has vowed to block any White House nomination for US Ambassador in Havana. How should the President respond to such threats by opponents of normalization?

DeLevie-Orey: If it won’t get through Congress, he can do a recess appointment—and he should.

Given the nature of Cuba’s authoritarian regime, how much do its leaders really want a sudden influx of US tourists?

DeLevie-Orey: That remains to be seen. For years, the Castros have used the embargo as a crutch and have railed against it. Now with it being gone, what are they going to blame Cuba’s problems on? The Cubans don’t want to be seen as dragging their feet. It’ll be really interesting to see, when America opens up, how much does Cuba shut down. The Cuban government is interested in taking things very slowly, and implementing change very incrementally. They want to remain in complete control, as they have for the last half-century. The US has an interest in implementing change as quickly and chaotically as possible.

The Castro regime has long opposed Washington’s financing of pro-democracy programs in Cuba, well as the continued presence of the naval base at Guantánamo Bay. Are either of these two sticking points likely to be resolved any time soon?

DeLevie-Orey: There is not going to be any change in the democracy-building programs. As for Guantánamo, I think that—for a long list of reasons—the President would love to close Guantánamo, but that reaches far beyond the US-Cuba relationship.

Image: The US Interests Section, officially an annex of the Swiss Embassy, overlooks the seaside Malecón in downtown Havana. On July 20, it will become a full-fledged US Embassy once again, after 54 years. Photo: Larry Luxner