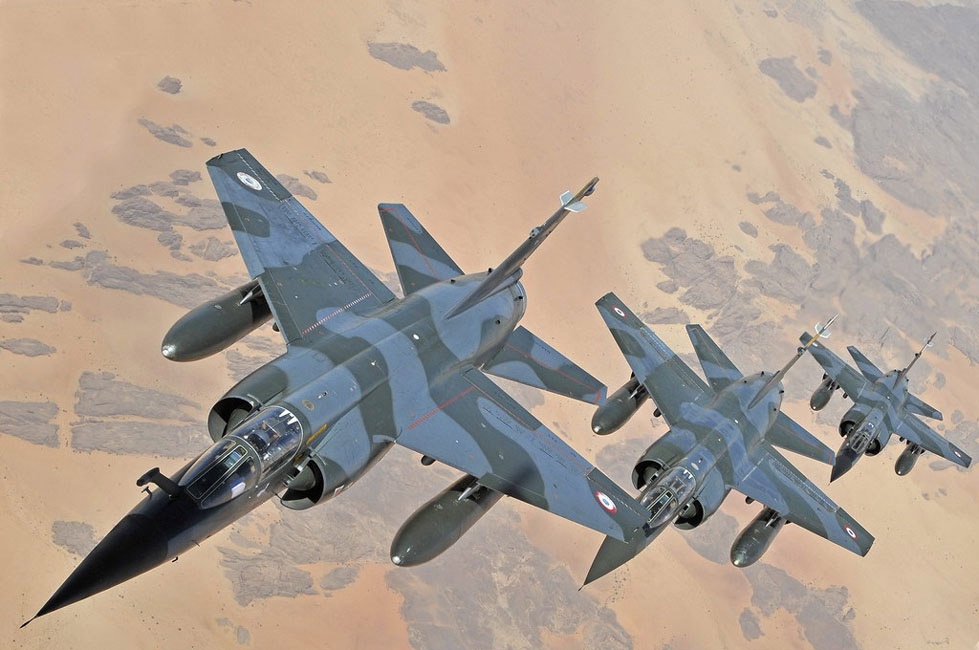 French aircraft strafed Islamist rebels in Mali for the third day in a row on Sunday. Additional French troops arrived in the West African country’s capital to shore up its rickety transitional government in the face of an offensive by the militants who seized control of northern provinces last spring and have been imposing their brutal version of shari’a. While the former colonial power’s intervention may have halted the southward advance of al-Qaeda in the Islamic Maghreb (AQIM), the terrorist organization’s North African affiliate, and its local allies, the military actions threaten to drag France and, ultimately, the United States (which is reportedly readying surveillance drones and other air-intelligence assets for deployment, possibly within days) and other NATO countries into a veritable quagmire.

Dealing with Mali’s rapid plunge into failed state status was never going to be easy given the way the country’s distinct political, security, and humanitarian challenges were nonetheless bound up with one another. However, it is precisely for the reason that it bypasses the careful sequencing of steps necessary for any real solutions that precipitous military action, no matter how justified by the panicked appeal of Mali’s figurehead interim president—the reason invoked by French President François Hollande for his decision to send French forces—risks prolonging and, indeed, exacerbating the crisis.

First, it must be recognized that the Malian crisis has its roots in politics, or rather, the failure of politics. It needs to be recalled that the conflict began with a separatist uprising in the north, the fourth such rebellion since Mali became independent in 1960, each fueled by the persistent political and economic marginalization of the Tuareg and other northerners by successive governments in the far-off Bamako. The Malian army fared especially poorly against the rebels at the beginning of 2012, sparking complaints by many soldiers that they were being sent into battle without adequate weapons and supplies against insurgents reinforced by battle-hardened ethnic kin who had until very recently served as mercenaries under the late Muammar Gaddafi and brought with them heavy armaments looted from Libya’s unguarded stockpiles following the collapse of his dictatorship. The Malian press took up the rank-and-file military’s criticism of regime incompetence and corruption as did civilian demonstrators, some violent, in the streets of the capital. In March, a protest by low-ranking soldiers spun out of control and, before anyone knew what had happened, the country’s elected government was overthrown.

While international pressure forced the junta to formally hand over power to a civilian transitional authority, in reality the putschists continued to pull the strings as they did last month when they forced out Prime Minister Cheikh Modibo Diarra. No wonder the interim government enjoys little support from ordinary Malians who, consequently, have not exactly rushed to enlist under its banner to fight to save their country and even less credibility with secular Tuareg and others in the north who might otherwise be induced to align with it to fight a counterinsurgency against the extremists. A military intervention that shores up the current Malian regime without pushing it to focus on moving towards a restoration of constitutional order will be very limited in what it can achieve.

Second, the Malian military that France is now fighting alongside has itself become part of the problem, not just because of the stain which the coup put on its record, but because of its utter ineffectiveness—some 6,000 soldiers who have benefited from over a decade of US, French, and other international largesse as a perceived bulwark against the expansion of extremism across the Sahara were put into full flight by several hundred militants—as well as the increasing number of human rights abuses perpetrated by its members, including in recent months the massacres of a group of itinerant Muslim preachers and then of some herders, the later captured on video by one of the killers and later posted on YouTube. The entire force needs to be reformed and retrained if it is to be of any use in restoring the country’s territorial integrity.

Third, while some of Mali’s neighbors—Niger in particular—have been very engaged in seeking both to prevent the Islamist contagion from spreading across the Sahel and to eventually roll back the extremists, most have demonstrated very little political will. The “plan” which the African Union and the subregional Economic Community of West African States (ECOWAS) got the UN Security Council to approve just before Christmas is nothing short of delusional in its assertion that a mere 3,300 African troops, mostly from tropical countries, can retake a desert region roughly the size of Texas. And, even with the militants’ offensive last week and French intervention, the West African bloc cannot muster enough of a sense of urgency to convene an “extraordinary summit” before next Saturday. This dilatory attitude bodes well neither for ownership of the crisis by ECOWAS nor for the commitment of the group’s members to actually participating in such operations as may be required—leaving it to the French and any of their allies who join them holding the bag.

Fourth, while one should not belabor the point, the political points which Hollande has garnered by appearing decisive could not come at a better time for him: polls released just two days before he ordered the military into action showed that his approval rating had plummeted faster than that of any other leader in the history of the Fifth Republic. Now, he even has the support of the mainstream center-right opposition Union pour un Mouvement Populaire.

Fifth, Hollande may have plunged France into conflict in the Sahel, but he did so with fairly limited assets, with just under 600 soldiers and a handful of Rafale fighters. Meanwhile, across the continent, a failed rescue mission by its special operations forces, which cost France the lives of two French commandos and the intelligence officer they were trying to rescue from his captors in Somalia, underscored the limits of the country’s military preparedness on an African continent it once dominated. Paris has appealed to the United States to deploy drones to help with reconnaissance as well as to provide communications, intelligence, and refueling assistance. Requests have been made to other NATO allies for assistance with airlift and other logistics needs. The United Kingdom has already responded by dispatching two C-17 cargo planes to help transport French vehicles and other equipment.

In balancing the common good to be achieved by standing behind their fellow NATO member with their own individual national interests, the United States and France’s other allies would do well to ponder the points raised in an op-ed in yesterday’s Journal du Dimanche by former Prime Minister Dominique de Villepin, one of the few French political figures not to fall behind Hollande’s decision to intervene:

In Mali, none of the conditions for success are met. We will fight blindfolded absent a clear objective for the war. Stopping the southward advance of the jihadists, and retaking the north, eradicating AQIM bases are all different wars. We will fight alone absent a reliable Malian partner. With the overthrow of the president in March and the prime minister in December, the collapse of the divided Malian army, and the overall state failure, on whom can we depend? We will fight in a void absent strong regional support. ECOWAS is in the rear and Algeria has signaled its reluctance.

Only a political process will bring peace to Mali. It will require a national effort to rebuild the Malian state, combining national unity, pressure on the military junta, and a process that favors democratic guarantees and the rule of law…There must be political will to negotiate the isolation of the Islamists and rally the Tuaregs around a reasonable solution.

There is no denying that the al Qaeda-linked extremists in northern Mali, their local allies, and the assorted militants and other criminals they are attracting—ranging from Sahrawi separatists and Sudanese jihadists who have flocked to northern Mali to the two U.S. citizens the FBI arrested in Alabama last month as they were planning to head there to join them—represent a very real threat to international security. However, the way to deal with that danger is through a measured, strategic approach that likelier to achieve a sustainable solution than the current headlong rush to war.