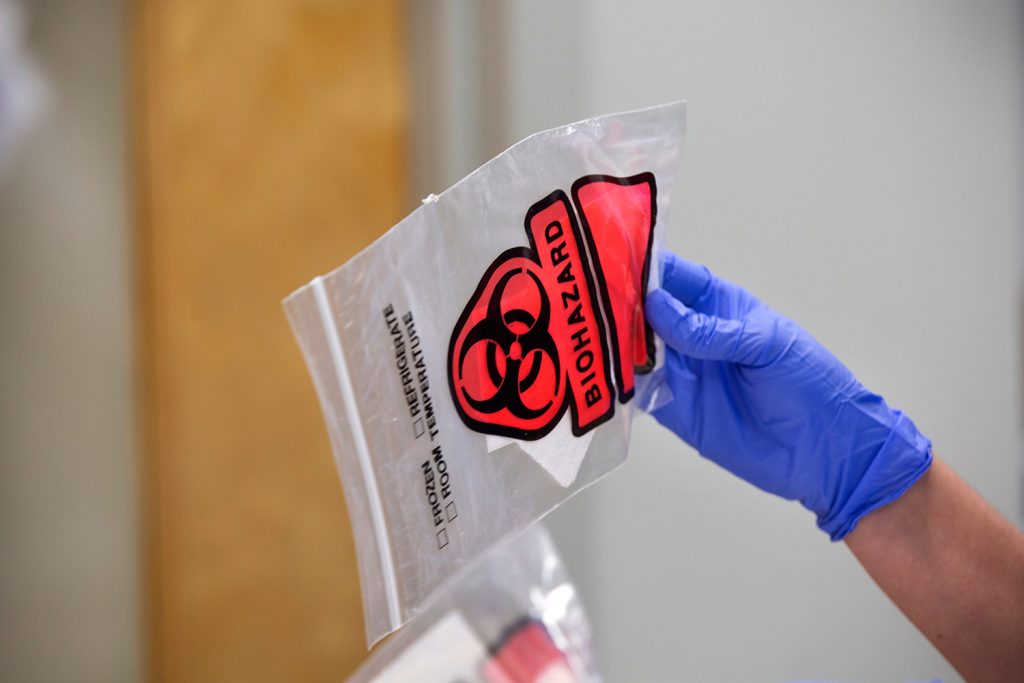 A massive nationwide testing program could help slow the spread of the novel coronavirus (COVID-19) and could provide a roadmap for rolling back the extensive social distancing measures implemented across the United States and around the world, according to Nobel laureate economist Paul Romer and Dr. Raj Shah, president of The Rockefeller Foundation and former administrator of the United States Agency for International Development (USAID).

Speaking on April 8, Romer and Shah expanded on their April 2 Wall Street Journal op-ed, in which they advocated for a nation-wide strategy to develop and distribute quick-result COVID-19 tests for the entire population. Focus would first start on providing tests for frontline healthcare workers as right now “when they come to work, none of them know if they are silent asymptomatic carriers of COVID-19,” Romer explained, which threatens to strain the already stretched US healthcare system, should more doctors and nurses contract the virus. “We can’t take the risk that we lose more of them to the disease,” Romer said, necessitating that these workers are tested “every single day” with results produced within minutes.

Once these tests are available for critical frontline workers, authorities can then expand to other high contact individuals such as police, fire, and ambulance departments, as well as pharmacists, grocery store clerks, and sanitation workers. While these individuals would be prioritized, “the ultimate goal is to test everyone within two weeks,” Romer said, as only with the accurate picture of the virus can authorities “start to remove in sequence all of these social distancing measures.”

Shah explained that previous experience fighting the Ebola outbreak in Africa from 2014-2016 demonstrated the critical need for accurate and widespread testing. Much like coronavirus, authorities were initially handicapped by the fact that it would often take several days for someone who was showing potential symptoms to be confirmed as positive for the virus. Once testing was developed that returned results within four hours, efforts to control the spread of the virus “were so fast that we actually didn’t use all the Ebola treatment units that we had built,” according to Shah.

There are still several obstacles to overcome before tests can be conducted throughout the population, including developing new types of tests. “If we are going to do things that are massive in scale and virtually instantaneous…we do need to look at new technologies,” Shah conceded. He noted that there are “two dozen testing technologies” utilizing polymerase chain reaction (PCR) which can detect infection before a person shows symptoms. It will be specifically important for tests to be able to use saliva samples rather than blood or nasal swaps in order to speed up the time of results and be safe for individuals to do regularly. The tests for detecting active cases would also be combined with scaled-up testing for antibodies of the virus, to determine who may have already been exposed and could have some immunity to future infection.

While the potential for false negatives for these tests could certainly be high, Romer argued that this would be acceptable, because individuals would ideally test frequently, either every day for at-risk and frontline workers or occasionally for the general population. Romer compared the potential for cases to slip through the cracks with these tests to the already-in-place social distancing measures which are imperfect at slowing down the spread of the virus. “None of them are perfect, but they can still have a huge effect…to put us on a path where the virus is going away.” While shortcomings need to be acknowledged, authorities “can’t let the perfect be the enemy of the good and practical right now,” Romer said.

Romer also dismissed concerns that this testing program would be too costly to implement. “We have the resources to develop this type of ubiquitous testing,” he said, adding that “we are losing $350 billion to $450 billion a month on reduced output” due to the economic effects of social distancing. If the United States spent $100 billion on widespread testing, it would represent four times cost-savings if the testing saved even just a month of time in slowing the spread of the virus, he explained. “It is just worth so much that it would be foolish of us not to invest $100 billion,” he maintained. Shah agreed, saying that “our country should be willing to make a huge massive investment in developing, acquiring, and distributing that test and using that test to restart our economy.” Similar efforts have been undertaken before, Shah noted. “Think of it as a large-scale Manhattan project.”

Perhaps the largest obstacle is finding the will to start a national effort to implement this testing program. “We don’t see the leadership for a national testing strategy in America immediately coming from the administration right now,” Shah noted, explaining that authorities will eventually need to implement “normative guidelines that would instruct how every institution in society should or could use these types of tests to help our economy survive.” Romer explained that many government authorities “are afraid of making mistakes” with new technology and it is “paralyzing the federal government right now.” But unlike the much slower and riskier process of developing a vaccine, “we don’t have to have that same concern about safety and something bad happening,” from increasing testing, he argued.

The lack of quick movement means that the initial steps may need to “happen outside of the umbrella of the federal government,” Romer said. Shah agreed, saying The Rockefeller Foundation, universities, scientists, and civil society organizations are “standing up and trying to fill that void” to “produce a vision of what is possible.” According to Romer, a proof of concept can be the crucial first step in jumpstarting this effort. “Show, don’t tell. We just need to show how to do this.”

Lessons from Taiwan’s experience with COVID-19

Early intervention, a flexible command structure, a comprehensive epidemic prevention strategy, integrated medical big data, and proactive information disclosure allowed Taiwan—which at its closest point is only eighty-one miles (130 kilometers) away from China and has a very high population density—to record only a few confirmed cases in recent months. There are a number of lessons to be learned from the Taiwanese government’s effective response to COVID-19 that should be shared with other parts of the world fighting the ongoing pandemic.

Cities “on the front lines” of the coronavirus crisis

As the novel coronavirus (COVID-19) pandemic worsens and deaths increase around the world, national and local governments are racing to prepare their healthcare systems, infrastructure, and economies to weather the current storm. “The world writ large was not adequately prepared to see what has come,” former New Orleans Mayor Mitch Landrieu said on April 1, adding that now it is up to mayors and local officials who “are really on the frontlines,” to take action to protect their citizens.