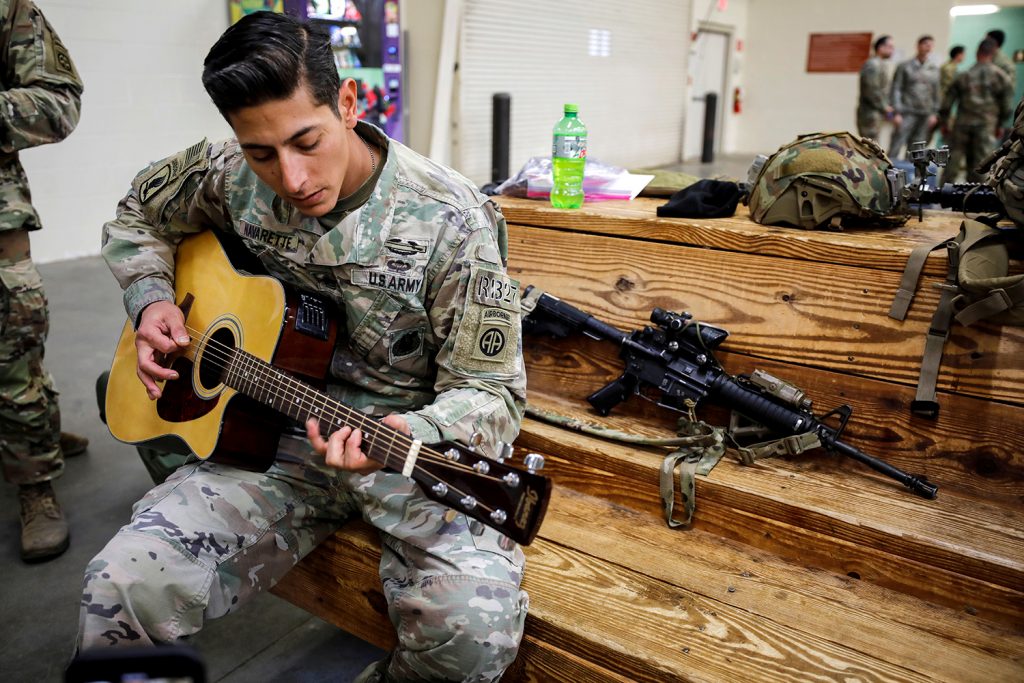 As the world continues to grapple with COVID-19, mental health continues to be one of the least understood and most overlooked effects of the pandemic. According to the Centers for Disease Control, the rate of anxiety disorder or depressive disorder symptoms among US adults has increased from roughly 11 percent in the second quarter of 2019 to roughly 35 percent in the second quarter of 2020. Mental health was already a major issue in the military: nearly one in three US service members who have returned from Iraq or Afghanistan report developing a mental health condition or experiencing a traumatic brain injury during their deployment. But the scope of the problem is not fully understood by policymakers and could become worse. The future of warfare will look dramatically different than it does today as autonomous weapons proliferate, and mental health problems among service members are likely to evolve as a direct result. As the nature of warfare changes, mental health policy needs to be front and center for the national security community.

The most well-known mental health challenges that are faced by service members and veterans include post-traumatic stress disorder (PTSD) and depression. According to a RAND study, approximately 18.5 percent of US service members returning from Afghanistan and Iraq have PTSD or depression. These conditions make it difficult for veterans to find jobs and transition back into civilian life. But there are also a range of other, less-publicized mental health issues that are equally harmful, including anxiety, suicidal thoughts, alcoholism, and drug addiction. Unfortunately, less than a quarter of those who need treatment receive sufficient care

It is incumbent on policymakers to support servicemembers and veterans with these issues. The ramifications of inadequate policy are tragic. Among the most disheartening statistics is that more US veterans committed suicide from 2008 to 2017 than the total number of US service members who died during the entire Vietnam War. As of 2018, veterans are more than twice as likely as civilians to commit suicide. In a devastating example of the short-term effects of untreated mental health problems, 541 service members killed themselves in the US military in 2018. Although counseling is available, service members often choose not to seek the help they need.

In many cases, such as the highly-publicized story of Navy Sailor Brandon Caserta, this can be attributed to the paucity of options allowing sailors to seek counseling without their chain of command being informed. The lack of “confidential” reporting options discourages service members from finding help, even when they know it exists, because they are worried about facing negative stigma from their peers and from their superior officers.

Some Department of Defense (DoD) policies might actually exacerbate problems with the stigmatization of mental health care, albeit unintentionally. As recently as 2014, the RAND Corporation identified 203 different DoD policies that contribute to stigma—ranging from policies that “use negative terminology” or “limit privacy” to policies that “prohibit action or imply incompetence.”

It would be unfair to ignore the consistent efforts within DoD to create positive change. One of the first major efforts was a 2006 DOD task force, which sought to examine mental health conditions in the military and generate recommendations for improving the efficacy of mental health services. This task force, along with others like it, reflect the bipartisan support for improving military mental health. But despite the widespread support, and efforts by the DoD to make progress, comprehensive mental health-care reform is hampered by a lack of research. US President Donald Trump, when presenting his PREVENTS plan to end veteran suicide, acknowledged that “nobody quite understands” the problems. These sentiments reflect what experts have long said—there is a need for more research about the causes, consequences, and remedies for mental health crises.

The existing picture of military mental health is likely to become more challenging as warfare begins to be fought differently. Analysis by the Forward Defense team at the Atlantic Council suggests that future warfare will rely heavily on integrating technology to create autonomous systems and multi-use platforms. Adversarial technologies may undermine US military superiority as asymmetric warfare becomes more common, and strategic adjustment will be necessary. Some experts have called for a complete overhaul of US force structure. Unfortunately, it is difficult to know how these monumental changes will affect mental health among service members.

Mental health challenges will likely change dramatically as service members are removed from the front lines in favor of autonomous or remote-controlled platforms. Unmanned aerial vehicle operators, for example, display significantly lower rates of PTSD. However, they also display significantly higher rates of less-publicized operational stressors such as psychological distress and fatigue. How these operational stressors affect physical, mental, and emotional health remains to be seen in the long-term and will require great research.

Creating a stronger, more resilient force is one of the most crucial tasks for the United States in this increasingly complex era of technological innovation and warfighting. Supporting service members’ mental health is an important strategic imperative towards that end. Policymakers must go further than raising awareness of available services. They must tackle the cultural and departmental stigma that discourages service members from seeking help. Military leaders must try to understand the extent to which mental health issues can compromise operational readiness, and they must think about effective mental health policies as force multipliers. Experts, academics, and thought leaders must incorporate these issues into broader analysis about the future of warfare.

Mental health research has long been left for doctors and psychologists to pursue. However, given the strategic importance of understanding how the future of warfare will affect mental health issues in the military, there is an opportunity for the national security community to contribute meaningful analysis that can inform policy. Now more than ever, military service members need exceptional mental health care—and the national security community is uniquely positioned to develop the actionable recommendations that are prerequisites for progress.

Andrew Farnsworth is an intern for Forward Defense at the Atlantic Council’s Scowcroft Center for Strategy and Security.

On Tuesday, June 2, at the inaugural event for the Atlantic Council’s newly-established Forward Defense practice, the Scowcroft Center for Strategy and Security hosted a panel of distinguished speakers to discuss the importance of thinking creatively about national security and defense.

Image: A paratrooper from the U.S. Army's 82nd Airborne Division plays guitar next to his weapon as the soldiers wait to board a plane for Colombia to participate in a multinational exercise there, at Fort Bragg, North Carolina, U.S. January 23, 2020. REUTERS/Jonathan Drake