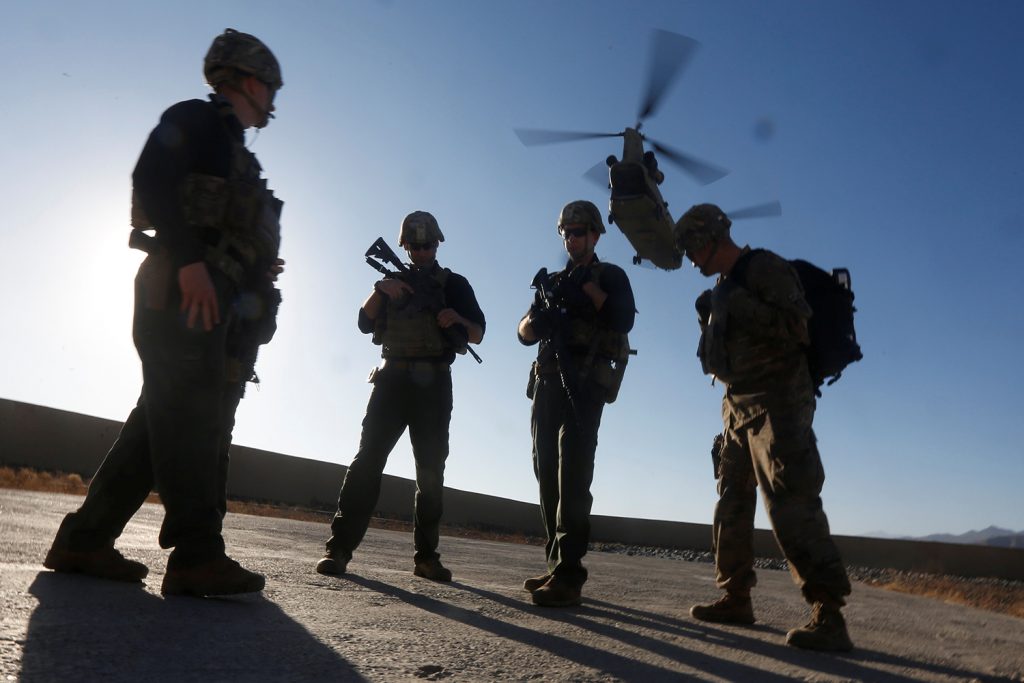 NATO cannot safeguard the coalition’s interests unilaterally. Strategic investments in NATO Special Operations Forces (SOF) to expand the NATO SOF Network will provide political and military leaders the full range of options in response to emerging threats—both hybrid and conventional—through strong partnerships within the Alliance and with partners. The NATO SOF Network can provide policymakers the time and space to formulate and execute policies that best protect the coalition’s interests and support NATO’s Strategic Concept. As stated in the Chicago Summit Declaration, “partnerships play a critical role in the promotion of international peace and security.”

The United States Special Operations Command (USSOCOM) had an initiative in 2013 to expand the Global SOF Network defined as “[a] globally networked force of SOF, interagency, allies, and partners able to rapidly and persistently address regional contingencies and threats to stability.” The Global SOF Network serves two purposes: to increase the [United States’] strategic reach and enable SOF to more rapidly and effectively respond to emerging threats while deterring future threats, and to strengthen relationships and capabilities of partners to create more stable and secure environments. This article advocates for NATO SOF to apply a similar concept and expand the NATO SOF Network.

RAND Corporation executed a series of war games in 2015 that indicated NATO was inadequate to defend the Baltic States from a plausible Russian conventional attack. Based on the complexity and uncertainty of future conflicts, NATO must improve its intelligence and early warning systems by enhancing the flexibility, agility, and responsiveness of Alliance forces through preparedness and readiness. SOF’s small footprint allows it to operate behind enemy lines and conduct special reconnaissance missions that can provide critical information to the Allied defense establishments. Deliberate expansion of the NATO SOF Network would effectively posture NATO’s specialized forces to promote trust with SOF partners, deter potential threats, and respond to emerging threats in a resource-constrained environment.

Through consistent NATO SOF engagements focused on partner-building, partner SOF units will increase in capability and strength, which will foster military prowess and establish a reputation that can sustain political will during intense diplomatic confrontations. In rational deterrence theory, the perception of military prowess can deter an adversary from encroachment due to the probability of a protracted and costly conflict. The Enhanced Forward Presence in Estonia, Latvia, Lithuania, and Poland further demonstrates the strength of the Alliance through partnership. From an adversary’s perspective, a cohesive NATO SOF Network that is relevant and capable will deteriorate adversaries’ morale (political, military, and popular support) due to their perceived probability of success.

During the Warsaw Summit in 2016, the committee stated that resilience is an essential basis for credible deterrence, defense, and effective fulfillment of the Alliance’s core tasks. By showcasing partner SOF’s competence in their homeland and region, it projects a viable military capability that can deter emerging threats and reassure the coalition’s civilian population during a time of crisis. In other words, competent and capable special operations forces will reassurean angry or fearful population or coalition that adequate responses are available and executable. Improving partnerships with global SOF partners will help promote the share of information and increase interoperability abroad.

Due to the small size of special operations, SOF can control the escalationof war as the enemy’s retaliation will be limited in scope and intensity. Maintaining a small footprint of NATO SOF to build partner forces’ capacity while providing policymakers with a responsive option to defuse emerging threats provides NATO with plausible deniability when the enemy decides to retaliate.  Due to the limited use of force, adversaries will likely limit the scope and intensity of their initial response. When appropriate, the adversary’s hesitation can provide NATO military leaders and policymakers the time and space to formulate a more cohesive and viable plan with coalition partners.

During the Warsaw Summit, the heads of states and governments stated that the primary responsibility to respond to hybrid threats or attacks rests with the targeted country and NATO will be postured in a supporting role. Partner capacity-building promotes developing NATO SOF partners’ capability and increasing coordination and interoperability between NATO SOF and partner SOF elements. A large part of the NATO SOF Network places responsibility for domestic security on the host nation forces as they best understand the operating environment, ongoing threats, population’s grievances, and potential secondary and tertiary effects of military actions. In a collective defense scenario, NATO and partner nations’ overall resiliency can mutually benefit through the sharing of lessons learned and experiences. Whether in a supporting or supported role, host nation forces possess tactical and operational context that NATO SOF can leverage to increase the probability of achieving political objectives without undermining cultural nuances that may result in strategic failure.

As part of the international efforts in the Global War on Terrorism in Afghanistan, USSOCOM and the NATO Special Operations Headquarters created the NATO Special Operations Component Command—Afghanistan (NSOCC-A). NSOCC-A was responsible for synchronizing, prioritizing, and supervising NATO SOF activities in support of International Security Assistance Forces (now Resolute Support Mission). After over a decade of partnering with NATO SOF, the Afghan Special Security Forces are the most respected and capable counter-terrorism force in the region. General John Nicholson, the former Commander of NATO’s Resolute Support Mission in Afghanistan, stated on 20 August 2017 that “the Afghan Commandos are the premier fighting force in this [Central Asian States] region.”

The NATO SOF Network will not only increase its internal military capabilities but also extend its operational reach through a better understanding of indigenous approaches that will support future contingency operations. As state and non-state actors seek to gain operational and strategic advantages by operating between the seams of NATO’s Strategic Concept, NATO SOF can lead the way by deliberately investing in partnerships. In cases where unilateral deterrence is insufficient, relationships and capacity building through enduring engagements will undoubtedly increase interdependence, interoperability, and integration between NATO SOF and partner SOF to complement strategic readiness.

A NATO SOF Network will help shape the future landscape through a commitment to build trust with partner forces. Ultimately, trust cannot be built while confronting a crisis, but instead requires time and commitment before the crisis. For these reasons, NATO should adopt a vision of expanding the NATO SOF Network to best support its Strategic Concept. As a force multiplier, whether building partner capacity or providing decision makers with an operational reach, the NATO SOF Network places NATO SOF in position to quickly resolve military/political issues, seize the initiative to place the enemy in a defensive posture, and deny the enemy a quick military victory.

Due to globalization and trans-regional terrorism, NATO must understand it cannot secure or safeguard our coalition’s interests unilaterally. Strategic investments of NATO SOF to expand the NATO SOF Network through cooperative security will best posture the Alliance to conduct crisis management and confront the uncertainty and complexity of future conflicts through the collective defense. Essentially, military alliances serve two purposes: to prevent wars and if necessary, to win wars. Now is the time to endorse the expansion of a relevant, necessary, and feasible NATO SOF Network which can provide NATO’s policymakers with more time and space to formulate policies that best protect the coalition’s interests through strategic unity of effort and operational interoperability between Special Operations partners.

Major Thang Q. Tran is an Army Special Forces Officer at Fort Carson, Colorado. He is a graduate of the United States Military Academy (BS), Naval Postgraduate School (MS) and Mississippi State University (MBA). The views expressed in this article do not reflect the official policy or position of the Department of Defense of the U.S. Government, NATO Special Operations Headquarters (NSHQ), or the Northern Atlantic Treaty Organization (NATO).

Military mobility—the ability to move massive amounts of troops and military equipment across territory and national borders rapidly—has warranted increasing attention from NATO policymakers over the last few years, but significant legal, diplomatic, and logistical challenges still need to be overcome—not to mention the sudden impact of the coronavirus (COVID-19) pandemic. “We have made some real progress,” explained US Army Europe Commander General Christopher Cavoli, “but there is a bit of work left to be done.”