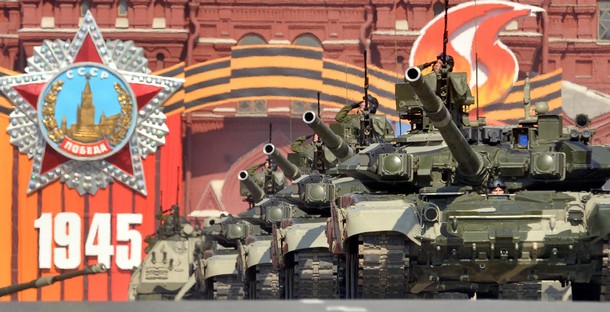 This week marks the 66th anniversary of the Allied defeat of Nazi Germany, recognized in the West on May 8 and in the East on May 9. Thus an important chapter in the greatest conflagration in human history was closed—the war in the Pacific raged on for another three months. The epic Allied victory is well worth recalling three generations later—but we should mind what we celebrate.

The end of World War II was about as complex a bit of history as has ever been, naturally evoking emotional debates. And those debates have as much to do with the legacy of the war in today’s geopolitics as they do with events nearly seven decades ago. Last year—the 65th anniversary—the debate was particularly rancorous.

Therefore, it is appropriate that Russia and all the countries now free of the Soviet Empire participate in marking the defeat of the Nazis. Moreover, with the people that fought in World War II now in their eighties and nineties, it is essential—from Australia to Georgia and beyond—that we hail their brave and selfless service and recall those who never returned home.

By the way, May 8 also marks the start of the Battle of the Kerch Peninsula in 1942, in which thousands of brave Georgians perished.

Thank you and may God bless you.

However, we must also never forget the horrors wrought by the Soviet regime—before, during and after the war, at home and abroad. Moreover, recall that the Soviet Union began World War II on Hitler’s side. And though people danced in the streets of every Allied capital on May 8-9, 1945—and again when Japan was defeated a few months later—the continuation of the Soviet Union was a terrible legacy of the war.

Following the machinations surrounding the Molotov-Ribbentrop Pact and its protocols, Estonia, Latvia and Lithuania, for example, were invaded by the Soviets, then the Nazis and again the Soviets, losing their independence for another 45 years. And the Soviet occupation of Georgia that began in 1921 was likewise perpetuated until 1991.

There is nothing to celebrate in any of that.

We can leave professional historians to debate whether the Cold War was a continuation of World War II, a legacy of the war or a chapter in the broader struggle against Twentieth Century totalitarianisms. Whatever the judgment, it was necessary because the Soviet Union was a threat to its own people and to countries around the globe. Frankly, if we could shed political correctness for historical perspective, we would recognize December 26, 1991—the day the Supreme Soviet dissolved itself—to be as significant as May 9.

But on April 25, 2005, then Russian President Vladimir Putin told the Federal Assembly, “First and foremost it is worth acknowledging that the demise of the Soviet Union was the greatest geopolitical catastrophe of the [20th] Century.” There is the rub!

In stark contrast, May 8 ceremonies in western capitals are solemn remembrances of those who served and those who died. Last year, for example, French President Nicolas Sarkozy laid a wreath at the monument to Charles de Gaulle. In London, the leaders of the three main political parties joined together to lay a wreath at the Cenotaph, a monument to Britain’s war dead. And in a continuing American effort, a nonprofit group called Honor Flight Network flies veterans to visit the World War II Memorial in Washington.

In Moscow, last year’s May 9 parade was over the top—11,000 troops, armored vehicles, rocket launchers, artillery and military aircraft of every description traversed Red Square. Even the Topol-M intercontinental nuclear missile appeared.

Bizarrely, military contingents from America, Britain, France and Poland also marched in Red Square. The appearance of units of the American 18th Infantry Regiment and the British Welsh Guards was all the more remarkable after Putin nixed attendance by US Vice President Joe Biden and Britain’s Prince Charles, Prince of Wales, who is also Colonel of the Regiment of Welsh Guards. Reportedly, Putin was piqued at Biden’s support for Georgia and London’s refusal to extradite Boris Berezovsky to Russia.

So, mind what we celebrate. Victory over Nazism? Or revanchist Russia? Western leaders should pay particular attention. We must never forget those who fought, but we must also never forget why we fought.

Finally—it bears repeating—to you, our parents and grandparents who served bravely and honorably—American, Georgian, Russian and more—thank you and may God bless you.