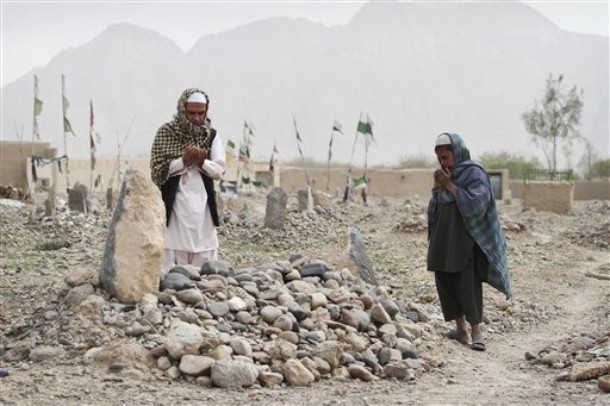 The alleged rampage of Staff Sergeant Robert Bales in an Afghan village that ended with 17 dead Afghan civilians has caught the public attention because the acts attributed to the 38-year-old father of two were so brutal, ghastly, and repulsive. They are a textbook case of war crimes–more specifically crimes against humanity–and are, as such reprehensible and intolerable. Whether Bales is the perpetrator (which seems fairly well established) and whether there are special mitigating circumstances such as mental condition are properly the province of the military court that will try him, and there is no intent here to prejudge or predict the outcomes of that process. There is, however, reason to ask how such a tragedy could have occurred, at least partly to try to be sure it does not recur.

Let me begin with what may be a controversial proposition: the massacre in which Bales allegedly engaged is probably not as unusual as some would have it. I operate on the assumption that such incidents, while not common, probably occur in most conflicts. In some cases, they become known in more or less detail–the My Lai incident in Vietnam, Wounded Knee during the western Indian wars, and the Bataan death march, for instances, are all examples, virtually all wars of any duration produce such incidents. This does not condone them; it simply acknowledges that nasty things happen from time to time in war. What distinguishes the current episode is how quickly, how widely, and in what detail it has become known. The question is whether episodes like this one, including the publicity it engenders, are simply a part of modern warfare. For essentially three reasons, the answer is Yes.

The first is the impact of the electronic revolution, and more specifically, the loss of private behavior that is a consequence of the revolution in communications. Unlike previous periods of time, there is essentially no private behavior in public places any longer: somebody is going to see, record, and transmit accounts of any bad behavior in which essentially anyone engages–or at least anyone engaging in or contemplating untoward behavior has to assume that is the case. This realization has multiple implications for a wide variety of formerly private behaviors, but in war, it means that anything one does may well–indeed, probably will–become public. Since war is about violence often committed in highly emotional situations, one must assume that stress-caused actions, some of which are not glorious or praiseworthy, are going to be recorded somewhere by someone. That is just a fact of the modern world and all soldiers need to be drilled very thoroughly in that reality, if they are not already. This phenomenon is neither good nor bad, although it can be both in different circumstances. But one cannot deny that it exists. In some earlier, unmediated times, the Afghan incident might have gone unreported and blame unassigned. No longer!

Second, the nature of modern warfare may make such more likely than before. Modern war, particularly the kinds in which the United States has engaged in the past half-century, has two salient characteristics that reinforce the point. The first is that these wars are asymmetrical. This means, among other things, that the enemy does not fight under established rules of warfare, often does not wear uniforms that distinguish it from the general population, and often uses youths as fighters. This means that the American soldier entering hostile territory does not necessarily know whether he is among friends or foes. This knowledge has to be enormously stressful for the individual soldier, and probably inevitably, some will snap. The fact that most wars are in developing world countries where American forces are physically distinctive, are sometimes viewed as unwelcome intruders, and where the interests being served may be ambiguous makes dealing with these kinds of war zones even more difficult. It is frightening enough when one faces a hostile but distinguishable army; it is an additional source of difficulty when trying to attain abstract goals in a very foreign and hostile environment.

Third, and possibly most controversially, the wars in Iraq and Afghanistan have fairly clearly demonstrated the limits of the all-volunteer force concept. Such will inevitably be comparatively small and expensive and they cannot easily be expanded except by recourse to outside contractors who are simultaneously more expensive and less reliable (certainly less controllable). The current force was not built for continuous, all-out employment over a decade; no military force is. Because but it cannot easily be expanded (getting more people to volunteer when a war is on is difficult), the only way to handle the burden is to recycle the existing force through multiple deployments in the kinds of hostile, stressful environments described above. Bales, after all, was in his fourth deployment when he allegedly attacked the Afghan village, and his history is not unusual. There are physical and, we are increasingly learning, psychological limits to the amount of combat stress that humans reasonably can be expected to endure.

These three factors are neither a full explanation of the Afghan incident nor do they offer an excuse for its occurrence or Bales’ alleged role. Rather, they are some of the factors that affect modern warfare and which will, almost inevitably, lead to future instances that are not dissimilar to that in Afghanistan this time. None of them is easily solvable, if they can be solved at all. The genie is out of the bottle in the electronic revolution, and it seems obvious that the only way to ensure that vivid reportage of atrocities like this one does not appear is to insure the instances don’t happen in the first place. The nature of modern war, however, virtually ensures that people will come under stress and behave badly in the future and that whatever they do will become publicly available for all to see. The overuse of an overextended military probably in turn makes the likelihood of regrettable behavior all the more probable. Until someone can devise a way to keep the chain of factors from being engaged, one can, regrettably, only expect more of the same.

Do any of these factors exonerate Robert Bales? That is a judgment for others to make based on the real evidence in this trial. What it does suggest, however, is that Bales or whoever killed those 17 innocent civilians was subject to forces that he or they probably did not recognize or understand and that, moreover, this is not the last time it will happen.

Donald M. Snow, Professor Emeritus at the University of Alabama, is the author of over 40 books on foreign policy, international relations, and national security topics. This essay first appeared at his blog What After Iraq?