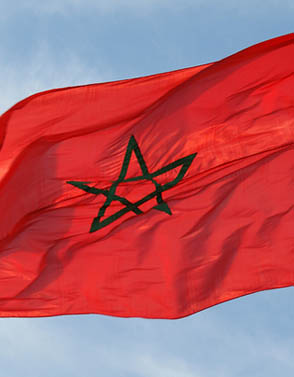 By most accounts, French president Francois Hollande had a successful visit to Washington last week. From my perspective, one of the most promising public outcomes was an op-ed piece, signed by Hollande and President Obama in Washington Post, in which they conveyed together their hopes as well as their fears about the future of Africa.

On the one hand, Africa below the Sahara is a rapidly growing market of more than eight hundred million people with enormous potential for profitable business and investment—by American and European entrepreneurs as well as others. Last year, US Assistant Secretary of State Johnnie Carson observed that “seven of the ten fastest growing economies in the world are located in Africa today.” France and the United States each have strengths and weaknesses on the continent in terms of the potential to take advantage of these opportunities: France, by virtue of its long colonial history on the continent, has greater expertise than the United States as well as a larger human network—but some African countries have reservations about French engagement due to bitter memories of colonialism. The United States has never occupied an African state—and to the contrary, participated in the liberation of much of North Africa from Nazi hegemony during World War II. But it is weaker in terms of expertise and access to the continent. Both countries, to be sure, need more partners on the ground and need to make greater efforts to foster goodwill with African publics.

On the other hand, the African continent, particularly its northwest, is politically unstable—wracked by ethnic and sectarian violence and failed or failing states. As Americans know well, the northern section of the volatile state of Mali—that is, a portion of the country roughly the size of France—fell into the hands of Al Qaeda for months last year. It was an unprecedented achievement for the terrorist group—a nucleic Al Qaeda jihadist state—requiring urgent and immediately countermeasures from the West. The French armed forces played a vital role in liberating it, with crucial support from the United States. But both countries are aware that going forward, Mali and other countries nearby need to be secured by indigenous African armies. Nor is there a permanent military solution for the threats these countries face: In the long run, economic development and sweeping counter-radicalization strategies are necessary to drain the swamps in which jihadism festers.

In sum, both the fears shared by America and France about Africa and the hopes they vest in the continent require a local partner—a beachhead of stability, goodwill and expertise—which can help meet the challenges Africa faces as well as benefit from its long-term promise. It must be a country nearby, with a human network spanning the continent, a strong military capacity, human and economic development expertise, and the ability to rekindle the flame of Islamic moderation and tolerance which jihadists strive to extinguish.

That country is undoubtedly the Kingdom of Morocco.

In recent years, Morocco has achieved a breakthrough in sub-Saharan Africa.

The policies of King Mohammed VI are based on three planks: support for the democratic process, partnership for human development and respect for cultural differences. In the struggle against terrorism, Morocco offers a unique form of support for Islamic tolerance: the king’s status of “Amir al-Mu’mineen”—”Commander of the Faithful”. A direct descendant of the prophet Mohammad, he is also the scion of a North African dynasty that helped export Islam to Africa south of the Sahara. It was an Islam of openness to local cultures and traditions, as well as to other faiths and spiritual systems. It is a gloss on Islam still embraced by Tijanis in Mali and numerous other Sufi orders and denominations within the faith.

On the basis of these fundamentals, Morocco intends to build fruitful relationships with its African brethren. It has economic tools at its disposal, built up over years: Moroccan banks; expatriate communities ingrained in mercantile life and the local languages and cultures. Agreements between Moroccan and sub-Saharan African businesses and institutions have been reached across a variety of sectors, notably water and health services. Moroccan telecommunications and construction companies have established a business presence in countries throughout the continent.

The fact that the king has visited Mali twice in two months underscores the priority the kingdom places on southward engagement. The training of five hundred imams in Moroccan religious seminaries reflects the kingdom’s desire to strengthen the fabric of Islamic culture in Mali as well as counter radicalism. The kingdom itself is also home to tens of thousands of students from Mali and neighboring African states—as well as migrant workers—making it a source of remittances as well as education for human development. Such activity initiated by the king also transcends the borders of Morocco and Mali: In the course of his visit last year to Senegal, Gabon, and Ivory Coast, he engaged the leaders of the Senegalese Tijani Sufi order, who regard Morocco as a fulcrum of their spiritual world. He has pledged to support this community through thick and thin.

Meanwhile, in the realm of business and economics, Morocco is omnipresent across the continent, with a banking network spanning twenty African nations and a web of interlocking expatriate communities who know the local cultures, business practices and opportunities. Trade with African countries to Morocco’s south is now poised to eclipse that with the United States itself. And through human-development projects ranging from rural electrification to medical and pharmaceutical aid, Rabat has helped Africans fight disease and integrate their societies into the global village.

This combination of goodwill, religious inspiration, hard power, and business acumen can serve the United States as well as France in their aspirations to more deeply connect with Africa. “Triangular” investment and trade programs—whereby the US or France builds on Moroccan business expertise to create profitable projects in a third, sub-Saharan country—are a suitable design to enable Morocco and its Western partners to fill in each other’s missing pieces. Through enhanced military partnership, Morocco can serve as a conduit for training and a collaborative architect for new security systems to stabilize fragile states. And Western support for Morocco’s exportation of Islamic tolerance can increase the magnitude of its efforts and help score a decisive, peaceful victory against jihadism.

This coming August in Washington, President Obama will host a summit for African leaders in Washington to help strengthen ties, as a White House spokesperson said, “with one of the world’s most dynamic and fastest-growing regions.” Moroccans look forward to doing everything they can to facilitate the success of the summit—as participants, facilitators and partners with African leaders as well as their peoples throughout the continent.

Ahmed Charai is publisher of the Moroccan weekly news magazine L’Observateur; Chairman and CEO of MED Radio national broadcast Network and chairman of the daily newspaper Al-Ahdath al-Maghrebiya. In the United States, he sits on the board of directors of the Atlantic Council of United States and the board of trustees of the Center for Strategic and International Studies, as well as the board of trustees of the Foreign Policy Research Institute. He is a member of The National Interest’s Advisory Council.