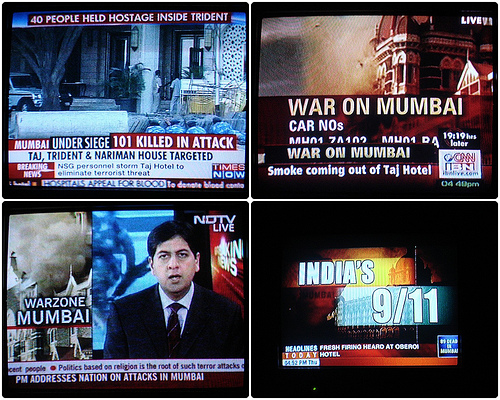 As mourning of the Mumbai attack continues, one thing is certain—intelligence cooperation between India and the rest of the world must increase. This is not only due to the transnational nature of terrorism, but also because states increasingly rely on international cooperation to combat terrorism.

With no single country able to monitor groups, training camps, and financing of attacks, international terrorism is giving rise to an “international intelligence community.” The Mumbai attacks represent an opportunity for India and Pakistan to cooperate against terrorist groups.

While countries with common concerns have always shared intelligence, some countries have special relationships developed over decades. Perhaps the best known in the world is the “Five Eyes” agreement among the United States, United Kingdom, Canada, Australia, and New Zealand. Additionally, NATO countries have a strong sharing tradition, their own computer network, and classification system to share among the 26 countries. With these agreements as the backbone, sharing intelligence to combat terrorism has been steadily rising. Spurred by NATO operations in the Balkans and Central Asia that found non-NATO countries under NATO command, NATO countries developed systems and procedures to share intelligence. These coalitions of the willing have enabled non-traditional partners to come together against the common threat of terrorism. This cooperation even extends to rogue or state sponsors of terrorism.

Syrian officials revealed on 19 November that Syria and the UK have been holding high-level intelligence talks in an effort to combat international terrorism. Syrian officials said exploratory talks have been going on between London and Damascus for several months, but a breakthrough appears to have been made during UK foreign secretary David Miliband’s recent visit to Damascus.

Quoted in the Lebanon’s Daily Star, Miliband said: “We will work with the Syrian government on counter-terrorism measures because terrorism threatens us both.”

Undoubtedly given energy by international actions after the 9/11 attacks (remember Le Monde’s headline “Nous sommes tous Americains”), are we all now Indians?

Intelligence cooperation also provides a non-public way for governments to cooperate when it is publicly unpopular. Cooperation is essential with the world challenged by non-state actors such as terrorists, pirates, and illicit traffickers. As I found in earlier research, states increasingly rely on other states either for their security or the necessary training and equipment to perform security functions. Second, to combat transnational threats effectively, states must share intelligence at the international level. After all, it was the Hamburg cell of largely Saudis who executed the September 11 terrorist attacks in the United States. Terrorists still come from states, plan operations in states, and operate in states.

Early reports suggest that the Mumbai attacks originated in Karachi, Pakistan. Pakistan’s foreign minister Shah Mehmood Qureshi, who was in India at the time of the attacks, called for calm and cooperation as quoted in the Guardian. “Whoever has done this is neither your friend nor our friend. We are not responsible for this, nor is it in our interest to get involved in something like this.” He called on India not to play politics. “We are facing a common enemy and we should join hands to defeat the enemy.”

Whether the public will like it or not, India will need the help of Pakistan, the United Kingdom, and the United States to further its investigation of the Mumbai attacks. The head of Pakistan’s intelligence service is heading to India to assist with the direct investigation of the attack, but this can also serve as a catalyst to bring India’s and Pakistan’s intelligence services closer together. While Indian nationalism can complicate this, intelligence cooperation provides a non-public venue that is somewhat immune from politics. One thing is certain, the globalization of combating terrorism has the potential to strengthen India’s warning capabilities by uniting a multinational network of intelligence agencies. For this to occur, it must begin in Islamabad.

Derek S. Reveron is a professor of national security affairs at the US Naval War College. These views are his own .  Photo by Flickr user keerthi, used under Creative Commons license.