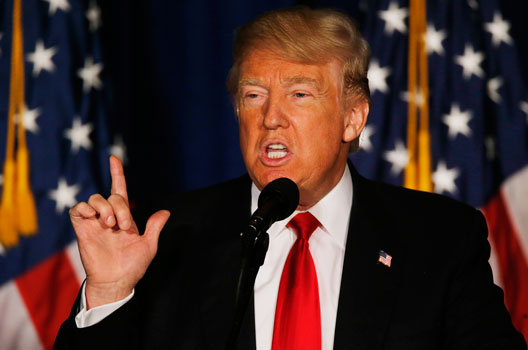 As strange as it seems, both US President Barack Obama and Republican presidential nominee Donald Trump seem to agree on one thing: European allies don’t spend enough on defense and they need to seriously step up. How they both frame this message is where Obama the statesman and Trump the salesman differ.

Since Russia’s annexation of Crimea in March of 2014, Obama has pressured NATO allies to meet the two percent of national GDP on defense spending for the bloc. At the same time, Obama has stated that the US stands firmly behind its European allies, while Trump throws out the baby with the bath water: repudiating allies who don’t fulfil their spending obligations while questioning the US commitment to European security.

However different these approaches may be, they are both based on disputable premises. Indeed, there are some undeniable differences on the level of NATO defense spending between the US and European allies and within Europe itself—ranging from less than 0.5 percent of GDP for Spain to more than 2.5 percent for Greece; and from less than eight-hundred million euros in annual defense spending in Slovakia to thirty-one billion euros for France. But behind these differences, there lies a more complex picture, one that Washington politics seldom grasp. With isolationist views like those purported by Trump, the narrative of unfair burden sharing turns into a corrosive one—scaring allies across the world and undermining US global credibility. It is time to get the facts right.

First, let’s take the oft-quoted figure of the US accounting close to 75 percent of total NATO defense spending. Comparing US global defence spending—which is around 600 billion USD—with European defense spending—around 200 billion euro—amounts to comparing apples with pears. A large portion of US defense spending has little to do with Europe: it is assigned to US global posture, to its presence in Asia-Pacific, and to war expenditures in Afghanistan and Iraq. The European theatre represents a small portion of US defense spending. Tellingly, the US contribution to the NATO common budget—22 percent of a total 1.5 billion USD annual budget—is less than what it should pay proportionally to its GDP. France, Germany, and the United Kingdom pay almost 35 percent of the NATO budget in total.

This figure is not surprising when every US defense secretary’s budgetary agenda primarily focuses on Pentagon overheads and military bases on US territory. Yet both of these budget segments are politically sensitive—especially when looking at the US Congress, whose members’ constituencies benefit from significant defense industry windfalls. It then becomes politically expedient to criticize US deployments abroad like Trump has done. The reality is that the majority of the cost and defense saving opportunities lie in the domestic sector, not abroad.

Second, defense spending offers an incomplete picture of contributions by allies to international security. Foreign aid is another side of the coin. In examining aid, Europe—that is the EU and its twenty-eight member states—is uncontested as the top global spender with a whopping 58.2 billion euros in 2014. In comparison, the US foreign aid budget amounts to a meager 22.7 billion USD for 2016.

Of course, the US is an indispensable contributor to European security. Without it, Europe will face an even more uncertain security environment. US-led nuclear deterrence, missile defence architecture, and military technology in tandem with its network of military headquarters and unique intelligence and surveillance capacity make all the difference. But, the military partnership works both ways. Europe provides the US with an invaluable network of like-minded partners who can work alongside US operations. This allows the US to take a step back in crisis zones like the Sahel in West Africa—allowing allies like France to play a more pivotal role.

Geographically, Europe provides an invaluable platform for the US to launch and conduct operations in more troubled regions like Middle East and North Africa. The US has also cashed in its commitment to Europe with unprecedented access of its defense industry and technology to European markets—something that cannot be said about restricted access in the US to similar European markets.

In the end, Europe offers the best value for US defense dollars. Donald Trump should recognize this given his overly-hyped business acumen.

Fabrice Pothier is a nonresident senior fellow with the Council’s Brent Scowcroft Center on International Security. You can follow him on Twitter @FabricePothier.

Image: Republican US presidential candidate Donald Trump delivered a foreign policy speech at the Mayflower Hotel in Washington on April 27 of 2016. (Reuters/Jim Bourg)