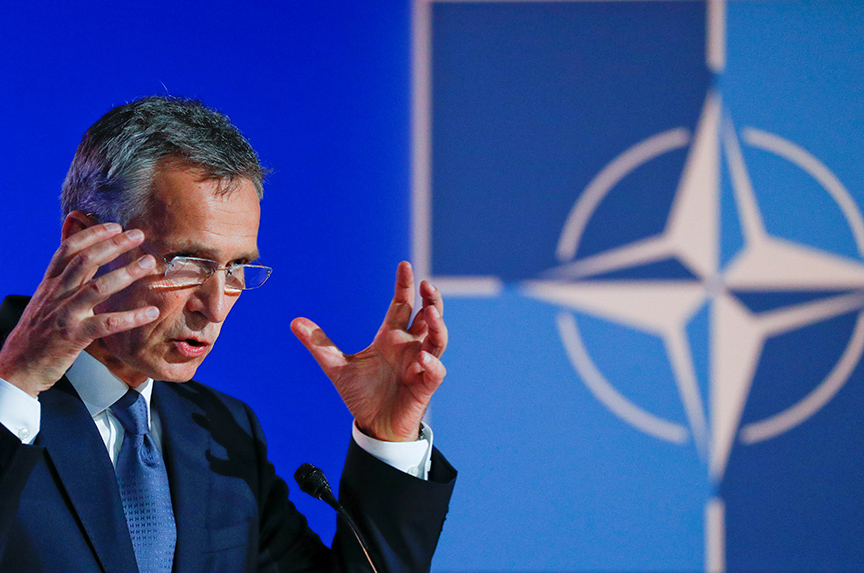 Budgetary bombast aside, the agenda in Brussels was a political success, but the proof will be in the subsequent grunt work to produce results

BRUSSELS – Despite all the contradictory signals, divergent headlines, and alarmist bombast over defense spending during NATO’s July 11-12 summit in Brussels—and there was plenty of that coming from the US president—the meeting, in the end, was a productive one. But delivering the concrete follow-on results will be the big challenge.

By most NATO standards, the summit was a political success. Its communiqué was wrapped up and agreed nearly a week before—early by usual summit standards. There was no ambiguity over Article 5, NATO’s opposition to Moscow’s illegal annexation of Crimea was reaffirmed, and, perhaps most important of all, a long list of decisions and initiatives was approved.

As German Defense Minister Ursula von der Leyen said at the NATO Engages event co-hosted by the Atlantic Council in Brussels on July 11, “all twenty-nine allies worked hard for this summit, and it is the most substantial I have seen so far.”

A glance at the communiqué reveals its substance and range.

Allies approved the creation of two new commands—one in Norfolk, Virginia, for protection of Atlantic sea lanes, one in Germany for rapid reinforcement of logistics; a new air power strategy for the Alliance; the so-called four thirties readiness initiative; an accelerated “enablement” plan to remove the allies’ physical and administrative obstacles to faster military deployment; new NATO missions in Tunisia (defense capability building) and Iraq (counterterrorism and military training); extended support and funding until 2024 for NATO’s mission in Afghanistan; a new cyberspace operations center within Supreme Headquarters Allied Powers Europe (SHAPE); creation of counter-hybrid support teams; stronger commitment to NATO-EU cooperation; and, finally, an invitation to Skopje for the future-named Republic of North Macedonia to join the Alliance.

Indeed, it’s an impressive list. However, a number of these goals exist only on paper. A lot of hard military planning and political coordination within and between each of the allies, and with the European Union (EU), still lie ahead if these goals are to become reality.

For example, regarding NATO’s goal of “enablement,” or military mobility as the EU more sensibly describes it, the summit communiqué calls for new diplomatic clearance procedures by the allies to shorten border crossing times for land, sea, and air movements within five days—by the end of 2019.

Though the European Defence Agency has in place diplomatic clearance procedures for fixed-wing military aircraft among its twenty-seven EU member states (twenty of whom also belong to NATO), this took years to coordinate. For NATO to do the same in all three domains in just eighteen months is highly ambitious, if not downright unrealistic. National parliaments and bureaucracies cannot move that fast. Watch for serious deadline slippage.

Another potential temporal split between rhetoric and reality will be the “four thirties” readiness initiative for the allies. The goal here is to designate and put on thirty days’ standby deployment notice thirty mechanized land battalions, thirty kinetic air squadrons, and thirty major combat vessels by 2020.

When pressed, NATO diplomats and soldiers admit to some uncertainty about the timing and details.

“There’s a lot to discuss,” a European NATO diplomat said on the eve of the summit. “It is a difficult issue to reach the thirty-day status and to build the larger formations, and establish coordination among them.”

A senior NATO military officer put it more bluntly during the summit. “No matter what the standby period, if you don’t have the ability to deploy or take the political decision to do so, you’ve wasted all that money,” said the officer on July 11.

He admitted: “How to work out the thirty days’ notice has yet to be worked out.” Given that NATO’s military bureaucracy is not known for speed-of-light planning and implementation, a grain of salt should be mixed in with that four-thirties’ deadline of 2020, too.

There are conceptual and timing hindrances linked to some of the summit’s other goals as well.

For example, the allies officially declared “full operational capability” (FOC) for their recently created Regional Hub for the South at NATO’s Joint Force Command in Naples. The hub’s remit is to anticipate and respond to crises emanating from the south by doing horizon scanning and coming up with solutions to head off crises and to help NATO’s partner countries in the region.

FOC status sounds impressive but, as the senior military officer admitted, “we are working out what the resources should be. If we want the hub to be integrated with Naples [Joint Force Command], then NATO’s got to give them the funds, most of which are held here at headquarters in Brussels. It has to be delegated.”

Even if the funding is arranged, there is the more serious problem of expertise, confided a senior NATO policy official. “If you’re going to do horizon scanning and solutions for a region as complex as North Africa and the Middle East, you need the specific skills for it. Very few allied military personnel can speak or read Arabic. That means you need a mixture of military, academic, and policy folks all working alongside each other at the hub.  They’re not there yet.”  So much for FOC.

Then there’s the new Joint Air Power Strategy approved at the summit, described by the communiqué as “a key enabler for NATO’s peacetime air policing and ballistic missile defense missions.”

Unlike other initiatives declared at the summit, this one—with its broad wording and wish-list feel—has no deadline attached to it. Asked why, the senior NATO officer said “we have not linked this to deliberate timelines because we’ll have to portray this challenge [to allied militaries] over several years.” He added: “First, we’ll have to install situation awareness [of the strategy] vertically and across all the services before we can go for planning and risk assessment.”

The officer wouldn’t venture how long that would take other than saying “we’re looking at quite a few years.”

A bit of cold water should also be thrown on the new Cyberspace Operations Center within SHAPE. This will complement NATO’s extant cyber-defensive operations across its commands and networks.

Its objectives will be to generate situational awareness and coordinate NATO’s cyberspace operational activity, including the use and integration into NATO missions of national cyber-offensive capabilities. Again, that sounds fine on paper, but the problem is that NATO and the allies—despite months of debate—have still not worked out the transfer-of-authority or borrowing arrangements with national ministries when NATO commands need that cyber-offensive capability.  Without that, the cyber ops center’s raison d’être will be weak.

As for NATO-EU cooperation, their pre-summit pledge on July 10 promises to build on and expand their two-year-old cooperation and its seventy-four tasks in seven areas, with special attention to military mobility and mutually supporting industrial issues, such as the participation of non-EU allies in EU-sponsored defense capability projects.

While military mobility is without doubt the most promising area of concrete cooperation between the two, the industrial issue of opening up EU-funded defense projects to third countries—read: the United States—is fraught with political landmines. No details have been worked out between the two organizations on how to get there.

“There are big political differences between the EU and NATO due to the bilateral problem imported into the relationship,” a third NATO source said on July 11, referring to Turkey’s veto on official NATO data exchanges and agreements with the EU.

“NATO may want its non-EU allies involved in those projects, but the bigger political environment is not exactly conducive to closer talks: the bilateral problem cuts across all seven areas and is a political envelope we have to work within. If that envelope is to be stretched, it will require a full decision by all NATO and EU member states. That is not happening yet, but through dialogue we’re hoping to change it.”

All is not gloom and smoke, however. NATO’s missions in Tunisia and Iraq are launching, the European allies and Canada are upping their defense spending across the board, and regional cooperation among the allies is unfolding quickly.

But the official timelines set out for many of the summit’s objectives should be seen for what they really are:  pressure markers to spur the allies on, even if they fail to collectively reach those first deadlines on time.