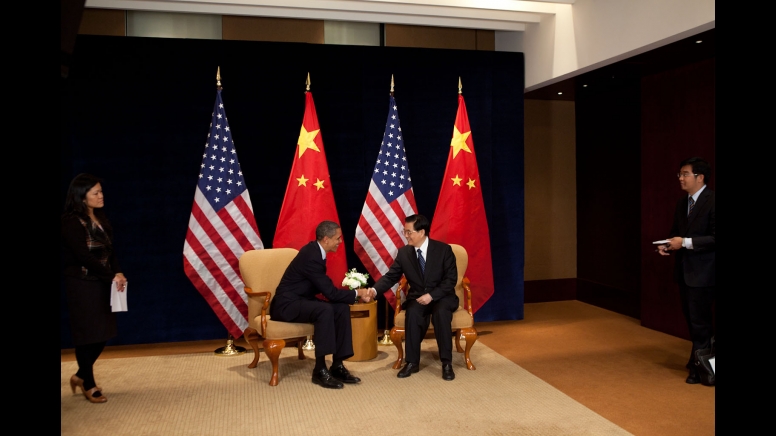 What kind of relationship will China and the United States have in ten years? Will it be primarily cooperative and collaborative in the face of the foreseeable – and unforeseeable – challenges the world will face? Or will the two countries drift toward strategic rivalry and hostile competition? During Chinese President Hu Jintao’s state visit to Washington in January 2011, he and U.S. President Barack Obama simply reaffirmed that they are seeking “positive, cooperative, and comprehensive relations.” But they failed to articulate a compelling vision for the U.S.-China relationship.

In the aftermath of the Hu-Obama summit, it is time for the U.S. and China to “think big” about where their relationship can and should be going in the coming decades –and how they aim to get there.

What kind of relationship will China and the United States have in ten years? For now, the U.S.-China relationship is on a positive trajectory. But this improvement is mostly a return to the status quo ante of two years ago. The trajectory of the relationship beyond the next few months is highly uncertain. Can improved relations be sustained and develop momentum to significantly alter the nature and dynamic of the world’s most important bilateral relationship? Or will the underlying tensions that plague the relationship in the economic, political, social and military realms, even if ameliorated, simply be replaced by new, equally contentious, disputes that will again increase tensions and further deepen strategic suspicions between the nations?

There is ample reason for pessimism, as reflected in statements by many commentators on both sides of the Pacific. Their common theme is that there is an inherent, destabilizing and potentially conflictual struggle between a “rising power” and an “established hegemon.”

In the case of U.S.-China relations, the tensions inherent in the shift in the distribution of global power are significantly exacerbated by other factors. Although China’s economic rise was already the story of the decade, the 2008 financial crisis accelerated its ascent. China weathered the crisis far better than the United States. Even more, the Chinese as well as others have blamed the global crisis on the U.S. and its model of capitalism. The rapid modernization and expanded international presence of the Chinese military is exacerbating U.S. military concerns about a “China threat.” The Chinese military is also an increasingly vocal source of Chinese nationalism and anti-Americanism. Add to this mixture the belief of many Chinese that China is now strong enough to put right its historical grievances, which has increased pressure on Beijing to take a more assertive policy stance toward China’s neighbors as well as toward the United States. In contrast, across the Pacific Americans are feeling uncertain and insecure about their country’s future, especially economically, exacerbating American anxiety about China’s evident economic successes—perceived by many as achieved at America’s expense. The continuing huge trade imbalance between the two countries and especially their “debtor/creditor” relationship has created fears in America of China “owning” the United States. Of course, differences in their respective political systems have long been a source of tension between China and the United States. But they matter more now, as many Americans have stopped believing that economic liberalization will inevitably lead to China’s democratization – a China that become a rival superpower.

This is a potentially explosive mix that could lead to deepening mistrust of each other’s strategic intentions and political pressure on the leaders of each country to take a tough stance in dealing with the other nation.

This narrative has become conventional thinking in both China and the West. But it is only part of the story.

The bigger story is the growing interdependence of the U.S. and China. Like it or not, our fates are intertwined, a fact that has led both American and Chinese leaders to declare that we are “in the same boat” in the face of long-term, global challenges and threats.

To begin, unlike strategic competitors such as the U.S. and the Soviet Union, China and the United States depend on each other for their economic success and are threatened by the potential economic failure of the other power. China may have suffered less than the U.S. from the global financial crisis, but as global markets tumbled in the fall of 2008, Chinese leaders as well as American officials recognized that they faced a grave common danger if the crisis spiraled downward into global depression. They worked together closely and effectively to coordinate Chinese and American fiscal and monetary policies to avert a global economic meltdown. In fact, they were key, if not the key, actors who “saved the world” in 2008 and 2009.

Moreover, over the next few decades the two countries – along with the rest of the world – are likely to face chronic shortages and sharp price increases in energy, food, and a vast array of raw materials and commodities, as the world adds two to three billion more people to the global population, to the global middle class, and to cities – mostly in developing countries. Climate change is already exacerbating water shortages and problems with food production and availability, and its impact is likely to increase significantly in the coming decades. Hardest hit will be the weak and impoverished states and regions of the world, aggravating the threats of state failure, civil and regional conflict, terrorism, proliferation and pandemics. All of these factors – from resource scarcity to climate change to failing states – could further undermine political stability and international security, thwarting efforts to maintain global economic growth that will also be threatened by future crises created by asset bubbles and global imbalances. No country will remain immune to these trends and threats—not China, not the United States.

Chinese and American leaders understand they need to cooperate to surmount shared long-term challenges. In the near-term, however, bilateral disputes loom large, and domestic pressures in both China and the United States could quickly derail the two countries’ efforts to deepen collaboration and cooperation on global challenges.

To overcome these difficulties, the two countries urgently need to develop a shared, long-term and compelling vision for the U.S.-China partnership and a realistic roadmap to realizing such a collaborative relationship that serves both countries’ interests. The foundation of this relationship—and of the vision for Sino-American relations—must be our common global challenges. Equally important is a commitment to give priority to strategic cooperation over bilateral differences and disputes.

The two sides should begin with a joint assessment of global trends and “alternative futures.” What are the long-term trends and challenges facing both countries? What will the world look like if the U.S. and China fail to enhance cooperation on global challenges? What could the U.S. and China gain, if they significantly enhance collaboration and develop a sustainable partnership? Which alternative futures should we embrace? And how could both countries craft a more effective “narrative” to explain and promote a cooperative U.S.-China relationship to the Chinese and American publics and elites and, for the United States, to U.S. allies and friends in Asia and Europe.

The United States and China are at a critical crossroads. The two countries must find a way to build a sustainable constructive partnership that can respond effectively to global challenges over the coming decades. Developing and implementing a 2020 vision for a collaborative U.S.-China relationship – and a roadmap to get there – could provide a pathway forward.

Banning Garrett is the Director of Asia Program and Strategic Foresight Project, Atlantic Council. This article was originally published on US-China Focus.