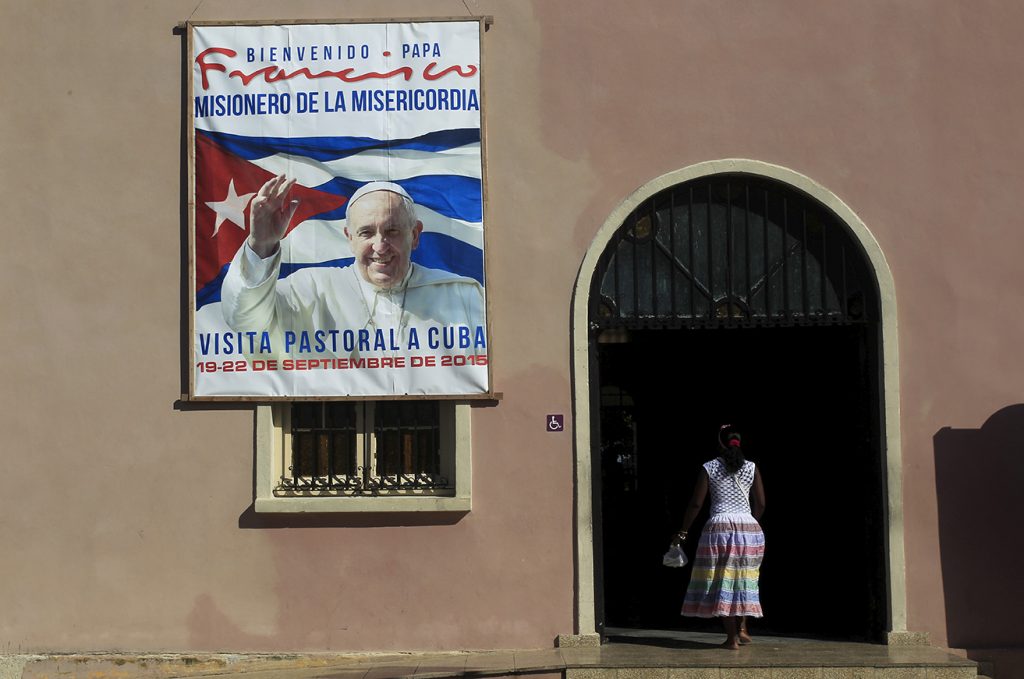 A woman enters a church with a poster advertising the visit of Pope Francis to Cuba in Santiago de las Vegas, Cuba, September 8. The Pope will visit Cuba from September 19-22. (Reuters)

Since December 17, 2014, seismic changes in US-Cuba relations have reshaped the landscape of each country’s interactions with Latin America and the global community. Despite much optimism, there is still a long road ahead for Cuba’s languishing economy, which needs to grow its nascent private sector and attract greater foreign investment. As much of the low-hanging fruit has already been picked, what’s next on the agenda for policymakers and the business community?

A shift is underway in Congress with a growing chorus of members, especially in the Senate, gaining a fuller appreciation of the need to change current policy. The Freedom to Travel to Cuba Act, which would remove all travel restrictions, now has forty-five cosponsors. Numerous other bills have been introduced to chip away at the embargo.

But with election year politics already in full drive, further advancing the normalization in relations may very well continue to hang on the executive. For that, President Barack Obama can still do a few things without Congress: allow Americans to travel as individuals (though still under one of the twelve licensed categories); work with the Cuban authorities to permit regularly scheduled, non-charter air service; and loosen credit for transactions. Could these changes be enacted before a possible Obama trip to Cuba in 2016?

Beyond the United States, the international spotlight will be on Cuba when Pope Francis visits the island from September 19-22. The Pope was instrumental in helping to move along the secret talks that led to the President’s executive actions. What message will he bring to Cuba? How will Cuban President Raúl Castro respond to his likely message of greater openness and freedoms for the Cuban people? The four-day visit will shed new light on how the Cuban government may—or may not—be changing with the implications stretching all the way to the US business community.

These important questions will be explored at two marquee events in New York on October 7-8: the 2nd U.S.-Cuba Corporate Counsel Summit  will inform organizations about how to remain fully apprised of a constantly changing political and regulatory landscape; and the Cuba Finance, Infrastructure & Investment Summit will explore why Cuba—with more than 12 million inhabitants and a GDP of $68 billion, but also aging infrastructure—is an intriguing prospect for the international investing community. The Atlantic Council is partnering in each event with the recognition that now is the time for a deeper dive in exploring many of the unanswered questions lingering from the business community.

The reopening of the US and Cuban embassies is the most visible product of the new direction in US-Cuba relations. But this by no means signals mission accomplished. Instead, it begs the question: how can the business and finance community step up their engagement?