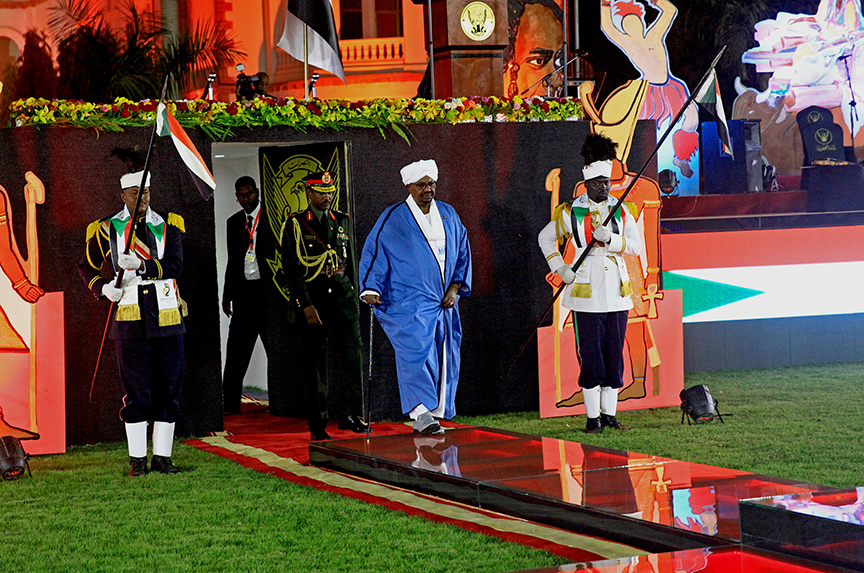 After decades of frozen relations with the United States, Sudan is poised to come in from the cold. Following the October 2017 relaxation of longstanding sanctions, Sudan appears eager to continue US engagement. However, since October, momentum for next steps toward improving the bilateral relationship has slowed.

The US-Sudan relationship is imperfect, and there are many enduring obstacles to full normalization—including Sudan’s need for greater political freedoms, economic reforms, and genuine peace in areas of the country long beset by conflict. Though daunting challenges remain, the best chance to achieve further progress is more and deeper US engagement, not less.

Further delay on the next phase of US-Sudan relations jeopardizes the best US opportunity in nearly three decades to influence positive change in Sudan. Moreover,  it risks giving Sudan’s hardliners an excuse to walk away from the United States and into the arms of US strategic rivals Russia, China, or Turkey.

On March 8, in an effort to reaffirm the importance of a timely second phase of engagement, the Atlantic Council’s Sudan Task Force released three issue briefs offering specific recommendations to the administration of US President Donald J. Trump on future relations with Sudan. The briefs focus on three critical and related topics: political reform and governance; economic reform; and opportunities for cultural engagement.

The Trump administration’s first year in office has focused on international hotspots like Iran, Syria, and North Korea while simultaneously weathering an increasingly turbulent domestic atmosphere. Amid such high-profile competing priorities, there is a danger that engagement with Sudan will be left on the backburner.

While the United States and Sudan have had a long and rocky history, US interest in and engagement with Sudan and its people dates back to the country’s independence. The United States helped end the devastating on-again, off-again civil war between the north and south by negotiating the 2005 Comprehensive Peace Agreement, which paved the way for the secession of southern Sudan (now South Sudan) in 2011. Additionally, high-level US attention to humanitarian and conflict issues, including during the genocide in Darfur and throughout the conflict in the two areas of South Kordofan and Blue Nile states, is well-known.

Additionally, Sudan’s strategic significance for US policy on Africa, the Middle East, and counter-terrorism cannot be overstated, and the country’s unique geographic positioning puts it at the nexus between the Arab and African worlds. With deep political, economic, and social connections to the Middle East, Sudanese troops are deployed to assist the Saudi-led coalition fighting in Yemen. Sudan also has influence in East Africa, where tensions with Egypt and Ethiopia over the Nile River, the ongoing Gulf crisis, civil war in South Sudan, and chaos in Somalia form a noxious recipe for instability. Sudan is thus poised to impact—positively or negatively—the volatile region.

Additionally, Sudan maintains access to the Red Sea by way of its long coastline and transit hub at Port Sudan. It is also a key partner in US counterterrorism efforts to address the threat posed by the Islamic State of Iraq and al-Sham (ISIS). Further, Sudan shares a two-hundred-plus mile border with restive Libya and nearly eight hundred miles of border with Egypt, two countries with which the United States maintains serious national security concerns.

In January 2017, the administration of former US President Barack Obama lifted comprehensive economic sanctions on Sudan for six months until the new Trump administration could make its own, final determination. The initial January decision followed more than six months of quiet talks with the Sudanese government, a vital trust-building exercise in a bilateral relationship previously characterized by mistrust and disappointment. In the negotiations, deemed “Phase I,” the United States pressured Sudan to make positive changes on five items that ranged from increasing humanitarian access to Sudan’s conflict areas to ceasing negative interference in South Sudan. When the Obama administration determined that Sudan had delivered on all five items, many sanctions were lifted.

The Trump administration built on this momentum when, after three months of delay, it permanently lifted sanctions in October 2017. While the removal of most economic sanctions against Sudan was a victory for many in Sudan, a number of serious legal and reputational obstacles to full normalization remain—including the State Sponsor of Terrorism designation, which affects Sudan’s access to the global banking system and is the precondition for other desired incentives such as debt relief.

Many in Washington agree on the necessity of a next phase of relations, but few agree on what it should contain. To this end, the recently-released Sudan Task Force reports offer recommendations to the Trump administration on the content of a second phase of engagement.

The reports recommend that the United States dispatch a Senate-confirmed ambassador to Sudan as quickly as possible; the last accredited ambassador to Sudan left in 1997. At the same time, it recommends that Sudan undertake a series of political and economic reforms, including creating a more enabling environment for political participation, strengthening protections of minority rights, adhering to United Nations (UN) sanctions on North Korea, and eliminating economic distortions.

Striking a balance in the new roadmap will not be easy. The perception that the United States requires too little from the Sudanese before offering a series of incentives will upset vocal US-based advocacy groups with strong ties in Congress. At the same time, the Sudanese have their own domestic constituency to appease. If they appear to give away too much in return for too little, hardliners inside the Sudanese government may rebel and shun further US engagement altogether.

In Sudan’s decades of isolation from the United States, the country deepened its partnerships with other countries, including Russia, China, and Turkey. Phase I of US engagement succeeded in bringing the Sudanese back to the negotiating table and building confidence on both sides after nearly three decades in the dark. There is much more to do to improve relations in a way that supports US interests and creates positive change for the people of Sudan. The time to build on that momentum is now.

Kelsey Lilley is associate director of the Atlantic Council’s Africa Center. You can follow her on Twitter @KelseyDegen.