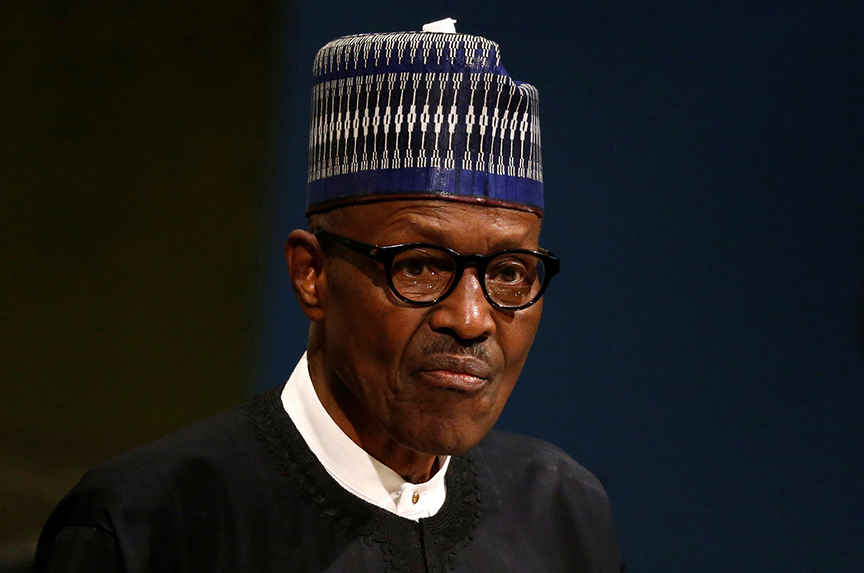 Nigerian President Muhammadu Buhari will on April 30 hold the distinction of becoming the first African president to meet US President Donald J. Trump at the White House in Washington.

“I think it sends a very good signal that the first African head of state to have an Oval Office meeting will be the democratically elected president of Africa’s most populous country and its largest economy,” said J. Peter Pham, director of the Atlantic Council’s Africa Center.

The two leaders are expected to focus on security and economic issues.

On security, Nigeria has been battling the Boko Haram insurgency in the northeast of the country for almost a decade. The group was behind the kidnapping of more than 200 schoolgirls in Chibok in 2014 as well as the abduction of more than 100 from Dapchi in February 2018.

On economics, the Buhari government has taken great strides in turning around the economy of Africa’s largest country. China, which has a large footprint on the continent, is the top investor in Nigeria—a fact that should get Trump’s attention.

On a visit to Washington in 2015, Buhari said that he had urged the Obama administration to provide Nigeria “counterterrorism with minimal strings.”

The Obama administration did not as it claimed it was prohibited by the Leahy laws, which bar providing US military assistance to specific individuals and units of foreign militaries that have been credibly accused of committing human rights abuses. The State Department at the time concluded that both Boko Haram and the Nigerian military had committed atrocities. Some Nigerian troops, specifically, were accused in a State Department report of committing extrajudicial killings, torture, rape, arbitrary detention, and widespread violence.

Acknowledging these human rights concerns, Pham, who is also vice president for research and regional initiatives at the Atlantic Council, said: “I would make the argument not to allow the best to be the enemy of the good.”

“Absent clear evidence of a systematically abusive regime, moral preening is of little utility in dealing with situations like this,” he added.

Trump, in contrast, has pushed ahead with military cooperation with Nigeria.

In 2017, the Trump administration approved the sale to Nigeria of twelve military planes and security equipment worth $600 million.

“Do we get engaged and help shift our Nigerian partners in a more positive direction or risk them going elsewhere as they have in the past?” he said.

Buhari, a 75-year-old former general who was elected president in 2015, has announced that he will seek a second term in elections next year.

Trump has also sought to improve relations with African countries which he allegedly referred to in derogatory terms in January. In March, Trump’s top diplomat, Rex Tillerson, only spent a few hours in Nigeria as he was forced to cut short a trip to Africa. Trump fired Tillerson on his return.

Q: What will be on the agenda of the Trump-Buhari meeting?

Pham: There are two major things that are on the agenda. One is economic opportunities and the other is security issues. On both of them Nigeria is, as I have long argued, the most significant partner for the United States for the long term on the African continent by virtue of the its geographical location, the size of its population and its economy,  and its geopolitical heft.

Q: What kind of military assistance does Buhari seek from the United States in his fight against Boko Haram?

Pham: There has been, at least since President Trump took office, reasonably good security cooperation [between the United States and Nigeria]. In the past, the Obama administration was reluctant and in fact delayed the sale of certain platforms that Nigerian military commanders sought in their fight against Boko Haram. It first blocked the resale of retired US-made Cobra attack helicopters by Israel and subsequently slow-walked the sale of A-24 Super Tucano planes made in Florida to the Nigerian air force.

Since President Trump took office the sale of the Super Tucanos were approved in a $600 million deal and there is ongoing training and other cooperation with the Nigerian military.

Q: The Obama administration had blocked the sale of these weapons over concerns about human rights abuses committed by the Nigerian military. Have those concerns been satisfactorily addressed?

Pham: There was a democratic change of administration in Nigeria in 2015. With the Goodluck Jonathan administration, previously, there were some concern about its commitment to the fight against Boko Haram.

After President Buhari was elected, the new Nigerian administration took a much more decisive approach to fighting Boko Haram. There is no doubting its commitment to fighting Boko Haram and other terrorist groups. One of President Buhari’s first acts was to replace Nigeria’s military leadership with a fresh team with a better grasp of the conflict dynamics; then he ordered the new commanders to move their headquarters closer to the battlefront, where they linked up with allies from neighboring countries. I visited the front lines of the fight at the edge of the Sambisa Forest in northeastern Borno State with an Atlantic Council delegation at the end of 2016 and it was quite clear that a great deal of progress had been made.

There were human rights concerns, but I would make the argument not to allow the best to be the enemy of the good. Nigeria is a significant country in Africa. Even during a recession, it has significant resources which it can deploy to acquire the military equipment its leaders believe they need elsewhere. The question for the United States is a strategic one. Do we get engaged and help shift our Nigerian partners in a more positive direction or risk them going elsewhere as they have in the past?

Absent clear evidence of a systematically abusive regime, moral preening is of little utility in dealing with situations like this. After all, the relevant US laws were intended to bar specific individuals and units who are credibly accused of human rights violations from receiving assistance, not sanction entire countries tout court to the detriment of our national interests.

Q: China is deeply invested in Nigeria. How much of a factor is that likely to be in getting President Trump’s attention focused on Nigeria?

Pham: China is certainly there, but there are also opportunities for US business. Nigeria has turned the corner a bit. After having gone into recession as energy prices declined, a number of measures undertaken by the Buhari administration led to real GDP growth at the end of last year. In 2017, the country ended up in a modest net positive position. Considering the macroeconomics it inherited, that’s a lot better than where Nigeria was with the contraction that occurred in 2016.

Currently, China is the top exporter to Nigeria. The United States is number three.

Q: In January, US Trade Representative Robert Lighthizer announced that the United States would select an African country for a “model” free trade deal. Is Nigeria a viable candidate?

American businesses seek markets where they are scalable. Right now, the only free trade agreement we have with any African country is with Morocco. Nigeria certainly should be a candidate for a “model” free trade deal. Nigeria is part of the Economic Community of West African States (ECOWAS). If you have access through Nigeria you have access to a market of several hundred million people—one that, once Morocco completes its accession to ECOWAS, extends from the Strait of Gibraltar to Central Africa.

Q: The Buhari visit comes after President Trump’s alleged derogatory description of African countries and an abbreviated trip by former Secretary of State Rex Tillerson to the continent. Is the White House meeting on April 30 an opportunity to prioritize the relationship with Africa?

Pham: It is an opportunity to reset the relationship. I think it sends a very good signal that the first African head of state to have an Oval Office meeting will be the democratically elected president of Africa’s most populous country and its largest economy.

President Buhari was one of two African leaders that Trump called after he came into office. The other was Jacob Zuma of South Africa. I think it is an important signal that Buhari is the African leader who is received at the White House. [Editor’s note: Zuma stepped down as president of South Africa in February amid a corruption scandal.]

Q: President Buhari plans to seek a second term. What is your assessment of his administration so far?

Pham: In addition to the improved security situation and macroeconomic climate, the Buhari administration has made two especially positive investments in Nigeria’s future. First, it has placed an emphasis on developing agriculture and food security. It has focused on rice production by helping farmers with fertilizer and other inputs as well as knowledge of improved agricultural practices. In 2015, Nigeria produced four million metric tons of rice. It is now producing seven million metric tons. More people are getting involved in the sector. There were five million people involved in rice farming in 2015; today there are eleven million people. In the same three years, food imports have gone from 644,000 metric tons to now only 24,000 metric tons. Nigeria has totally turned their food security situation around.

The second thing is the government’s investment in education, including providing food for children in schools—7.5 million pupils are fed every day in Nigeria across twenty-four of Nigeria’s thirty-six states.

These may seem like small measures, but they are indicative of the steady positive trajectory that makes Nigeria the partner that the United States should be investing in.