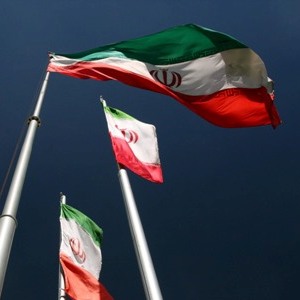 The interim deal with Iran on its nuclear program has prompted some legitimate questions about whether such a deal is in the interest of Israel, a vital US ally.

I joined eight other former American ambassadors to Israel and former under secretaries of State in writing a letter that answers that question: We believe the interim deal is very much in Israel’s interest as well as that of the United States.

Our key points are these:

Here is the full text of our letter, sent to the members of the US Senate and House of Representatives:

As former United States ambassadors to Israel and former Under Secretaries of State, we have devoted considerable efforts throughout our careers to strengthening and deepening the strategic bonds between the United States and Israel.  Our firm instructions in every administration we served, reflecting American national interests and values, were to help assure Israel’s well-being and safety.

It is our commitment to this constant purpose of American policy that motivates us now to write in support of the interim agreement signed between Iran and the five permanent United Nations Security Council members plus Germany.  We are persuaded that this agreement arrests Iran’s nuclear program for the first time in nearly a decade and opens the possibility of ultimately stopping Iran from developing a nuclear weapons capability.  More than any other option, a diplomatic breakthrough on this issue will help ensure Israel’s security and remove the threat that a nuclear-armed Iran would pose to the region generally and Israel specifically.

We are encouraged that this first-step agreement with Iran will constrain and make much more transparent its nuclear program.  This agreement contains concessions and limitations from Iran that few of us thought would have been possible just scant weeks ago.

We are cautiously hopeful, as is virtually the entire international community, that the United States along with other world powers will reach a comprehensive agreement within six months that will prevent Iran from getting a nuclear weapon, result in dismantling Iran’s program as much as possible, and greatly reduce its incentive even to consider such an option.

But hope alone cannot be a guarantor of Israel’s security or that of the United States and its allies.  The United States and its partners must remain alert to the possibility that Iran might fail to comply with its commitments under this first-step agreement.  We want an effective policy of zero tolerance with respect to Iran’s failure to abide by any of the obligations contained in the agreement.  It is imperative that the road to a permanent agreement not be paved on faulty or lax implementation of this agreement.

If the intrusive and extensive inspection and verification system in the agreement is carried out faithfully, then a greatly restrained Iran will be unable to pose a credible military threat to Israel.  Additionally, decades of constant American support of Israel’s security requirements now assure that Israel’s well known and fully understood strategic military capabilities are far superior to those of Iran; and this should remain the case in the future.

As the IAEA and the P5+1 monitor Iran’s compliance with its obligations under this agreement, it is important that the obligations undertaken by the P5+1 also be implemented faithfully.  That means no new sanctions during this period, and the careful relief of sanctions promised, much of which can and should be re-imposed and even augmented by the President or Congress immediately if Iran breaches its commitments.  Meanwhile the most forceful sanctions related to oil exports and financial transactions remain fully in effect.

The diplomacy underway now to stop Iran’s nuclear weapons program is not without risks, but it is important and wise to pursue it fully and carefully, so that the use of force remains only as a last option.

Especially during this period of implementing the interim agreement and trying to negotiate a permanent accord, it is essential that Israel remain assured of the enduring and unequivocal American commitment to Israel’s security and well-being.  The prevention of a nuclear-armed Iran must remain one of highest priorities of US policy in the Middle East.