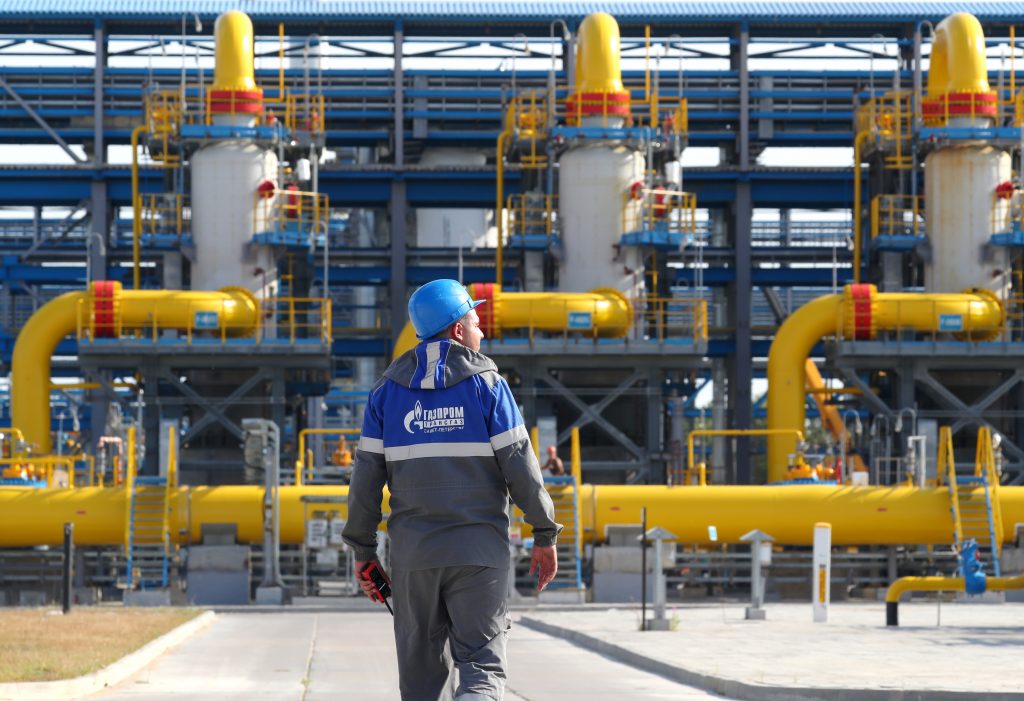 Even after the United States and Germany released a joint statement on July 21 intended to ease widespread concerns over the Nord Stream 2 natural gas pipeline, the project continues attracting opposition in Washington and across Europe—and for understandable reasons.

For years, Russian President Vladimir Putin has used natural gas as a political weapon, especially against Ukraine, and Nord Stream 2 appears aimed at extending that leverage. At the St. Petersburg International Economic Forum in June, Putin himself threatened to cut gas transit through Ukraine if Kyiv failed to show sufficient “good will.” Meanwhile, Gazprom, the pipeline’s owner, is curtailing gas deliveries to Europe—a move that’s driving up prices—and hinting that the supply shortage will ease only when Nord Stream 2 is fully operational.

No wonder Ukrainians, Poles, many Germans, most of the European Parliament, many officials across the European Union (EU), and a strong majority of an oft-divided US Congress remain staunch in opposition to the project. That’s why Germany and the United States must work hard and fast to fulfill the pledges they outlined in their joint statement to push back against Russia’s weaponization of energy. They’d better: Germany and the United States now own the consequences if the project encourages Putin to further bully Ukraine or other European countries through energy or other means.

Political documents like the joint statement carry both risks and potential. At their worst, they provide cover for inaction. But at their best, they can mobilize governments to fix problems. The document was a big step for Germany, whose president earlier this year still maintained the pipeline was a strategic bridge to Moscow. If Berlin and Washington mean what they’ve said, their statement could serve as a platform to address, at least in part, the risks of Nord Stream 2 and thwart the Putin victory many critics fear.

Here’s what they should do, based on the joint statement’s provisions:

The Biden administration’s appointment of Amos Hochstein as a State Department senior adviser for energy security on August 9 is a welcome development. Hochstein served in a similar role during the Obama administration, knows the issues and players well, and has long been an opponent of Nord Stream 2. He is the right person to oversee the implementation of the joint statement’s best provisions.

Both Hochstein and Germany’s forthcoming special envoy must act quickly. We recommend establishing a mechanism that includes the special envoys and their counterparts from other governments with equity in the issue, as well as working with the US-EU Energy Council, to monitor Russia’s actions. This mechanism should recommend responses, including sanctions and restrictions on Nord Stream 2, to any objectionable Russian energy policy.

Neither self-executing nor legally binding, the joint statement nevertheless contains commitments that, if implemented, could hold Russia more accountable and protect Europe’s energy security. Putin and regime-dominated Russian media have greeted the recent progress on Nord Stream 2 with a smirk—but through cooperation and determination, the United States, Germany, and Europe, Ukraine included, can turn this around.

Ambassador András Simonyi is a nonresident senior fellow at the Atlantic Council’s Global Energy Center and is a project director at George Washington University. He formerly served as the Hungarian ambassador to the United States.

Image: An output filtration facility of a gas treatment unit at the Slavyanskaya compressor station in Russia's Leningrad region, the starting point of the Nord Stream 2 natural gas pipeline. Photo via Peter Kovalev/TASS.