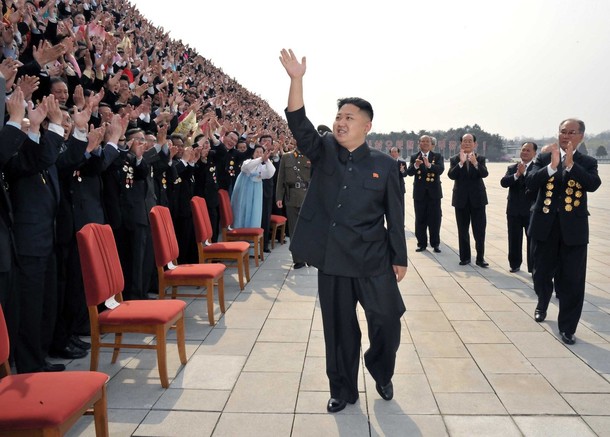 Radical changes are taking place in North Korea. It’s been seven months since the state commissioned new leader Kim Jong-Un, and now the Supreme Leader is challenging military control, exposing the Kim family to the public, and reassessing North Korea’s economic strategy and its approach to external cultural influences. We may be seeing the beginnings of a more open North Korea comparable to late 1970s China.

As in the case of China when Mao died, North Korea’s most recent, all-controlling leader—one whose failed industry-focused economic policies sent the nation spiraling into a severe depression—has passed. The resulting power vacuum has allowed those who have waited patiently for an opportunity to reform and revitalize North Korea to take the lead. Kim’s sudden and rapid adjustments reveal that he may be following a similar dictatorial trajectory of his predecessors, but with a Deng-like approach to governance.

Counter to the conventional wisdom, North Korea’s government is more than just a “one man show.” Since its founding, the Kim family has garnered the support of North Korea’s original political party, the Korean Workers Party (KWP), and later the Korean People’s Army (KPA), who consolidated power during Kim Jong-Il’s administration. In recent years, the two groups have competed for total control aligning with the nation’s dictator. Due to Kim’s age and lack of experience, many scholars anticipated that one of these two entities would guide Kim in his early months as leader. By reconstructing North Korea’s military composition in the form of civilian authority, Kim is reasserting the KWP’s political control.

Kim is also defying assumptions that he would be, or is simply, a puppet of his late father’s former advisers. For example, after abruptly dismissing a long-standing military official and mentor, Kim assumed the role of Marshal, the highest military office a civilian can hold. Later, he appointed his uncle, politician and general Jang Sung Taek, and politburo chief Choe Ryong Hae, to vice chairmanships of the National Defense Commission, an entity which directly oversees the army’s finances. Reallocating military finance control to Jang, who regularly advised Kim Jong-Il on liberalizing the economy, will allow him to finally make some progress. Just days ago, Kim admitted to Xinhua News that North Korea’s economy and standard of living needs serious improvement and that he intends to lead that effort. In light of his new responsibilities, Jang flew to Beijing on August 13, reinforcing new efforts to communicate with the Chinese on joint commercial projects, and revamping the DPRK’s agricultural production and economy. These endeavors indicate North Korea’s growing desire to prioritize domestic infrastructure rather than an aggressive foreign policy platform.

The state media’s announcement of first lady Ri Sol Ju presents another new approach by the North Korean government to legitimizing control. Until now, members of the ruling family have remained behind a heavy curtain, invisible to the public and to the rest of the world. Kim’s new bride represents potential for increased transparency. She is already actively playing an imperial role by accompanying Kim on various excursions and public appearances, all the while modeling a notably modern wardrobe.

Kim’s reshuffling of authority is not the only development shaking up North Korea. Western influences in the form of Mickey Mouse are seeping into the social realm after years of Western censorship. Mickey and friends appeared in a concert for Kim and his wife and were broadcast on national television. This display was uncharacteristic of North Korea’s usual propaganda programming and suggests the introduction of consumer values previously loathed by the North Korean state.

These adjustments in liberalizing economic policy and introducing Western influence are reminiscent of 1970s China where Premier Deng Xiao Ping promoted economic growth despite concerns of Westernization. He argued that the methods used by the state to generate economic growth are irrelevant as long as growth occurs. His efforts took time to implement, but were ultimately successful. Now, after so many years of enforcing an educational and cultural system that denounces American and Western practices, incorporating something as seemingly inconsequential as Disney characters in a concert performance may be an expression of exploring the world beyond North Korea. An aerial sighting of Kim enjoying a roller coaster ride with a British diplomat, an uncommon adventure in North Korean foreign policy, will also attest to the DPRK easing its reclusive attitude.

What are the implications of these policies on North Korea’s future? Kim’s unexpected leadership changes, the adoption of Western influence, and the growing accessibility and presence of the central government are hopeful signs that North Korea is taking its first steps in recovering from Kim Jong-Il’s “military first” state.

Significant modifications will take years to implement successfully, as has been the case of China, and one man, especially the world’s youngest head of state, cannot do it alone. Kim will need to strategically develop a strong cabinet in order for reforms to prevail. He will also face resistance from the KPA due to the country’s fierce dependence on military power in swaying international negotiations. In this regard, it is evident that North Korea still has a long way to go; however opportunities for progress are on the horizon.