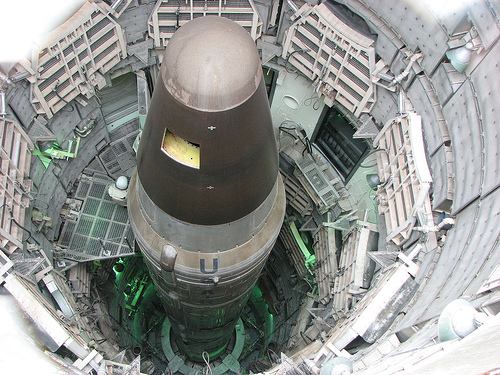 A New START treaty reestablishing the process of nuclear arms control has recently taken effect. Combined with reductions in the U.S. defense budget, this will bring the number of nuclear weapons in the United States to the lowest overall level since the 1950s. The Obama administration is said to be considering negotiations for a new round of nuclear reductions to bring about ceilings as low as 300 warheads. Before momentum builds on that basis, we feel obliged to stress our conviction that the goal of future negotiations should be strategic stability and that lower numbers of weapons should be a consequence of strategic analysis, not an abstract preconceived determination.

Regardless of one’s vision of the ultimate future of nuclear weapons, the overarching goal of contemporary U.S. nuclear policy must be to ensure that nuclear weapons are never used. Strategic stability is not inherent with low numbers of weapons; indeed, excessively low numbers could lead to a situation in which surprise attacks are conceivable.

We supported ratification of the START treaty. We favor verification of agreed reductions and procedures that enhance predictability and transparency. One of us (Kissinger) has supported working toward the elimination of nuclear weapons, albeit with the proviso that a series of verifiable intermediate steps that maintain stability precede such an end point and that every stage of the process be fully transparent and verifiable.

The precondition of the next phase of U.S. nuclear weapons policy must be to enhance and enshrine the strategic stability that has preserved global peace and prevented the use of nuclear weapons for two generations.

First, strategic stability requires maintaining strategic forces of sufficient size and composition that a first strike cannot reduce retaliation to a level acceptable to the aggressor.

Second, in assessing the level of unacceptable damage, the United States cannot assume that a potential enemy will adhere to values or calculations identical to our own. We need a sufficient number of weapons to pose a threat to what potential aggressors value under every conceivable circumstance. We should avoid strategic analysis by mirror-imaging.

Third, the composition of our strategic forces cannot be defined by numbers alone. It also depends on the type of delivery vehicles and their mix. If the composition of the U.S. deterrent force is modified as a result of reduction, agreement or for other reasons, a sufficient variety must be retained, together with a robust supporting command and control system, so as to guarantee that a preemptive attack cannot succeed.

Fourth, in deciding on force levels and lower numbers, verification is crucial. Particularly important is a determination of what level of uncertainty threatens the calculation of stability. At present, that level is well within the capabilities of the existing verification systems. We must be certain that projected levels maintain — and when possible, reinforce — that confidence.

Fifth, the global nonproliferation regime has been weakened to a point where some of the proliferating countries are reported to have arsenals of more than 100 weapons. And these arsenals are growing. At what lower U.S. levels could these arsenals constitute a strategic threat? What will be their strategic impact if deterrence breaks down in the overall strategic relationship? Does this prospect open up the risk of hostile alliances between countries whose forces individually are not adequate to challenge strategic stability but that combined might overthrow the nuclear equation.

Sixth, this suggests that, below a level yet to be established, nuclear reductions cannot be confined to Russia and the United States. As the countries with the two largest nuclear arsenals, Russia and the United States have a special responsibility. But other countries need to be brought into the discussion when substantial reductions from existing START levels are on the international agenda.

Seventh, strategic stability will be affected by other factors, such as missile defenses and the roles and numbers of tactical nuclear weapons, which are not now subject to agreed limitations. Precision-guided large conventional warheads on long-range delivery vehicles provide another challenge to stability. The interrelationship among these elements must be taken into account in future negotiations.

Eighth, we must see to it that countries that have relied on American nuclear protection maintain their confidence in the U.S. capability for deterrence. If that confidence falters, they may be tempted by accommodation to their adversaries or independent nuclear capabilities.

Nuclear weapons will continue to influence the international landscape as part of strategy and an aspect of negotiation. The lessons learned throughout seven decades need to continue to govern the future.

Dr. Henry Kissinger is a member of the Atlantic Council Board of Directors. He served as National Security Advisor from 1968 to 1975 and as Secretary of State from 1973 to 1977 under Presidents Nixon and Ford. Brent Scowcroft is Chairman of the Atlantic Council’s International Advisory Board, former national security adviser to US presidents George H. W. Bush and Gerald Ford, and president of The Scowcroft Group, an international advisory firm.  This piece originally appeared on The Washington Post.