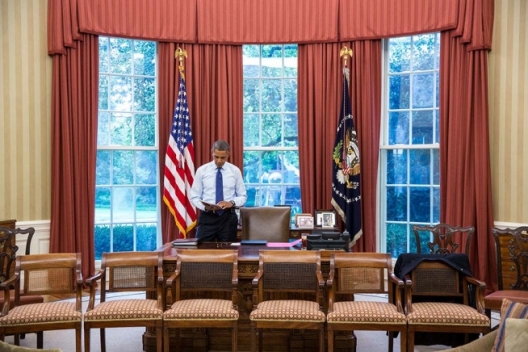 With a speed few predicted, Iran’s new president, Hassan Rowhani, has signaled his interest in negotiations this autumn on Iran’s controversial nuclear program. This could produce the first extensive contact between Washington and Tehran since diplomatic relations ruptured during the Jimmy Carter administration.

In an extraordinary press conference last week, Rowhani pledged “to enter negotiations which are serious and substantive.” He also appointed Javad Zarif as his foreign minister; Zarif understands America from his time in New York as UN ambassador, and has worked effectively with US diplomats in establishing the new Afghan government after the fall of the Taliban.

There are nagging doubts, however, about how genuine a reformer Rowhani really is. Can he actually deliver, given Iran’s past lies and deceptions about its nuclear program? He has been a loyal servant of Iran’s revolutionary government since its birth and a consistent supporter of the nuclear program. And even if he wanted to reach a deal with the United States on the nuclear issue, he could be overruled by the more powerful, anti-American Supreme Leader, Ali Khamenei.

The only way to test him, of course, is at the negotiating table. That is why President Obama is right to exploit this rare diplomatic opening. While the main discussions will be between Iran on one side and the United States, Europe, Russia, and China on the other, look for American and Iranian negotiators to arrange direct talks on the margins to explore the many serious issues that divide them. If negotiations jell, they may well extend into 2014 and require the personal leadership of Secretary of State John Kerry, given the high stakes for both countries.

While Iran’s drive for nuclear weapons will be the core focus of the talks, the Obama team should consider opening a wide-ranging conversation with Zarif and the Iranian leadership. The United States might offer an expansive view of what can be achieved if Iran agrees to a non-nuclear weapons future. The United States could offer trade, aid, and exchanges to match Iranian concessions in opening rounds. Such a big, strategic approach would not be charity. On the contrary, it would also permit the United States to raise our strong opposition to Iran’s objectionable behavior in Syria and Iraq and its opposition to Israel.

The United States will also need to keep pressure on Iran. Former Secretary of State Condoleezza Rice agreed with me at an Aspen Strategy Group public forum last week that the United States should maintain sanctions and the threat of force on Iran during the talks. Such an approach may be the only way to convince Iran to make the concessions necessary for progress. The United States is worried by Iran’s acceleration of its uranium enrichment and heavy water reactor programs in the last few months. Israel is also concerned. Prime Minister Benjamin Netanyahu compared Rowhani to a “wolf in sheep’s clothing.” He advised visiting members of Congress to be wary of Rowhani, warning “while everybody is busy talking to him, he’ll be busy enriching uranium.”

Obama faces an additional roadblock in Congress, where both parties are competing to load even more sanctions on Iran. The House passed by a landslide last week draconian new sanctions that Obama did not request. The administration hopes the Senate will delay the bill or agree to a waiver permitting the president to decide when and if to impose them. It makes no sense to tie Obama’s hands before talks begin when the United States already has substantial sanctions in place. Rather than torpedo negotiations, Congress and Israel should give Obama time, space, and flexibility to match wits with Iran’s leaders.

Two of Obama’s predecessors had to decide how and when to open diplomatic relations with difficult and dangerous adversaries. FDR began talking to Stalin’s Soviet Union in 1933 after 15 years of frozen relations. Richard Nixon’s brilliant trip to meet Mao ended more than 20 years of isolation between Beijing and Washington. FDR and Nixon understood that talking to the enemy is not naive but a smart way to keep our edge in a complex world.

Obama now has the opportunity to match Rowhani’s offer and open talks with Iran for the first time in 34 years. He has the right instinct — diplomacy first before thinking about war with Iran.

Nicholas Burns is professor of the practice of diplomacy and international politics at the Harvard Kennedy School of Government, and Atlantic Council Board director. He served in the United States Foreign Service for 27 years until his retirement in April 2008. Follow him on Twitter @RNicholasBurns. This piece first appeared on The Boston Globe.