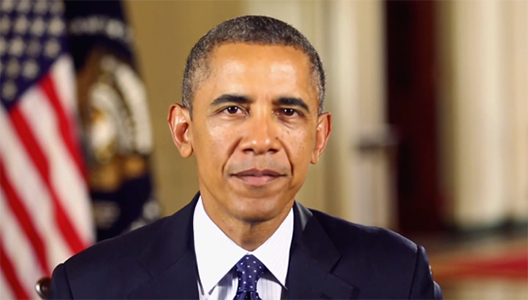 Don’t get me wrong — Sweden has been an exceptional partner to the United States. Although technically not an ally, Swedish soldiers have stood with ours in Afghanistan and Kosovo, and the Swedish air force played a serious role in enforcing the no-fly-zone during the Libyan revolution. Sweden is also a strong supporter of a globally competitive transatlantic economy and can show President Obama a prosperous economy with greater social mobility than we enjoy in the United States. But even though the president will dine on Wednesday with leaders from across the Nordic region, this is neither the right time nor place. Indeed, the White House decision to spend a free evening in Stockholm — thanks to the cancellation of the Obama-Putin meeting — demonstrates how haphazard and ad hoc the US approach to Europe has become.

Although much time and attention is focused on the rising powers of Asia, the reality is that Europe has been our consistent partner over the last few years. They have been with us in Afghanistan, despite a consistent lack of public support, and have taken leading roles — both military and economic — in addressing the “Arab Spring.” The EU has pledged $6.5 billion (€5 billion) in aid to Egypt, compared with the US allocation of about $2 billion per year. European governments have been determined in enforcing embargos on Iran and Syria. Even Greece, in the darkest days of its financial crisis, gave up oil imports from Iran which comprised 30-40 percent of its imports. And in June, the United States and European Union launched the most ambitious trade negotiation ever, aiming to better integrate and strengthen our two economies, which represent 50 percent of global GDP.

Despite this partnership, the Obama administration has failed to develop a strategic vision — or a basic strategy — to ensure that this partnership endures. The casual announcement of a “pivot to Asia,” and the clumsy attempt to rename it as a “rebalancing,” only confirmed to many in Europe that the United States was increasingly disinterested. President Obama’s failure to close Guantanamo and the growing US reliance on drones to conduct anti-terrorist raids has created much disquiet among the European public, even though their governments have not taken in Guantanamo inmates and in some cases plan to purchase or develop their own drones, although largely for surveillance. The revelations of NSA surveillance of US and European (and other) citizens, coupled with charges that the United States spied on its European allies’ embassies, has created a new level of suspicion across the Atlantic, particularly in those countries, such as Germany, where past governments spied on their citizens with horrific consequences. Following the military takeover in Egypt, the European Union suspended shipments of “repressive” goods, while many in Europe regard the failure of the United States to end financial support of the military with puzzlement. Most recently, President Obama’s last minute decision to seek congressional approval for a strike on Syria raises questions about US commitments. Europeans have been divided on the merits of such a strike, but the administration’s escalating rhetoric and then sudden deflation has left our partners wondering if they still can accurately read American intentions.

In this environment of eroding confidence in US leadership, the Obama administration should reach out to the European public, to make clear its commitment to a new type of partnership. This is no longer the Cold War when “partnership” really meant US protection of Europe through the presence of 300,000 US troops. Rather, it is a partnership of colleagues, who share a wide set of basic values and interests, but who bring different assets and experiences to the table. Europe’s military capacity faces significant budgetary threats, but Europe is more unified and active than ever on key issues such as Iran, Syria, Egypt, and even Afghanistan. But European willingness to work with the United States is being eroded by our disinterest in their concerns, from the Asian “pivot” to NSA surveillance. Our European partners need to hear a coherent vision for US foreign policy, including their role as partners.

The best place for President Obama to present this vision is in the new “capital” of Europe — Brussels — before the European Parliament. He should speak not just to the government leaders, but to the citizens of twenty-eight nations. True, the Parliament has often been critical of the United States; its president, Martin Schulz, has been among the most outspoken European politicians on the NSA revelations. But it is exactly these “critical friends” that we must win back — they are believers in the transatlantic partnership but also convinced that it must be grounded in a healthy attention to each other’s interests and values. That President Obama has not yet been to Brussels — neither to NATO nor the EU — is a tremendous oversight. While his Berlin speech in June focused on the past, it is long past time for him to speak to the people of Europe about his vision of the future.