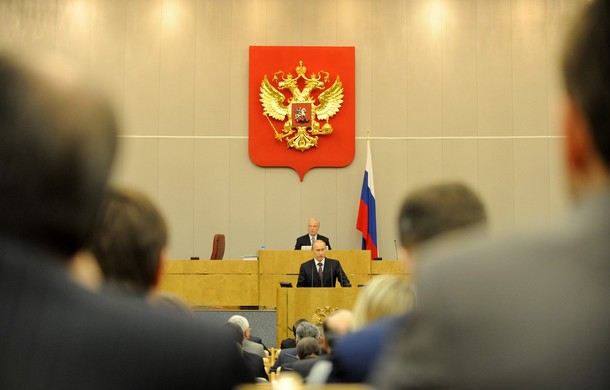 As Vladimir Putin prepares for his May inauguration and return to the Russian presidency, the United States must design a new relationship with this often difficult leader and his country.

The “Russian Reset” of President Obama’s first term sought to overcome the strain in relations of recent years in order to achieve some specific foreign policy goals. It brought a new arms control treaty, Russian cooperation in transiting military material to Afghanistan, and help in pressuring Iran. But simply continuing the reset along the same lines is a dead end.

There is little likelihood of any significant progress in nuclear arms control because any new accord would require more meaningful reductions in weapons. The US and NATO engagement in Afghanistan is winding down. And Russia seems unwilling to pursue further sanctions against the Iranian threat of proliferation.

When Mr. Putin arrives in Camp David for the G8 summit in May, President Obama must be ready to lay out the framework for a new reset.

Foreign policy cooperation, including on Iran, will still be important. But this reset must have a more comprehensive goal: to integrate Russia more fully into the international economy and community. By giving Russia – and Putin – a greater stake in strong relations with the West, the reset can also create incentives for better behavior, both domestically and internationally, at the Kremlin.

This new approach should have three components: an economic one that uses Russia’s anticipated entry into the World Trade Organization (WTO) to boost support for rule-of-law and build stronger commercial ties; a diplomatic one that involves much closer coordination with European allies to present a united front to the Russians; and more firm and clear promotion of human rights and media freedom in Russia.

In December, Russia reached agreement with the WTO and its members – including the United States and European governments – on the terms of its accession. All that remains is for the Duma, or parliament, to ratify the accord. While Putin has been somewhat skeptical of WTO accession, there is no other choice for Russia if the new government wishes to modernize an economy that’s overly dependent on oil and gas exports.

The US and Europe should push Russia to complete its entry into the WTO and then begin close monitoring of its implementation of trade rules. As with China, the process of adopting and enforcing those rules is likely to be slow. Just as the US and European Union pushed together for Chinese adherence to WTO rules on protection of intellectual property, so they must cooperate closely to gain Russian adherence to those rules and others.

WTO membership presents a valuable opportunity to strengthen rule-of-law in that country – including laws on contracts, property ownership, and investment protection. The US European Union should also support Russian organizations, including business associations, that seek to make WTO membership an effective and practical reality.

If the US is to have any credibility in this effort, it must finally repeal the Jackson Vanik amendment of 1974. This relic of the cold war no longer serves any real purpose, as the Soviet Jews it sought to protect have long since emigrated. But by keeping US barriers to Russian trade abnormally high, Jackson Vanik ensures that the US – and US-based companies – will be at a serious disadvantage as Russia expands its global trade.

Repealing Jackson Vanik should not be seen as a favor to the new Russian government. Opening markets to Russia is essential to convince the Russian public and business leaders that their future is with the West. In return, US business will have better access to a growing economy and consumer market.

Second, if the new Russian reset is focused on economics, then Europe must be a strong partner with the United States. The EU and its member states bring tremendous leverage. The EU is Russia’s most important trading partner, accounting for 47 percent of all Russian trade, while trade with the US is only 4 percent of the Russian total. European companies are also among the biggest investors in Russia.

Yet Europe has struggled to find a unified approach to its large Eastern neighbor, in part because some European countries depend on Russian energy supplies, and in other cases because of traditionally close relationships.

If the Russian government continues to divide the West, there will be no pressure for change. Instead, the US and European governments must stand together, pushing Russia to implement reforms needed for a stronger economic relationship.

Third, the US and Europe must also stand together if the Russian government abuses its people or its neighbors. They should remind all that the 2008 occupation of the Georgian provinces of Abkhazia and South Ossetia should be neither permanent nor a precedent.

They should speak out together when Russian citizens are subject to faulty trials or illegal confiscation of property, not to mention mistreatment and worse at the hands of the authorities. The US and Europe should also make clear their support for Russia’s remaining free media, which is the best safeguard against government abuse or corruption.

When necessary, US and European governments may have to go beyond criticism. But these responses should be carefully aimed at punishing responsible individuals through visa restrictions and other means, as in the proposed “Magnitsky law,” rather than the broad sweep of Jackson Vanik.

In either case, President Putin is likely to lash out in response, threatening to spoil the “reset.” But one lesson of the first reset is that, despite the rhetoric, Russia will move forward when in its interest.

Criticism of Russian human rights policy is unlikely to stop Russia from seeking to expand its exports. Instead, Russia’s need to modernize its economy, including through expanded exports, could make it possible for the US and Europe, working together, to create incentives for greater rule of law in the economy and elsewhere in Russia.

Fran Burwell is vice president and director of Transatlantic Relations at the Atlantic Council. Svante Cornell is director of the Institute for Security and Development Policy in Stockholm. The authors also published an Atlantic Council issue brief titled “Rethinking the Russia Reset.” This piece was originally published ni the Christian Science Monitor.