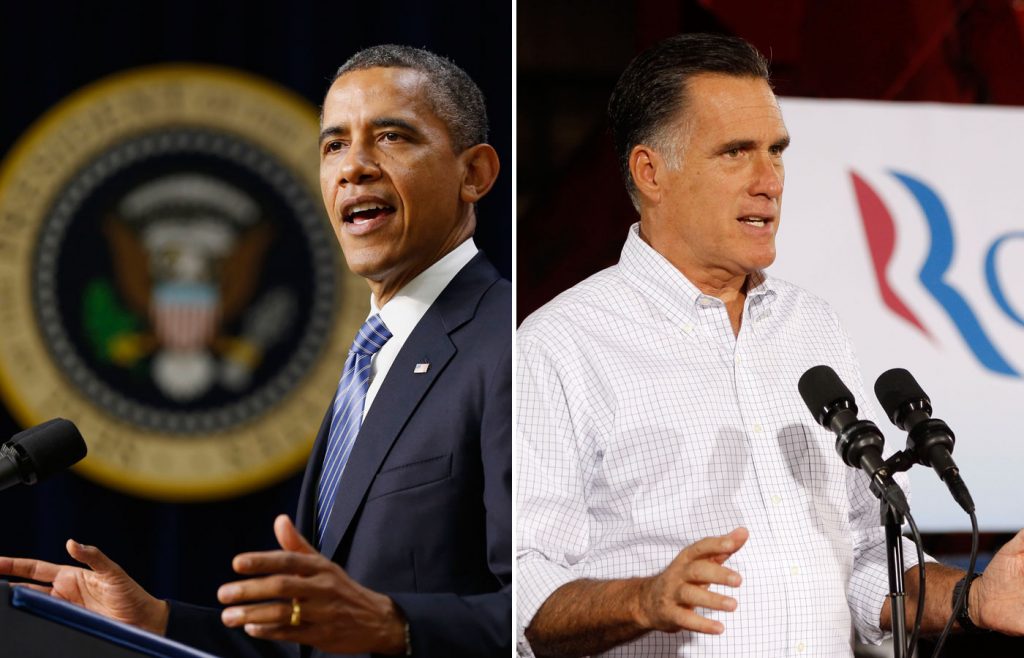 The 2012 US presidential campaign is decidedly not about foreign policy. For Governor Mitt Romney, the campaign is about convincing the American electorate that President Barack Obama has been a poor steward of the economy and should be replaced. For Obama the task is to convince voters that Romney is too out-of-touch with the American middle class to improve their lot.

Yet foreign policy has already made its way into the campaign, particularly as a result of recent turbulence in the Middle East. Romney, trailing in the polls, has sough to identify areas where Obama could be seen as vulnerable on foreign policy issues and to exploit them as much as possible.

Yet Romney finds himself in an unusual position for a Republican challenger. For the first time since Vietnam, the Democrats are seen to have the advantage on foreign and national security policy issues. Therefore, Romney’s attacks on Obama’s foreign policy record are generally limited to issues of style rather than substance.

When Romney has critiqued Obama on specific issues, he has focused largely on Iran’s nuclear program and allegations of insufficient US support for Israel.

Romney frequently criticizes Obama for the style of the conduct of his foreign policy. One common Romney critique is that Obama does not subscribe to the idea of ‘American exceptionalism,’ a belief among American conservatives that the United States has a unique and privileged role to play in the international system as a result of its domestic political values. This is a common theme among Republicans, perhaps best exemplified rhetorically by President Ronald Reagan’s reference to the United States as a ‘shining city on a hill.’ The Romney campaign believes Obama rejects the idea of American exceptionalism, and accuses the President of ‘apologizing for America.’

A second Romney campaign critique is that the Obama administration has shown a lack of sufficient leadership and resolve. The Romney campaign’s first principle in their foreign policy white paper is to ‘show clarity and resolve.’ Romney sought to highlight this distinction most recently during the killing of the US Ambassador to Libya, Chris Stevens, alleging that Obama and the US State Department were too reluctant to vocally defend American values. This attack has been viewed as unsuccessful, premature, and desperate by most of the mainstream media in the United States.

A more substantive Romney criticism of the Obama administration’s lack of clarity and resolve is its attack on Obama’s poorly-handled reversal of President Bush’s missile defense policy in 2009, when muddled communications concerning the new architecture left important US allies in Central Europe confused and mistrustful of US intentions.

These criticisms aside, it is unclear whether a President Romney would in fact find a more muscular, vocal US posture to be much more effective in the real world of governing. Part of Obama’s approach to international affairs has been informed by the belief that Bush’s more assertive policies alienated allies and global public opinion. For example, Bush’s ‘with us or against us’ style of coalition building stands in stark contrast to the Obama administration’s quiet diplomacy against Iran’s nuclear program. The result has been an imperfect but vast international sanctions regime against Iran and its nuclear program that has crippled its economy, if not yet stopped its nuclear program. However, tougher rhetoric would likely have made complicated partners such as Turkey, Russia, and China far less likely to participate in isolating the Iranian regime.

It is on the question of Iran’s nuclear program and its threat to Israel that Romney has sought to draw the greatest distinction. Given Obama’s strained relations with Prime Minister Netanyahu and Iran’s continued progress toward developing a nuclear weapon, Romney senses a real opportunity to make the president look weak and pick up important Jewish votes in the key state of Florida.

Romney has proposed that as president he would make the use of military force a credible option, push for a fifth round of international sanctions against Iran, support the Iranian opposition, and accelerate the development of a national missile defense system. Are these propositions this much different than those put forward by Obama, though? The Obama team has repeatedly pledged that ‘no option is off the table’ regarding military force against Iran. A fifth round of UN sanctions is unlikely to come from a Romney team that has pledged to get tough with China and Russia, both veto wielding members of the UN Security Council. Moreover, the Obama administration’s diplomacy with the European Union to embargo oil imports from Iran has been far more effective than additional UN sanctions.

Support for the Iranian opposition could prove effective in shaking the ruling regime, but the leader of the Iranian Green Movement, Mir Hossein Mossavi, is no less enthusiastic about Iran’s nuclear program than Ayatollah Khamenei or President Ahmadinejad. And while important financial and technical questions remain regarding the Obama administration’s missile defense architecture, Romney’s enthusiasm for a global missile defense system is contradictory to his vow to never let Iran develop nuclear weapons in the first place.

There are real differences between the two candidates on foreign policy. But just as there was a good deal of foreign policy continuity between Bush and Obama, we should also expect to see similar continuity on many fronts if Romney is elected to the White House. While there would indeed be real differences of policy, the greatest differences might be in style, with a more vocal, nationalist rhetoric coming from Romney administration officials. No matter what style he chooses, a President Romney would find on day one that his top priority would be fixing the US economy and that his approach to foreign policy would need to be more nuanced and flexible than he has advocated in his campaign.

Jeff Lightfoot is deputy director of the Atlantic Council’s Brent Scowcroft Center on International Security. The views expressed here are his own.