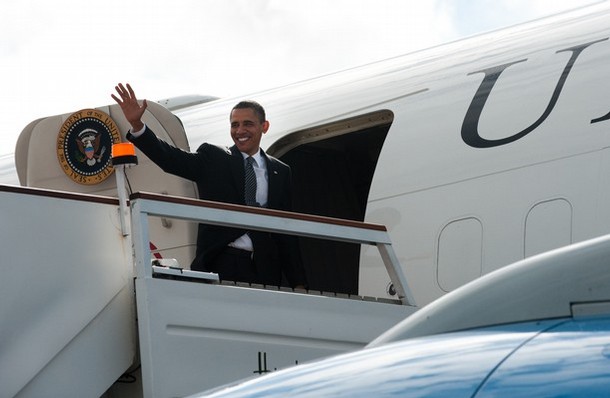 President Obama’s visit to Europe this week is giving him the opportunity to bury once and for all perceptions that have dogged his administration from the outset: that the US has lost interest in Europe, and has put a higher priority on resetting relations with an authoritarian Russia than it has on the completion of a Europe whole, free, and at peace. Such completion, of course, has been a goal of successive US administrations since the fall of the Berlin Wall.

After a state visit to Britain to reset the “special relationship,” and a stop in Ireland – ideal for showing US support for the EU and euro given Ireland’s debt troubles – he is using today’s G8 Summit in France to show that the US and Europe can work together effectively on global issues, especially on supporting reform and democracy in the broader Middle East. This renews former President Bush’s emphasis on these themes at the US-hosted G8 Summit in 2004.

The early stops have already been quite successful. But perhaps Mr. Obama’s most symbolic stop will be in Poland tomorrow. Central Europeans have complained since the start of the “reset policy” with Moscow that the United States has ignored their interests in favor of accommodating Russia. Until now, Obama had not visited any Central European country other than for the purpose of a US-Russia meeting or a multilateral summit. Central Europeans wondered whether the administration still shared a commitment not merely to them, but to the advancement of freedom in all of Europe, including Ukraine, Georgia, Belarus, Moldova, the Balkans, the Caucasus, and even Russia itself. Did Obama actually “get” this region?

In Poland, the president will address two areas of vital concern to the Poles: the US visa waiver program, and US defense cooperation. This will signal a renewed commitment to working with Poland as a strategic ally in Europe – and in turn stand as a signal to the region as a whole.

Moreover, Obama and Polish President Bronislaw Komorowski will co-host a dinner for some 20 leaders from Western, Central, and Eastern Europe Friday night – an excellent venue to signal continued US commitment to the completion of Europe, as Poland prepares to take over the EU presidency.

Yet in doing so, he must confront an awkward fact: His will be the first administration since President Clinton’s first term that has not seen NATO invite new members to join the Alliance. And it will take the EU at least five years to bring in new members following Croatia’s likely accession later this year.

The reason for this is obvious: None of the other potential candidate countries is actually ready for membership at this stage. But there is more at work than just the invitations. There is the commitment to the vision of an inclusive, democratic Europe for all its citizens.

In the past, the realistic prospect of NATO and EU membership helped leaders drive through the reforms needed to meet NATO and EU standards. Yet in 2011, for a whole host of reasons, the credibility of this commitment has waned.

Meanwhile, NATO has put Georgian aspirations for NATO membership on ice. Ukraine has turned its back on European integration. And while inviting Montenegro and Bosnia into its Membership Action Program, NATO has sent a strong signal that it does not envision new members any time soon.

In all of this, President Obama has been largely silent. Yet at the dinner he co-hosts in Warsaw, he has an opportunity to change all this: He should not merely rebuild relations with nations that felt estranged in recent years; he should declare America’s enduring support for completion of a Europe that is truly whole, free, and at peace. For the right of all people to determine their own future, to choose their own security alliances.

He should explicitly state that NATO’s 2008 invitations to Croatia and Albania will not be the last, and he should call on the EU to reinvigorate its own dream of a wider Europe. And he should stress that freedom, prosperity, and security for Russia’s neighbors – and indeed for Russia itself – is not a threat to Russia, but indeed the best “reset” Russia could hope for.

Kurt Volker, a senior advisor to the Atlantic Council and a member of its Strategic Advisors Group, is international managing director of BGR Group and a senior fellow at the Johns Hopkins Center for Transatlantic Relations. Ivan Vejvoda is vice president of programs at the German Marshall Fund. Damon Wilson is executive vice president of the Atlantic Council. This was originally published in the Christian Science Monitor. Photo credit: Getty Images.