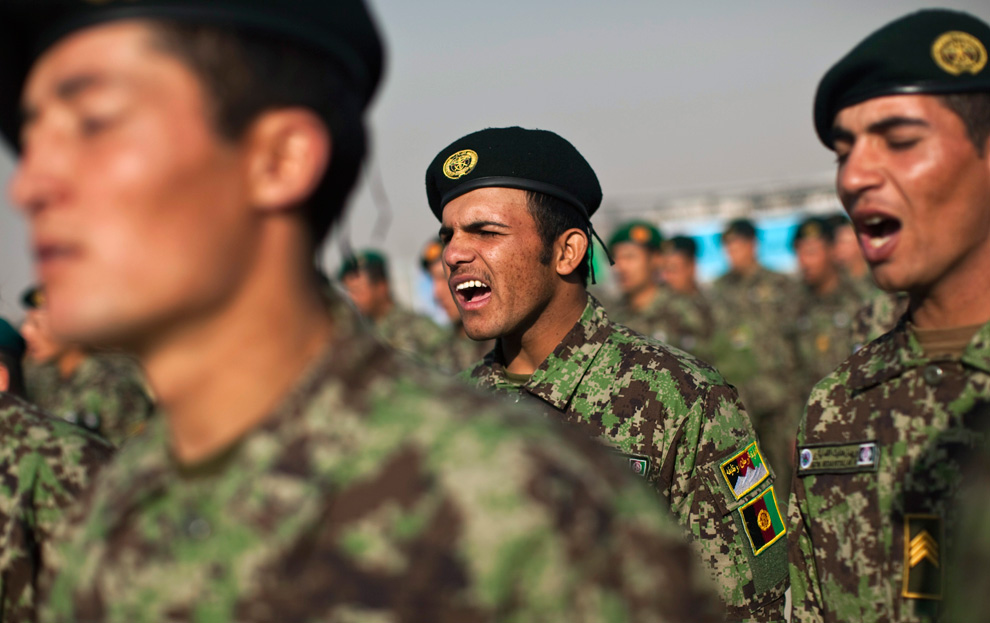 For obvious reasons, coverage of Afghanistan is focused on the 150,000 NATO troops. After all, there are Soldiers, Sailors, Airmen, Marines, and even Coast Guardsmen conducting counterinsurgency operations, developing Afghanistan’s infrastructure, and training the Afghan military and police. All three lines of effort are essential, but developing an independent security force is essential for fulfilling President Obama’s goal “that the Afghan people are able to determine their own fate.” As I’ve written elsewhere, Exporting Security is a key goal of U.S. foreign policy.

Leading the effort to train and equip the Afghan security forces is the NATO Training Mission-Afghanistan or NTM-A, which makes up less than three percent of NATO forces in Afghanistan. (for full disclosure, I’m currently on staff there). Before its creation in November 2009 there were insufficient resources to properly train and equip the Afghan security forces. But in the last 15 months, with the combined efforts of more than 25 countries, NTM-A has assisted Afghan leaders make great strides in developing the force. Given that the Allied strategy is to transition security responsibility from NATO to the Afghan National Security Force by the end of 2014, this is a mission worth following.

To be sure, “progress” in a combat zone is always tentative. The Taliban, al-Qaeda, and other regional actors have interests that contradict or differ from NATO’s interests in Afghanistan. But when it comes to assisting the Afghans develop its security forces, there is visible progress. The Afghan National Army (ANA) grew 43 percent, from a force of 104,296 to one of 149,553, during the 2010 calendar year and is scheduled to grow to 171,600 by November. With this growth, however, new challenges such as illiteracy, attrition, and leadership deficits test effectiveness. As NTM-A’s commanding general, Lieutenant General Caldwell recently said, 2011 “is the year we want to ensure the Afghans are out in front."

The November 2010 Asia Foundation poll found that 92 percent of Afghans viewed the ANA favorably. This is consistent across four years of polling. And public support for the army is evident in the approximately 6,000 Afghans who voluntarily join every month. This is important to establishing healthy civil-military relations and developing a force that will protect and defend Afghanistan from insurgent groups.

In just two short years, the Afghan National Army has moved from using sub-standard Soviet-era equipment to high quality NATO weapons. The result is evident in weapons qualifications rates increasing from 35 to 95 percent. Soldiers once unable to count or read are now enrolled in mandatory literacy training. Soldiers can now account for the gear they are issued, know that they are receiving their full pay, and inspire their families to study. And soldiers that received sub-standard pay subjected to graft now receive a living wage through electronic banking. They now look like soldiers and behave like soldiers.

It is too early to offer a comprehensive assessment of Afghan Army performance, but there are preliminary indications some things are going well. First, Afghans are largely responsible for security in Kabul, which includes about 5 million people. While there are occasional insurgent attacks, they are rare. For an operational summary, ISAF offers a list of recent activities that include:

In Gelan district, Ghazni province, Afghan and coalition forces detained a Taliban facilitator along with one suspected insurgent during an operation.

In Nangarhar province, Afghan and coalition forces detained a Taliban leader during an operation in Surkh Rod district. The leader was responsible for planning and organizing attacks against in Jalalabad and surrounding areas.

In all cases, it was necessary for Afghan forces to work with ISAF. On March 21, President Karzai will announce when and where Afghan forces will assume the lead for security. Then, it will be more possible to assess how independent Afghan forces are.

To be sure, leading change in a time of war is difficult. Operational requirements often take precedence over strategic planning. The international community has much to be proud of in Afghanistan, but as the NATO Summit in Lisbon made clear, progress requires commitment to training and equipping the ANSF through 2014 and sustaining an enduring partnership beyond 2014. And the Afghan people agree. In the same Asia Foundation poll that found high levels of Afghan public support for the ANSF, Afghans recognized there is much work to be done and international assistance is essential to training the force.

Derek S. Reveron, an Atlantic Council contributing editor, is assigned to NTM-A; his latest book is Exporting Security: International Engagement, Security Cooperation, and the Changing Face of the U.S. Military. He is currently on leave from the Naval War College. Photo credit: Reuters.