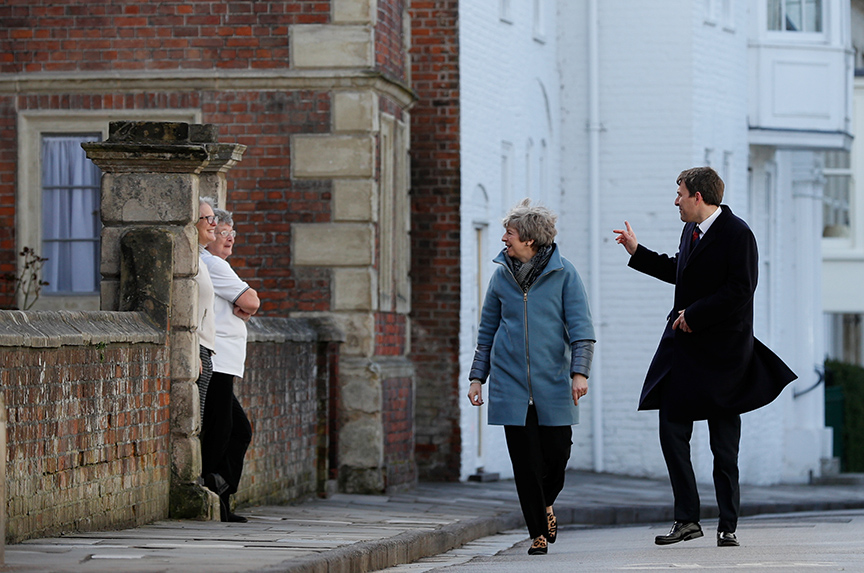 On March 4, 2018, a former Russian spy, Sergei Skripal, and his daughter, Yulia, were found critically ill on a park bench in Salisbury, England. It was later determined that they had been poisoned by Novichok, a deadly nerve agent. The attack was linked to the Russian state.

One year later, “Russia shows no sign of rethinking its confrontational policy toward the West,” said Alexander Vershbow, a distinguished fellow at the Atlantic Council’s Scowcroft Center for Strategy and  Security who served as the US ambassador to Russia from 2001 to 2005.

John E. Herbst, director of the Atlantic Council’s Eurasia Center, said: “The Skripal assassination attempt  was the consequence of years of Western timidity in the face of Kremlin provocations.” He elaborated: “From the war in Georgia in 2008, to the seizure of Crimea, to the undeclared war in Donbas, to the kidnapping of an Estonian intelligence officer from Estonia the day the 2014 NATO Summit ended, to the Litvinenko poisoning in the United Kingdom in 2006, and the unexplained deaths of numerous other prominent Russians there.”

The attempted assassination in Salisbury—the Skripals spent several weeks battling for their lives in hospital—led to the expulsion of Russian diplomats from Western states as well as US sanctions on Russia.

On March 15, 2018, US President Donald J. Trump, German Chancellor Angela Merkel, French President Emmanuel Macron, and British Prime Minister Theresa May took the unusual step of issuing a joint statement in which they said “there is no plausible alternative explanation” to Russian responsibility in the poisoning.

“It is an assault on UK sovereignty and any such use by a state party is a clear violation of the Chemical Weapons Convention and a breach of international law. It threatens the security of us all,” they added.

“The West’s immediate response—the expulsion of nearly 125 Russian intelligence officers from embassies in NATO countries—may have been more severe than [Russian President Vladimir] Putin expected, but it barely made a dent in the GRU’s and SVR’s capabilities for espionage, destabilization and influence operations,” said Vershbow, referring to Russia’s military and foreign intelligence agencies, respectively.

However, Herbst maintained: “The response of the United Kingdom and the West to the attempted murder of Skripal—the massive expulsion of Russian intelligence agents—was more damaging than the Kremlin anticipated.”

“Moscow lost its consulate in Seattle, a useful base for spying in the Pacific Northwest. But that setback has not prevented new Kremlin provocations—such as the November attack on and seizure of Ukrainian vessels seeking to transit the Straits of Kerch, which thus far has produced little response from the West,” said Herbst.

Skripal, a former GRU officer, served as a double agent for the United Kingdom’s intelligence services in the 1990s and early 2000s. In 2004, he was arrested in Russia, convicted of high treason, and thrown into prison. Skripal won his freedom in a spy swap and went to live in Salisbury.

British police linked the attack on the Skripals to another poisoning in June of 2018 in which two persons were exposed to Novichok in Amesbury, England, after handling a contaminated perfume dispenser. One of the two, Dawn Sturgess, died in hospital.

The investigative website Bellingcat identified the two men who allegedly poisoned the Skripals as Alexander Mishkin and Anatoliy Chepiga—serving members of the GRU. Chepiga was previously given a medal by Putin, while Mishkin is a military doctor working for the GRU, according to Bellingcat.

“The exposure of the GRU agents who conducted the attacks, using open sources of information, by Bellingcat suggests that Russia didn’t care about getting caught,” said Vershbow.

“If anything, advertising Russia’s ability to murder its enemies on NATO soil contributes to Putin’s defiant image at home and abroad.  It sends a warning to other enemies of the Russian state that they are vulnerable no matter where they live,” he said, adding, “This attitude is mirrored in Putin’s militaristic boasting in his State of the Nation speech about Russia’s new hypersonic weapons and Russia’s readiness for a new Cuban Missile Crisis if the United States goes ahead and withdraws from the INF Treaty.”

The United States in February suspended its participation in the INF Treaty citing Russian violations of the Cold War-era nuclear arms control pact.

“We can no longer be restricted by the treaty while Russia shamelessly violates it,” US Secretary of State Mike Pompeo said at the time.

To this day, the Kremlin denies any role in the attempt on the Skripals’ lives.

“Putin has paid no price at home as Russian propaganda has managed to convince 97 percent of the Russian people that Russia was not involved in the Skripal attacks,” Vershbow said.

“In the longer term, with pressures mounting in the United States to impose additional sanctions on Russia, Putin may think twice about conducting such a brazen, direct assassination plot on NATO territory,” said Vershbow.

“He may not be so restrained, however, when it comes to ‘dirty tricks’ in the coming weeks aimed at interfering in Ukraine’s elections and undermining the legitimacy of the electoral process,” Vershbow warned, adding, “The West will need to impose much higher costs on Russia if it hopes to deter Putin’s aggressive behavior in the future.”

Image: British Prime Minister Theresa May (center) visited the city of Salisbury, England, on March 4, one year after the nerve agent attack on former Russian spy Sergei Skripal and his daughter, Yulia. (Adrian Dennis/Pool via Reuters)