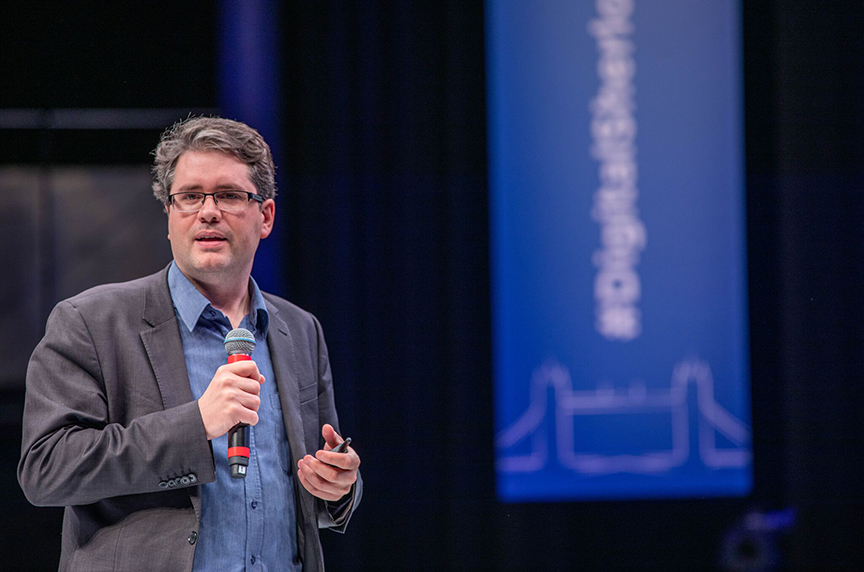 Bellingcat and the Global Legal Action Network are using open source information to investigate airstrikes carried out by the Saudi-led coalition on civilian targets and critical infrastructure in Yemen.

The goal of this project is to investigate “a hundred airstrikes as part of legal cases to prevent arms exports to Saudi Arabia,” said Eliot Higgins, the founder of Bellingcat, an open source investigation website. In remarks at the Atlantic Council’s 360 O/S disinformation conference in London on June 21, Higgins used videos—most relying on satellite imagery—to explain the work his team of researchers has been doing to verify the credibility of information obtained from conflict zones around the world.

In Yemen, both the Saudi-led coalition and the Houthi rebels have been accused of violating international law by targeting civilians. Thousands of civilians have been killed since war broke out in the country in 2015. The Saudi-led coalition, which is mainly supplied by the United States and the United Kingdom, has been accused of responsibility for the majority of those deaths.

The White House said stopping the sales “would send a message that the United States is abandoning its partners and allies at the very moment when threats to them are increasing.”

In April, Trump vetoed a bipartisan resolution that would have forced an end to US military involvement in Saudi Arabia’s war in Yemen.

In 2018, a war crimes report by the United Nations singled out Saudi and Emirati airstrikes for having caused the majority of civilian casualties in Yemen. “There is little evidence of any attempt by parties to the conflict to minimize civilian casualties,” said Kamel Jendoubi, chairperson of the Group of International and Regional Eminent Experts on Yemen.

Higgins showed the audience a video that explained the goal of the Yemen project. “In order to address the complicity in those violations [of international law] reliable evidence is needed,” the video said. The goal of the investigation is to increase trust in open source information and “make the evidence and investigations freely available to bolster accountability for violations of international law,” it added.

The project aims to create a new process for archiving evidence for investigations, Higgins said. It will include a searchable archive of verified open source material used in the investigation.

Higgins also explained how his team had analyzed, verified, and in some cases debunked information presented in videos—barrel bombs and Russian airstrikes in Syria and the execution of men in orange jumpsuits in Libya.

In the case of a Russian strike on a hospital in Sarmin, Syria, in 2015, for example, Higgins said: “Often when you are investigating events you only really have one version of the event coming from one side, but in this case we had a second version of events coming from Russia.”

The Russian defense ministry put out satellite imagery to show that the hospital that was claimed to have been destroyed in a Russian strike was actually intact.

“We looked at the Russian image and we noticed something was a bit off,” said Higgins. In fact, the Russians had “misrepresented the date of the imagery,” he added.

Bellingcat has been involved in some significant investigations, including the downing of Malaysia Airlines flight MH17 in Ukraine in 2014 and the poisoning of former Russian spy Sergei Skripal and his daughter, Yulia, in the United Kingdom in March 2018. In the MH17 case, Bellingcat linked Russian soldiers to the missile that was used to shoot down the commercial aircraft. In the Skripal case, Bellingcat identified the men involved in the case as Russian military intelligence officers.

Image: Eliot Higgins, the founder of Bellingcat, an open source investigation website, discussed the work his team of researchers has been doing to verify the credibility of information obtained from conflict zones around the world. He spoke at the Atlantic Council’s 360 O/S disinformation conference in London on June 21. (Sarah Halls/sarahhalls.net)