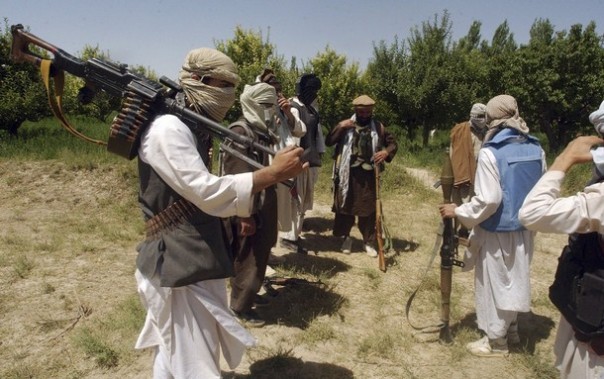 As U.S. forces routed the Taliban in Afghanistan in October 2001, a Pakistani two-star general with the Inter-Services-Intelligence agency toured the Federally Administered Tribal Areas to warn tribal leaders, "We are next."

One tribal leader in attendance, who was also a member of Parliament, recalled the ISI general explaining that "America has invaded Afghanistan to get a launching pad for the invasion of Pakistan. They want to seize our nuclear arsenal to facilitate an invasion from India."

Paranoia about India ever since Pakistanis lost half their country — East Pakistan — to an Indian invasion in 1971, explains a proliferation of terrorist groups, most of them under the control of ISI, that were created to conduct "asymmetric" attacks on Indian troops in Kashmir.

Bigger targets were also in the terrorist repertory. The attack against the Indian Parliament Dec. 13, 2001, was signed Lashkar-e-Toiba and Jaish-e-Mohammed. The 2008 attack on the Taj Mahal Palace in Mumbai that killed 101 was also the work of LeT, under the direction of a super-secret cell of ISI, known as Section "S."

Putting the terrorist genie back in the bottle proved mission impossible. Legal terrorist groups nurtured by ISI were disbanded only to move their shingles to another part of town under a different name.

Dr. A.Q. Khan is Pakistan’s no. 1 national hero, none other than a nuclear engineer who stole secrets in The Netherlands to facilitate "The Bomb," a step or two behind India’s nascent nuclear arsenal. He also sold nuclear weapons wherewithal to America’s enemies — North Korea, Iran and Libya.

Following the U.S. invasion of Iraq in 2003, Libyan leader Moammar Gadhafi reckoned he would be next on Bush 43’s hit parade. So he quickly surrendered all his nuclear paraphernalia, still in unopened crates, to Britain’s MI6 and the CIA, an impulsive move he must rue today.

In Pakistan, President Pervez Musharraf (now planning a comeback from his exile in Dubai and London) made Dr. "Strangelove" Khan confess publicly and confined him to house arrest. Now a free man, Khan joined forces with another arch villain, who hates America with a passion: Gen. Hamid Gul, a former ISI chief.

Two weeks after 9/11, Gul was already spreading the canard of "incontrovertible proof" that the CIA and Israel’s Mossad had staged the 9/11 terrorist attacks "to turn the world against Islam by concocting a vast conspiracy" to push back the frontiers of Islam. Countless millions still believe it. And Gul once told friends sotto voce, "A.Q. (Khan) is our natural leader."

Now still more millions believe their hero Osama bin Laden is free somewhere and that Washington is lying about what happened in Abbottabad. Just as many millions out of 187 million people believe President Asif Ali Zardari betrayed bin Laden to the CIA.

The few who accept what the United States announced say he was "assassinated in cold blood" by the CIA.

The self-inflicted Washington kerfuffle fueled by contradictory information, dribbled out by the key players on what really happened in bin Laden’s $1 million abode, topped by U.S. President Barack Obama’s refusal to release pictures of the world’s most wanted terrorist, played right into the hands of conspiracy buffs in Pakistan’s free-wheeling, harum-scarum media circus.

Pakistan’s army Chief Gen. Ashfaq Parvez Kayani warned Obama one more violation of his country’s sovereignty "and our relationship with the United States will be history." Already a misnomer is Pakistan’s title as "major non-NATO ally," a distinction awarded by U.S. President George W. Bush. China is waiting in the wings to step in to the breach.

Forty-four percent of Pakistanis can’t read a newspaper or write a simple letter in any language. It jumps to 90 percent of rural females in Baluchistan. Some 50 TV channels find it hard to distinguish between yellow journalism and straight news. And they are almost all anti-American.

Madrassas, or single-discipline Koranic schools, teach boys 6 through 16 to recite the entire Koran by heart — in Arabic. Ten years after 9/11 there are still some 12,000 madrassas that also teach youngsters that Pakistan’s real enemies are America, India and Israel. And in the past 10 years they have graduated almost 2 million young men unfit for decent jobs, easy to recruit for extremist causes and an endless supply of potential suicide bombers.

The government can’t afford to fund a proper network of state schools as over half the budget goes to the military.

Every city and major town in Pakistan has been hit by homegrown terrorists — most of them more than once.

Since 9/11, the United States has spent about $1 trillion on 17 intelligence agencies and the Defense Intelligence Agency. They have finally got their Most Wanted Terrorist. But this may generate more rather than less terrorism by al-Qaida and its "Associated Movements," from Belgium to Bangladesh and from Spain to Somalia. Revenge is a great motivator.

Congress is prone to punish Pakistan for harboring bin Laden. This would be a grave geopolitical blunder. There is no solution in Afghanistan without Pakistan. And Pakistan says there is no solution without Taliban, which it can deliver by virtue of having originally created Taliban.

Like bin Laden, Taliban leader Mullah Omar and his "Quetta Shura" organization are tucked away under the surveillance and protection of ISI’s Section S, most probably near Quetta in Baluchistan.

With Taliban about to launch its spring-summer-fall offensive in widely scattered parts of Afghanistan, it would behoove the Obama administration to cut to the quick and begin negotiations for the inevitable exit. Obama originally backed the Afghan campaign, now in its 10th year, because "that’s where al-Qaida is."

A Taliban spokesman denied any relationship with al-Qaida. Mullah Omar was already highly critical of bin Laden 10 years ago. With 65 percent of Americans against the war, the danger now is what experts call "a mini Tet."

It was the 1968 Tet offensive in Vietnam — simultaneous Communist attacks on 27 cities and towns — that hastened the final 1973 agreement to end the war.

In Afghanistan, simultaneous Taliban attacks on five or six widely scattered towns would see a NATO rush for the exit signs. Better to talk from a position of strength — with Pakistan preaching/ordering compromise to its Taliban proteges.