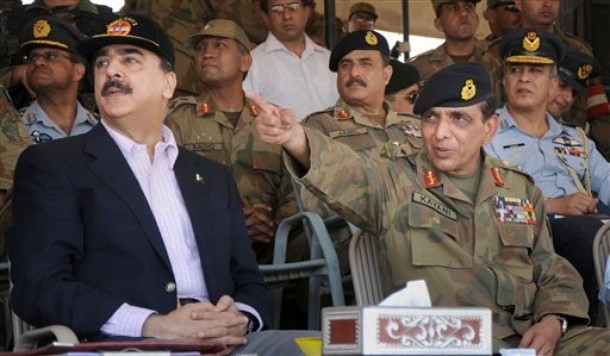 The United States’ raid deep into the heart of Pakistan on May 2 (local time) to terminate Osama bin Laden without the knowledge of Pakistani authorities and military was a shock to the bilateral relationship on the one hand and to the status quo inside Pakistan on the other. Things cannot be the same in Pakistan. If Pakistan fails to learn from this incident, it will not be prepared for the next external shock, and will be in a reactive mode yet again. Pakistan needs to craft a new paradigm, for its own sake.

In the past year, I have participated in a number of simulations and scenario-building exercises that examined U.S. reactions to another terrorist attack emanating from Pakistan. We also looked into the crystal ball to see what the future shape of Pakistan would be 10 or 20 years from now. One thing on which we agreed was that Pakistan today does not appear to have a clear or overarching vision of its future nor any political will to implement changes in its polity that might prepare it for an uncertain future in which it remains a “price taker.” In other words, it remains subject to the currents generated by global and regional change rather than being a change agent itself.

Bin Laden’s killing magnified the fissures inside Pakistan’s dysfunctional polity. The civilian government was caught up in attempts to cobble together a fresh coalition, even if it involved a marriage of convenience with the rump of the autocratic regime that it succeeded. Regime survival was its main focus of attention. Either it failed to comprehend the weight of the invasion of its territory by its U.S. ally, or it did not care. The president and prime minister wasted no time in praising the death of the Al Qaeda leader. Prime Minister Yousaf Raza Gilani pronounced it a “great victory” and boarded a plane for Paris.

This left the Army yet again to evaluate the import of the attack and to come up with a reply, a response that ought to have come from the government. Four days later, the Army’s message emerged from the Corps Commanders’ meeting: Don’t do it again, it told the Americans, yet again. In a statement that mirrored the March 17 press release following the drone attack on Dattakhel in North Waziristan that reportedly killed some 41 persons, it warned the Americans one more time to cease and desist. According to the military press release, Chief of Army Staff Gen. Ashfaq Parvez Kayani “made it very clear that any similar action, violating the sovereignty of Pakistan, will warrant a review on the level of military/intelligence cooperation with the United States.” And he reduced the number of U.S. military personnel in Pakistan. Foreign Secretary Salman Bashir warned of “disastrous consequences” if another similar intrusion were to occur.

Meanwhile, Washington was reverberating with accusations of Pakistani complicity with Al Qaeda in hiding bin Laden, and warnings of aid cut-off even while thanking Pakistan for its initial tip that led to the killing. Pakistan said nothing about the aid flows, including the cash payment under the Coalition Support Fund (CSF) that pays for the military’s operations in its northwest and is the biggest element in the transactional relationship between both countries. The deal made by then president Pervez Musharraf to rent out Pakistan’s military to the United States essentially stays intact. What if CSF inflows dried up? There does not appear to be a Plan B, or if it exists, it has not been shared with Parliament or the people of Pakistan. Pakistan’s war against its internal terrorists is at risk.

Questions rightly arose inside Pakistan about the failure of its intelligence agencies to locate and capture bin Laden themselves, and the inability of the Army and Air Force to detect the intruders that came in on May 2 at 1 A.M. to Abbottabad, did their business and left unhindered. The intelligence failure can be explained by the lack of coordination between the military and the some 19 civilian police agencies that fall over each other inside the country to systematically search for the Al Qaeda leadership. Also, the capture of Al Qaeda leaders may not have been top priority for the Inter-Services Intelligence agency. The failure to intercept the raiders is rooted in the vast technological gap that exists between the United States and Pakistan and the apparent lack of any war-gaming of scenarios that included such an attack from the West.

The Army chief is reported to have ordered an inquiry and promised the president and prime minister that the government will be presented its findings. No word on what timetable has been set for it to be completed, and whether the public will be privy to its results. Except for one case in 1992 when the Army acted rapidly on charges of the killing of innocent civilians by a military team in Sindh, the government and the Army have never shared inquiry reports on issues that affect Pakistan. Not in the death of the first prime minister, the debacle of East Pakistan in 1971, the Kargil war, the proliferation of nuclear weapons, the murder of former prime minister Benazir Bhutto, or the October 2010 Internet video of extrajudicial killings in Swat by the military. All promises made to get to the heart of these matters remain just that. The state of Pakistan and its inhabitants will not collapse if faced with the truth. Neither will its institutions, including the Army. Indeed, they may be strengthened by the sunshine that they fear so deeply. Isn’t it time to change the paradigm of secrecy?

Pakistan deserves a better response this time. The government needs to take responsibility for national defense policy and foreign policy instead of being consumed by the desire to survive as long as it can, by hook or by crook and ceding national policymaking to the military. It should bring Parliament into the picture and exercise its right to govern all aspects of Pakistani policy: whether civil or military. If it cannot, it does not deserve to stay in power. Similarly, the military must facilitate an arms-length inquiry by publicly identified and highly respected members of both military and civil backgrounds, serving and retired, set a timetable for its report, and take responsibility for its results. Its leadership must do the right thing if the results point to failure on its part. No scapegoats please, nor any pussyfooting. For the sake of Pakistan and the Army’s own reputation, do it quickly and do it right this time.

As for the U.S.-Pakistan relationship, rather than pretend that everything is fine, as the foreign secretary’s rosy pronouncements during his recent Washington foray indicated, a serious reevaluation and reiteration of the broad aims that are shared by both is needed, before the next Strategic Dialogue. Without agreement on the higher-level objectives of both countries, all talk on sectoral and sub-sectoral cooperation will come to naught. It is time to end the shadow play and stop pretending all is well. Delay will exacerbate the deep divide that exists today between these “allies.”

The ball is squarely in Pakistan’s court. It must act boldly and openly, or risk being kept on the back foot and suffering the consequences. Its people deserve to be made part of the solution. Recent events show that governance is too important to be left in the hands of government alone. Is anyone listening in Islamabad and Rawalpindi?

Shuja Nawaz is director of the South Asia Center at the Atlantic Council. This essay originally appeared in Newsweek Pakistan.