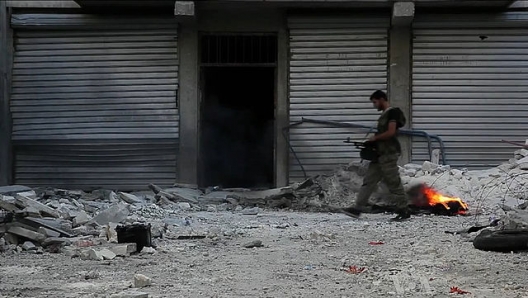 From Obama’s “red line” to confirmation of the use of chemical weapons, events in Syria are developing quickly. Atlantic Council experts are appearing in the media daily and posting analysis as events unfold.

In an interview Wednesday, Atlantic Council Vice President and Director of the Scowcroft Center on International Security Barry Pavel said the most likely military response to Syria’s Assad regime using chemical weapons would be a US-assembled coalition including: the United Kingdom, France, Australia, Turkey, some of the Persian Gulf countries, and possibly others. Pavel called it “an assemblage of like-minded nations coming together to focus an operation of limited duration dealing with chemical weapons and trying to deter their further use.”

Atlantic Council Hariri Center Visiting Fellow Faysal Itani disagrees, saying US allies like Jordan or Turkey will not throw their full weight behind any US-led attack that doesn’t focus on regime change. Itani asserts they are more likely to hedge their bets.

It is also imperative to address the roles, if any, the UN and NATO could play. While it is important to try to pass a resolution via the UN Security Council, China or Russia will likely block any action. Pavel summed up the potential resolutions expected in the coming days.

A military operation in such a volatile region requires even more planning on the part of strategists. Already the war in Syria has had spillover effect on neighboring Lebanon. Officials are having to weigh potential threats to Israel in particular. Pavel and Itani commented on the potential reactions in the region to a US-led military operation.

The ultimate goals of a military operation in Syria are still being discussed. Jay Carney said Tuesday in his press briefing that the discussions are not about whether chemical weapons were used in Syria or if the Syrian government was responsible: “So what the President is engaged in is a process of deciding, as he consults with international allies and as his administration consults with Congress, about what the appropriate response to this flagrant violation of international norms should be. And there must be a response.”

Pavel and Itani weighed in with their thoughts on the objectives of an operation and the likely success. Both agree that it’s more likely that the US government will seek only to limit further use of chemical weapons. Carney specifically said Tuesday that regime change is not part of the discussion at this point.

The war in Syria has been raging for over a year, and with talk of an international military operation, the odds of any political resolution seems unlikely. Itani stated that neither side has lost enough ground to make them feel like they have to negotiate. He said both sides feel they can still turn the situation around militarily. The roles of Russia and Iran in a political resolution make for an interesting comparison.