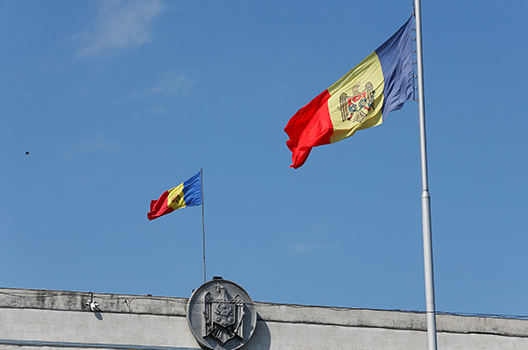 Almost four months after parliamentary elections it is still unclear who will govern Moldova, a small Eastern European country and former Soviet republic. Disputes over a coalition government mean that there are now competing claims of legitimacy that have caused political gridlock.

The Constitutional Court temporarily stripped President Igo Dodon of his presidential office on June 9 in order to give Prime Minister Pavel Filip the power to call new elections.

Supporters of the coalition government recognize Maia Sandu from the ACUM bloc as the new prime minister, while the Democratic Party—led by oil and media businessman Vladimir Plahotniuc—argue that Filip is still ruling on an interim basis until new elections are held.

Dodon—the former leader of the Socialist Party—is supporting Sandu’s new coalition government, reflecting the curious alliance of pro-EU and pro-Russia parties in a country that has often been politically divided between pro-Russia and pro-Europe stances.

Both Dodon and Sandu called the Court’s action illegitimate and argued that it is improperly influenced by Plahotniuc.

“Those who over the last years have controlled the state institutions do not want to give up power in the Republic of Moldova,” Dodon argued.

Although conceding that he is not qualified to determine the merits of the specific technicalities of the Constitutional Court’s ruling, Michael Carpenter, a nonresident fellow with the Atlantic Council’s Eurasia Center explained that “Moldova’s politicized courts have unfortunately used technicalities in the past to overturn democratic decisions, most recently by invalidating the election for the mayor of Chisinau.”

A US Department of State spokesperson called on “all Moldovan parties to show restraint and to agree on a path forward through political dialogue.” The parliamentary elections in February “were competitive and respected fundamental rights,” the statement continued, maintaining that “the will of the Moldovan people as expressed in those elections must be respected without interference.”

The European Union’s High Representative for Foreign Affairs and Security Policy Federica Mogherini and EU Commissioner for European Neighborhood Policy and Enlargement Johannes Hahn issued a joint statement on June 9 saying that “the European Union stands ready to work with the democratically legitimate government.” They urged “calm and restraint” as “dialogue between democratically elected representatives must remain the key to finding a solution to the current political crisis.”

According to Carpenter, “the United States and the EU should immediately send senior envoys to make clear that all actors in Moldova are expected to adhere to the rule of law.”

Carpenter cautioned that “the international community cannot serve as a surrogate for Moldova’s own Constitutional Court, but it can and should press all parties in Moldova to follow the Constitutional order.”

With dueling claims to power, it remains unclear how Moldova’s political players will be able to break the deadlock, or if voters will have to return to the polls once again in 2019.