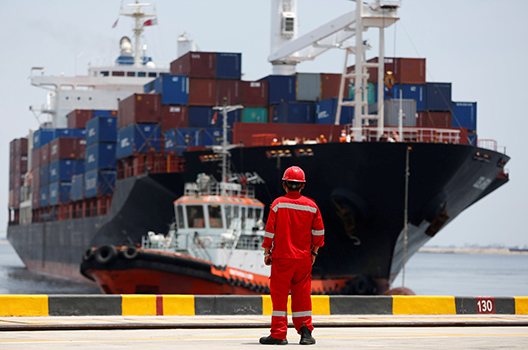 US Secretary of State Mike Pompeo laid out a new vision for American economic engagement in the Indo-Pacific on July 30, announcing the rollout of a new US regional infrastructure initiative, which, while not explicitly targeting China’s growing economic power in the region, will attempt to provide Indo-Pacific countries with an American financial alternative to Beijing.

In his opening remarks, made at the US Chamber of Commerce’s Indo-Pacific Business Forum, Pompeo announced new Department of State infrastructure and connectivity projects worth $113 million in the Indo-Pacific region. These programs, intended to promote development in the digital economy, energy, and traditional infrastructure sectors, “seek to capitalize on economic opportunity with the spirit of freedom and openness,” with partners who share “democratic values.”

The new programs in the Indo-Pacific will promote digital connectivity and cyber security, develop domestic energy infrastructure, and establish an interagency organization tasked with strengthening and sharing US tools for project scouting, finance, and technical assistance.

Secretary Pompeo also publicly announced the administration’s support for the BUILD Act, legislation that will more than double US development finance capacity to $60 billion. Taken in tandem with American investment in regional connectivity, Pompeo’s statements signal a substantial ramp up in US capacity for bilateral economic and developmental partnership in the region. This approach will also provide a much-needed forum for American engagement with Indo-Pacific countries, following the Trump administration’s decision to withdraw from the Trans-Pacific Partnership last year.

These initiatives offer Indo-Pacific countries a clear alternative to the Chinese government’s Belt and Road Initiative (BRI), a multi-billion-dollar connectivity project intended to connect the Eurasian landmass. The BRI currently supports investments spanning from the Indo-Pacific to Eastern Europe, involving partnerships with sixty-eight countries in a connectivity project of a truly global scale.

Critics have raised concerns that Beijing’s substantial lending to partners with high financial risk may enable China to use accumulating debts to exercise a strategic hold over these countries in the BRI. A lack of overall transparency regarding lending conditions exacerbate these concerns and there are serious questions about which stakeholders predominantly benefit from Chinese-sponsored projects. Pakistan may soon be forced to seek International Monetary Fund (IMF) support due to the substantial debt it assumed to finance a collection of infrastructure projects under the China-Pakistan Economic Corridor (CPEC) umbrella, while China assumed control of the Hambantota port in Sri Lanka following the Sri Lankan government’s failure to maintain debt payments.

The United States’ entry into the region offers a clear alternative for countries wary of the BRI and China’s heavy-handed approach. The announced American infrastructure initiatives offer greater transparency and responsible financing for projects dictated by the free market, rather than China’s statist approach. Pompeo’s remarks offer an American vision for the Indo-Pacific committed to connectivity that advances national sovereignty, regional integration, and a rules-based order. He also offered reassurances that Washington will also seek to prevent coercion and great power domination in the region, a clear reference to concerns over growing Chinese influence in the region.

Bharath Gopalaswamy is the Director of the Atlantic Council’s South Asia Center.