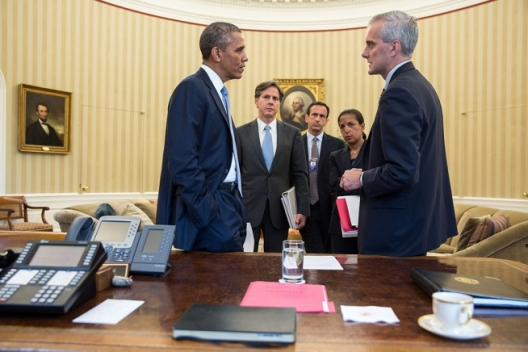 President Barack Obama’s Tuesday evening speech explaining his plans for a military strike against Syrian President Bashar al-Assad’s regime, though deftly delivered, will not put to rest the doubts that a large majority of Americans have about what the president aims to achieve with what he insisted would be a limited, targeted operation.

Mr. Obama depicted with graphic, moving words the agonizing ways in which the Syrians who were gassed died. His intent in doing so was to mobilize the nation behind his plan by appealing to our ideals and to our humanity.

But the president cannot escape the contradictions inherent in his case.

Motivated by the chemical attacks of August 21,  President Obama now contemplates a momentous step — one that could have many unintended and undesirable consequences, both in and around Syria. But Assad has so far killed over 100,000 people with other weapons that are no less indiscriminate and have, in consequence, led to horrific suffering and death among civilians.

Killing people with chemical weapons, the president asserted in his speech, falls into a different category altogether — perhaps so. But he did not explain why, even though this distinction is the basis for the attack for which he seeks political support.

Not only has Mr. Obama not intervened militarily in Syria despite the massive death toll, but two years into the war he has yet to deliver meaningful quantities of arms to the Syrian rebels.

There are two main reasons for the president’s caution.

The first is that war-weary Americans don’t want to run the risk of entrapment in another protracted conflict a la Iraq and Afghanistan. In his speech Obama stressed that what he planned to do in Syria would not place the United States on a slippery slope.

But a limited military attack would still leave Assad with the capacity to kill large numbers of people using means other than chemical weapons.

The second reason for the president’s cautious policy toward Syria over the past two years is that among Assad’s strongest opponents are hardline Islamists, some with ties to al-Qaeda connections.

But a limited strike, one that Mr. Obama has said is not intended to change the military balance within Syria, won’t boost the fortunes of the moderates the administration favors.

In other words, the sort of strike he has in mind won’t end Syria’s carnage or the dynamics of the war. So what about those ideals and the compassion that the president appealed to Tuesday evening?

The truth is that the measures required to end the slaughter in Syria include, at minimum, establishing a no-fly zone, mounting sustained attacks on Assad’s security infrastructure and creating secure enclaves for supplying and training the elements of the opposition the administration favors. These are not moves that the American public will support; nor are they ones that the president is disposed to resort to in any event.

The upshot is that even after the “targeted” strike Mr. Obama has in mind, the Assad regime will retain the advantage, the killing will continue and the least desirable elements of the anti-Syrian opposition will remain the alternative to Assad.

Mr. Obama said in his speech that his aim was to “degrade” Assad’s capacity to use chemical weapons again. But what if the Syrian government — now that it has time to relocate and conceal chemical stocks — succeeded in retaining some of that capacity even after absorbing a blow from the United States?

Would there be another American strike were Assad to use chemicals again? The president was silent on these issues, and understandably so. He wants to convince Americans that what Assad did on Aug. 21 is so serious that it warrants a military response by the United States, but not serious enough that it’s worth running the risk of getting drawn into Syria’s conflict by launching additional attacks.

So President Obama, his sliver tongue notwithstanding, left a number of questions unanswered and contradictions unresolved. It’s unlikely, therefore, that either the public or members of Congress opposed to military action will be swayed by his speech.

For now, Russian President Vladimir Putin has seized the advantage with a plan, albeit sketchy, for collecting and destroying Syria’s chemical weapons. The wily Assad, having steadfastly insisted that he has no such armaments, seems to have signed on and even appears ready to ink the Chemical Weapons Convention. The Congressional vote will be delayed till Russia’s proposal is fleshed out, finalized and tested. In the meantime, Obama owes Putin a beer, or better yet a shot of vodka, for saving him from what might well have been a humiliation at the hands of Congress.

But if the Security Council fails to agree on a plan that will ensure that Assad’s chemical weapons are gathered up, carted off and destroyed, what’s happened as a result of the last-minute Russian proposal will amount to hitting the pause button; the military option will come alive again. And so will the administration’s campaign to sell the idea to a skeptical citizenry and Congress.

One thing can be said for sure: President Obama has emerged this drama politically diminished.

Rajan Menon is the Anne and Bernard Spitzer Professor of Political Science at the City College of New York/City University of New York, nonresident senior fellow at the Atlantic Council and the author, most recently, of The End of Alliances.