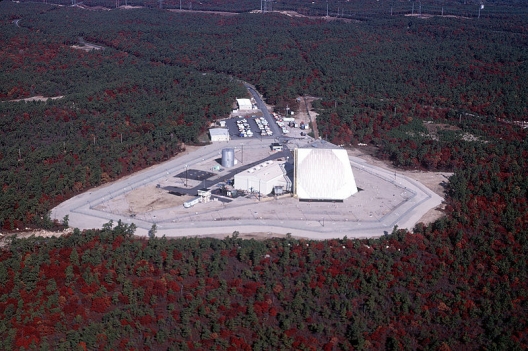 In the wake of the government shutdown’s interruption of fiscal 2014 budget deliberations, Congress still faces tough decisions about national defense priorities. One controversial issue that will resurface shortly is the need to protect the East Coast from the threat of Iran’s growing ballistic-missile capability. When it does so, Washington should avoid repeating what has been an unnecessarily bipolar debate over this issue.

The current dichotomy — whether to build an East Coast ground-based interceptor base — ignores other, more immediate actions that can be taken to increase U.S. defenses against intercontinental ballistic missiles. In fact, there are two existing and timely options that would help reinforce East Coast defense capabilities.

First, American radars can be upgraded. Our national missile-defense structure incorporates a network of radars deployed at home and abroad. Some of these early-warning radars are located in Thule, Greenland; Fylingdales, England; and the Cape Cod Air Force Station in Massachusetts. While these radars have been recently upgraded and improved, they are still primarily designed to provide early warning on incoming warheads. More can and should be done to increase this network’s capacity to track and discriminate between warheads, chaff and decoys.

A logical next step to enhance our nation’s ballistic-missile defense system is to deploy a high-frequency mobile X-band radar. The X-band radar’s shorter wavelengths allow it to achieve a higher resolution, which supports improved identification and discrimination of potential threats.

Lt. Gen. Trey Obering, former director of the Missile Defense Agency, and Sen. Kelly Ayotte, New Hampshire Republican, have advocated stationing one of these radars on the East Coast. If our allies were supportive, the deployment of a X-band radar to Northern Canada, Iceland or Greenland would also provide improved coverage against an Iranian threat. Each of these options would increase the ability of the ground-based interceptors located in Alaska and California to intercept warheads targeted against the East Coast. One version of the X-Band radar has already been deployed in Turkey, Japan and Israel.

Second, other available interceptors can be deployed. In addition to stationing the ground-based interceptors on the East Coast, consideration should be given to deploying in that region the Standard Missile-3 IB and IIA interceptors and a modified version of the Terminal High Altitude Area Defense system.

The Standard Missile-3 line of interceptors is one of the U.S. military’s workhorses in the missile age. Though they are deployed primarily on naval vessels, the IB and IIA versions will be placed in the coming years ashore in Romania and Poland. The Pentagon should assess the proposals from the former deputy chief of naval operations, Vice Adm. J.D. Williams, and Sen. Thad Cochran, Mississippi Republican, to deploy these heavily tested interceptors ashore or off the East Coast.

Deploying a modified version of the Terminal High Altitude Area Defense system is another approach to consider for East Coast defense. This system, which can be airlifted, was deployed to Guam earlier this year when North Korea threatened to launch a missile capable of reaching the United States. While it is most effective against intermediate-range ballistic missiles and very short-range intercontinental ballistic missiles, and the area it protects is smaller than the ground-based interceptors, a modified system could supplement U.S. continental defense efforts against longer-range threats.

A mix of radar and interceptor upgrades and deployments merits consideration for East Coast missile defense. Together, they would be more effective against the proliferation of an overlapping set of threats by expanding the depth of coverage and operational flexibility of our missile-defense architecture. The mobility of the X-Band, the Standard Missile-3 and the Terminal High Altitude Area Defense system would add to the U.S. capacity to undertake expeditionary missile-defense operations in support of allies and partners.

In short, the most urgent priority of East Coast missile defense is to improve the range and discrimination of our radar coverage. The quickest means to do so is the deployment of an X-band radar in eastern North America. Second, while the ground-based interceptors have the confidence of our military leaders, it is only prudent to examine how our other missile interceptors and their potential modifications can serve our national and international missile-defense requirements.

Ian Brzezinski is former deputy assistant secretary of defense for Europe and NATO policy from 2001 to 2005 and a resident senior fellow with the Atlantic Council’s Brent Scowcroft Center on International. Security.