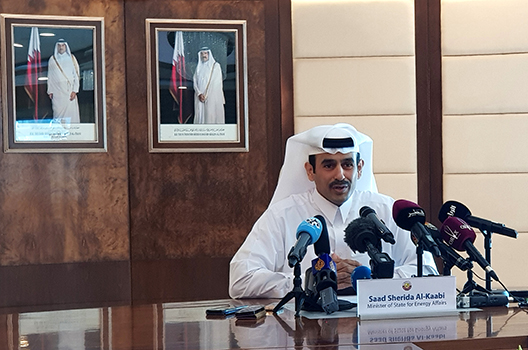 Qatar’s withdrawal from the Organization of the Petroleum Exporting Countries (OPEC) will “signal a weakening of OPEC at a time when it is in some ways less powerful than it used to be, but also more crucial in balancing the market because US production is so strong,” Randolph Bell, director of the Atlantic Council’s Global Energy Center said.

Announcing Qatar’s decision to leave the oil producers’ group on December 3, the country’s energy minister said the withdrawal was motivated by a “desire to focus… on plans to develop and increase its natural gas production.”

Qatar has been a member of OPEC—a collection of fifteen oil-producing states which meet to coordinate production levels to ensure stable oil markets and high revenues—since 1961. Saudi Arabia and the United Arab Emirates (UAE) are also members of the organization and have significant sway given their high volume of oil exports. Saudi Arabia and the UAE have led a regionwide blockade against Qatar since 2017, which they have shown no sign of ending.

Qatar’s decision comes in advance of a December 6-7 OPEC meeting in Vienna, Austria, in which it is widely suspected the group will decide to cut oil production in order to combat falling oil prices.

Randolph Bell discussed Qatar’s OPEC withdrawal and the potential impact of the decision with the New Atlanticist’s David A. Wemer.

Q: Why is Qatar leaving OPEC? What does it have to gain from leaving?

Bell: There is a lot of speculation around the motivation for this move. The [Qatari] public statement is that they want to focus more on their gas production. They are the world’s largest liquified natural gas (LNG) exporter and aim to increase LNG production from 77 million tons per year to 110 million tons per year. They have said they wanted to do that previously, so this is not new.

They are really not a significant oil producer—producing only around 600,000 barrels a day. So from a market perspective this really doesn’t mean anything. Whether OPEC cuts [production] on [December 7] or not, this doesn’t really matter.

However, this is not happening in a political vacuum and there is speculation that this is a result of the Saudi-Emirati blockade of Qatar. This is a response to the destabilized politics of the [Gulf Cooperation Council]. But that is all speculation.

The other piece of speculation is that US President Donald J. Trump is well known to not like OPEC and seemingly wants to undermine the organization or eliminate it. You can also imagine a world in which the United States offered some incentives to Qatar to destabilize OPEC. But nobody knowswhat specifically motivated Qatar beyond their public statement.

Q: What impact will this decision on OPEC?

Bell: We will find out more later this week at the meeting to see if what looks to be a production cut materializes or what kind of resistance there is from the other players inside OPEC besides Saudi Arabia, and the UAE, who are working in tandem with Russia.

It does signal a weakening of OPEC at a time when it is in some ways less powerful than it used to be but also more crucial in balancing the market because US production is so strong.

Q: How will Washington respond to this move?

I could see it going both ways. I could see him applauding Qatar’s move and saying that OPEC shouldn’t be manipulating prices and that Qatar is taking the lead in tearing down an organization that he claims has hurt American consumers for decades.

At the same time, he clearly places importance on ties with the Saudis and, while he disagrees with the Saudis over OPEC, he has at least tacitly supported the Saudi blockade of Qatar. You could, therefore, imagine him also ignoring this or letting this go because he is happy to go after OPEC on production cuts, but also doesn’t want to support Qatar.

Q: Will Qatar’s move have any impact on gas markets?

Bell: Qatar’s desire to increase their gas production predates this withdrawal decision. So it really doesn’t change anything beyond signaling that they are really serious about this, but we also thought they were to begin with. So I don’t really see anything on the gas market.

Q: The United States has been pressuring other countries to limit their import of Iranian oil as Washington rolls back the Iran nuclear deal. Will Qatar’s decision have any impact on this effort?

Bell: Qatar is too small to really have any impact on oil markets, they only produce 600,00 barrels a day. And now that they will be out of OPEC, they won’t even have any outside pressure to cut production. So in a way, it actually supports the administration’s goals of keeping more oil on the market.

Oil and Gas The Gulf