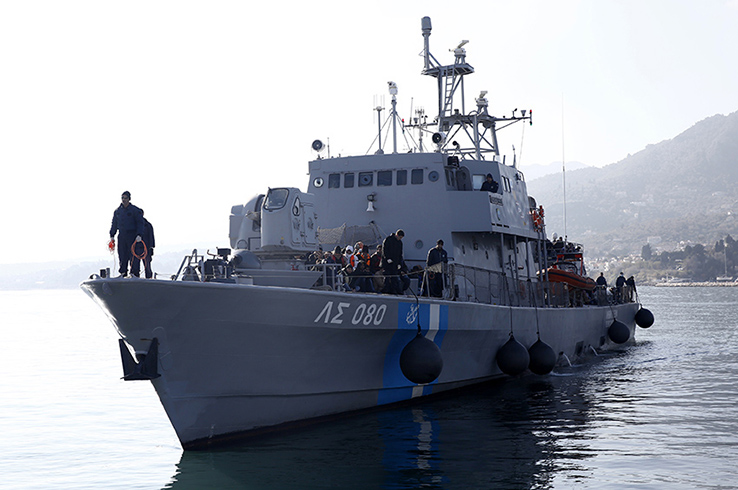 NATO Secretary General Jens Stoltenberg’s February 11 announcement that NATO has agreed to a proposal from Germany, Greece, and Turkey to assist with the refugee and migrant crisis in the eastern Mediterranean and Aegean Seas is an important response to a refugee crisis that has enormous implications for Europe. NATO’s naval response, however, opens up several questions to consider.

“The goal is to participate in the international efforts,” said Stoltenberg. In other words, the NATO naval response will be cooperating with national coast guards and the European Union border agency Frontex. This is important and highlights the challenges of the comprehensive approach discussed in NATO’s 2011 Alliance Maritime Strategy. Coordinating between multiple national entities and two international organizations is inherently complex.

The Secretary General also focused on “critical information and surveillance” as the SNMG’s role. This is also good: navies and warships are not necessarily the best tool for the job for border control and other constabulary tasks when coast guard or maritime law enforcement capabilities are available. They are certainly capable of conducting visits and boardings and search-and-rescue, but these frigates are designed for anti-air warfare, anti-surface warfare, and anti-submarine warfare. Developing a maritime operational picture and conducting command-and-control tasks focuses on specific areas where the NATO warships can provide distinct operational advantage to the combined effort.

The ability to respond quickly highlights the flexibility and agility of forward-postured naval forces. The other side of that coin, however, is the opportunity cost of tying down half of NATO Maritime Command’s Immediate Reaction Forces. A related issue for contributing nations is competing requirements—last year, the EU established EUNAVFOR MED and Operation Sophia focused on migrant flow from Libya. Nations’ naval capacity will easily be stretched with demand signal for naval forces from both NATO and the EU.

As detailed planning and tasking progresses—the NATO Military Committee has been directed to provide its advice on the issue to the North Atlantic Council—NATO should remain aware of mission creep and limit the mission accordingly.

At the same time, the more pressing concerns of the defense ministerial meetings have been focused on maintaining high-end capabilities for deterrence and collective defense. If NATO reviews and updates the Alliance Maritime Strategy, it must detail the balance between warfighting capabilities and readiness and maritime security operations such as these.

Captain Steven Horrell is an active duty US Navy officer and is the current US Navy Senior Fellow at the Atlantic Council. The opinions expressed are the author’s own, and do not necessarily reflect the views of the Department of Defense or the Department of the Navy.