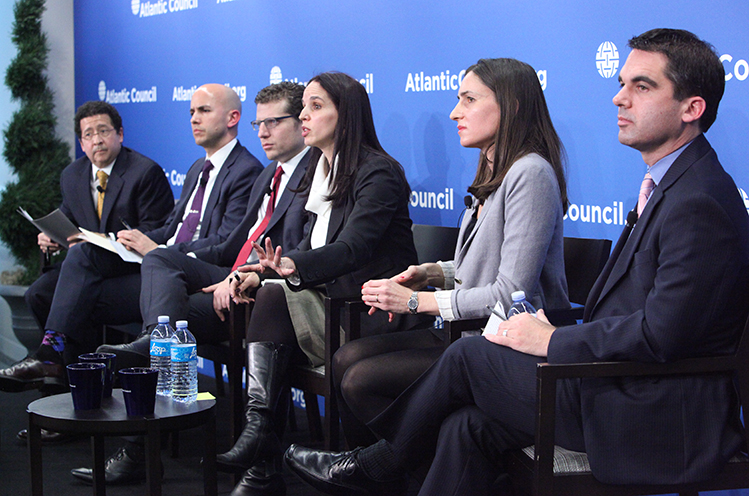 US official prescribes economic integration, as well, to address political and economic instability in Latin America

Venezuela will have to allow “real political dialogue” if it is to extract itself from the economic crisis in which it is mired as a result of historically low oil prices and political instability, according to a senior US official.

Oil-dependent countries, like Venezuela, are being forced to consider drastic measures to prevent their economies from going into freefall. Venezuelan President Nicolás Maduro has, for example, raised gas prices by six thousand percent and sharply devalued the bolivar.

“The only way out of the Venezuela crisis is for real political dialogue to take place,” said Juan Gonzalez, Deputy Assistant Secretary for Western Hemisphere Affairs at the US Department of State.

“We have to engage in regional discussions and understand that Venezuela has to make some very tough difficult economic and political decisions,” he added.

Maduro’s ruling socialists suffered a setback in parliamentary elections in December of 2015 when the opposition won an absolute majority in Congress. The opposition now has the numbers to initiate a recall referendum against Maduro.

Besides Venezuela, key economic actors in countries such as Brazil and Mexico will also have to lend themselves to honest political dialogue and increased regional economic integration, said Gonzalez.

Gonzalez worked with State Department and the White House to build out the US-CARICOM Task Force strategy, which promises to actively engage Latin American leaders in constructive political dialogue to bolster economic reform and integration efforts throughout the region. Last year, the task force launched the Caribbean Energy Security Initiative, or CESI, to promote these dialogues and partnerships.

“The US has worked to galvanize political and economic efforts [in Latin America]…our role has been to help provide technical assistance, help identify challenges to financing energy projects, and to help establish a roadmap…with the end goal to have Caribbean and Central American countries integrated into the world energy market and make these countries more dynamic,” Gonzalez said.

Such efforts are a good first step, but they will only go so far, said Kerner: “The region is entering a new political phase that is going to be very challenging. If you look at the region, growth is slowing down and commodity prices are putting more pressure on governments to engage with energy sectors,” he said.

Governments are not in a flexible position to deal with these economic shifts and to adequately adopt the necessary reforms to address these shifts. Venezuela stands as the most critical state to address going forward because of its intrinsic political ties to nationalized oil production.

“The political room for governments to act on this pressure is very small. Venezuela is the clearest example of this pressure, so far,” said Kerner. “In other parts of the region, in Chile, Colombia, and Peru, for example…we see enormous pressure on governments to focus on energy sector reforms.”

“You have a lot of incumbent nationalist Presidents that were tied into national industries, particularly in the energy sector, and they are now weaker because these countries’ economies are now weaker due to low oil pricing and they now have less power to implement reform policies,” she said.

Going forward, Viscidi noted four possible scenarios for Venezuela: a constitutional rewrite that would legally force Maduro to resign, a national popular referendum, resignation of Maduro, or a military coup. “A national referendum is the most likely scenario we see going forward. The government has legal tools to do this and for the first time is a real possibility for reform,” she said.

Despite these political instabilities, Central and Latin America will remain in the crosshairs of the international energy market community. US President Barack Obama’s visit to Cuba in March and increased regional investment by China are two key signposts of the region’s future.

Gonzalez noted the importance of international partnerships in dealing with the region—particular with China.

“Any country that is going to play a positive role in the region’s economic investment is welcome to the table,” he said. “We don’t see it as a zero-sum game.”